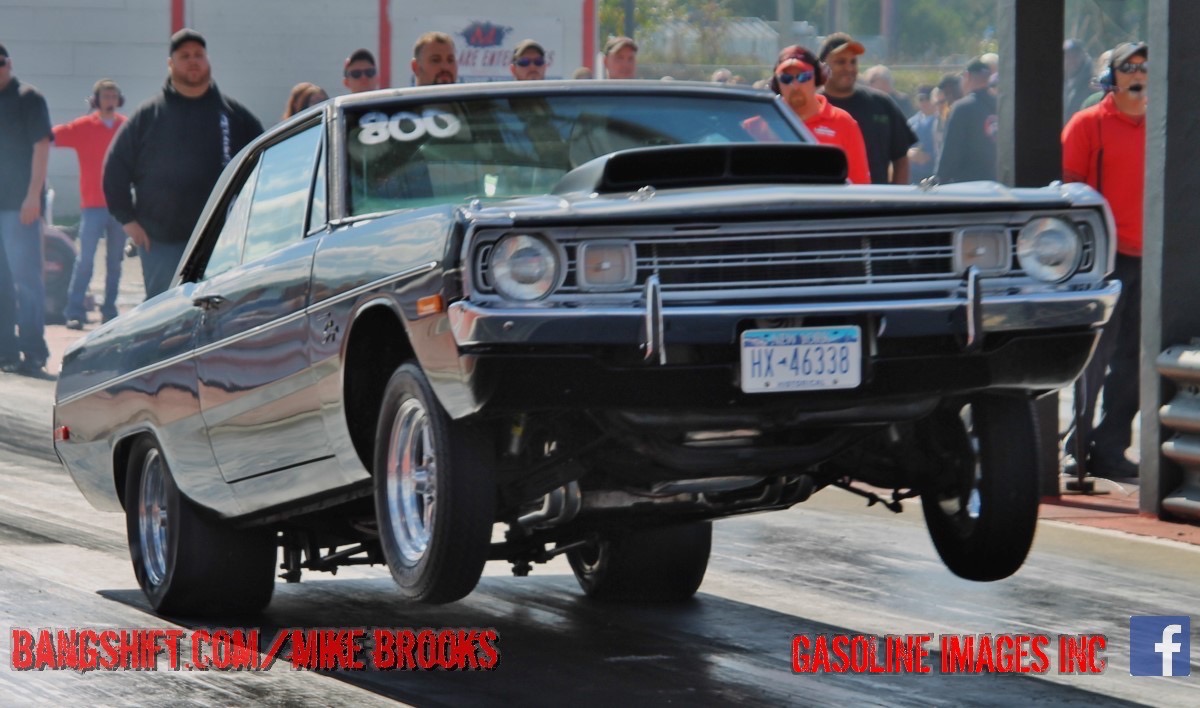 (Photos by Mike Brooks) – We told you it was going to be crazy and it sure was. Pro Mod a-Palooza at Lancaster National Dragway and its associated classes was wall to wall insanity from the moment the gates opened until about 12 hours later when track officials finally had to call the rest of the action off due to plummeting temperatures, a cold track, and an extensive cleanup due to the famed “Stretchy Truck” rolling over on the track. Nick is OK, the truck is not.

Anyway we’ll get to that in another story. Hundreds and hundreds of cars showed up to close out the season at Lancaster yesterday and there were traffic jams in multiple directions as racers lined up to get in the gate and prepare their stuff for time trial action in the morning. Mike Brooks was our man on the scene and he did a fantastic job blasting photos to document all of the various iron that was at the event.

In this first gallery we’re showing you Mike’s sportsman photos. We’ll get into the heavy duty door slammer stuff and some of the wall banging action that came with it in another story tomorrow. For now, check out the cool cars that showed up to pound the pavement at Lancaster National Dragway yesterday for a one day event that most of us will never forget.

Click on the images below to expand them and scroll on!