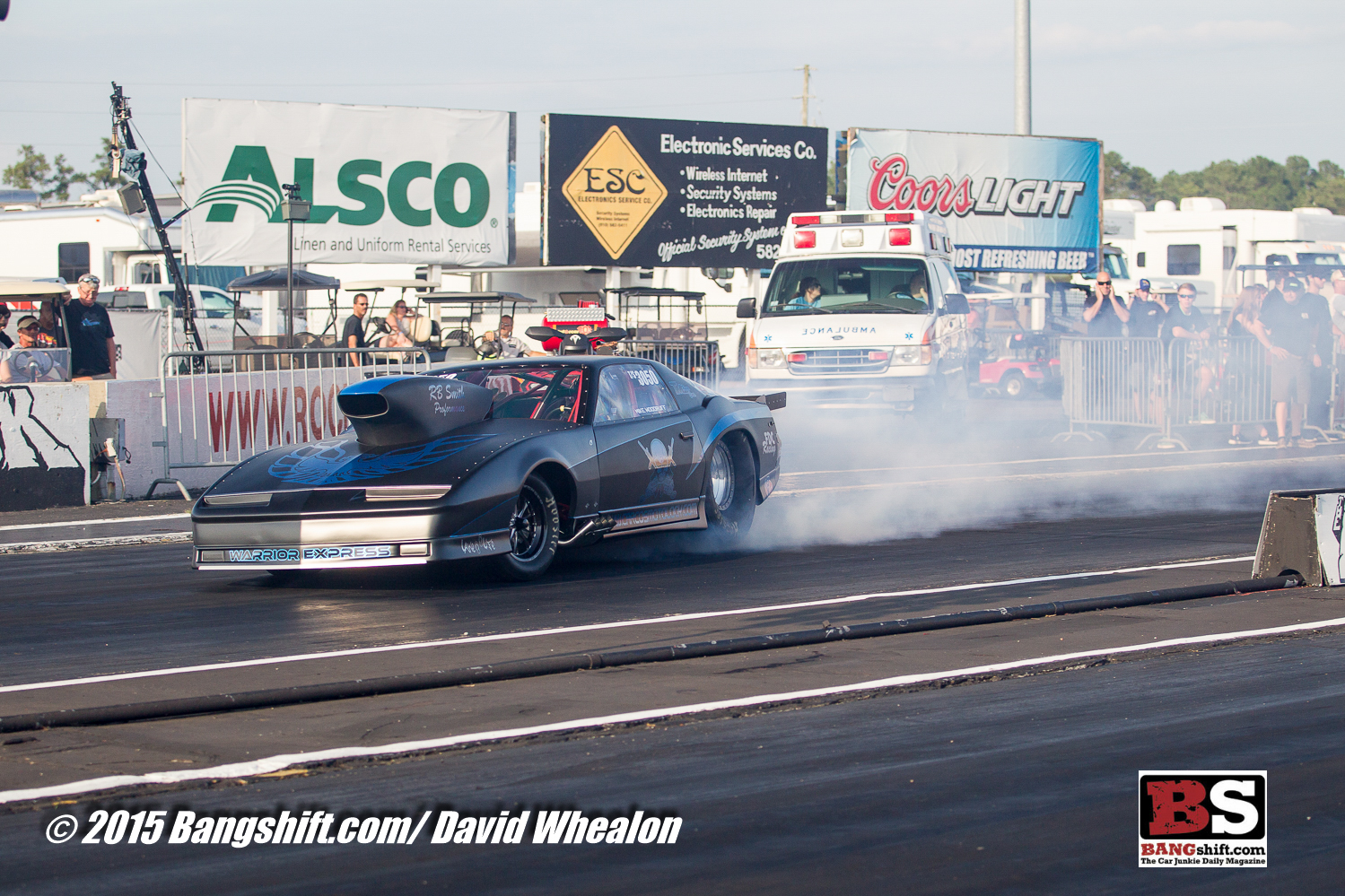 (Words and photos by David Whealon/DW-photos.net) – On the second trip for the PDRA in 2015 to the legendary Rockingham Dragway for the 2nd Annual Dragstock XII, most of the attention  was centered on the world’s fastest 1/8 mile Pro Mod doorslammers running down in the 3.40’s with the points battle boiling over for the season ending World Finals at Virginia Motorsports Park.  And when some of the crowd heads to the concession stands and pits after the PDRA pros make their wildly entertaining all over the place raging blasts down the 660, the equally awesome sportsman classes begin.

Those folks that left the stands thinking that funnel cake or nuclear gut bomb may be better than the action on the track, need to pack a lunch and stick around for the one of the most competitive brands of 1/8 sportsman racing around. In Magna Fuel Top Sportsman, racers are required to run at least 4.16 to even make an appearance at the season ending World Finals at VMP. With guys like veteran Ronnie Davis heading the pack the competition is fierce.

Along with TS the Dart Machinery Top Dragsters mostly running with low 4’s dials never fail to keep the action going. As always the house is packed full of the family orientated Huddleston Performance Jr. Dragsters. The Juniors’ always impress me with mom, dad and the whole family coaching their children down the strip. And what is a better way to gain the experience to move on up to the big cars after their 18th birthday. As was the case of the Messer Racing Racing team. With parents Amy and Ricky Messer tutoring their two daughters Kristi and Kimberly for the past few years in the juniors, they glowed while they watched the older Kristi qualify for her first ever Top Dragster show and win her first round. After that 1st round win it was way too cool seeing the excitement on their faces which was as if they took home the Wally at Indy.   That’s what the “run by racers for racers” PDRA is all about. Family, friends and most of all having fun.