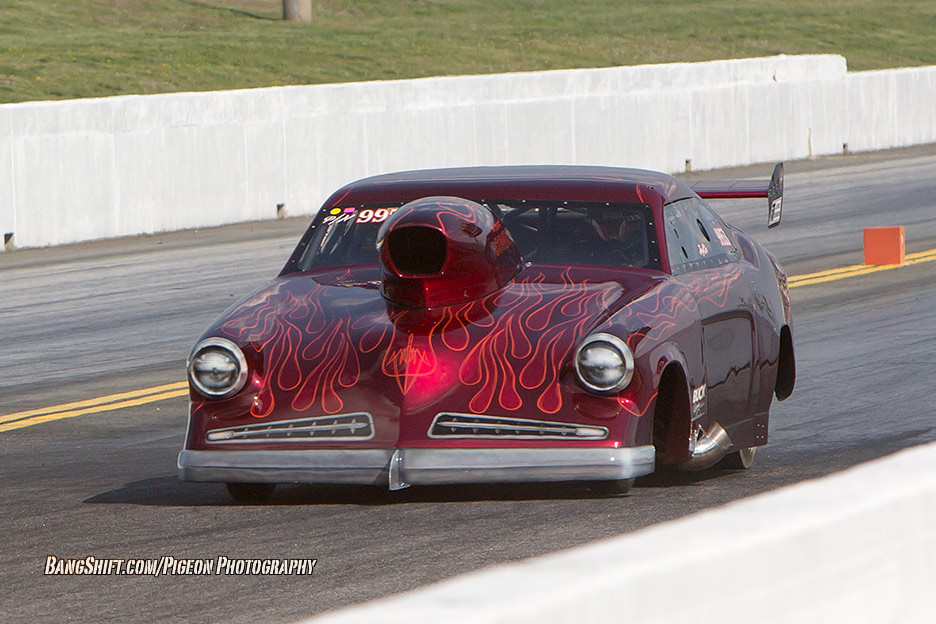 (Words and photos by Benoit Pigeon) – Powerful weekend in Virginia at VA Motorsports Park for the ﬁrst EOPM race of the year.  The event on Saturday April 12, was a special one as Stuart Williams, the creator of the series passed away a short two weeks earlier. A good number of cars showed up but many teams encountered problems and the ﬁeld was dropped to an 8 cars race.

If you have never heard of EOPM, it is one of the toughest regional series, typically dominated by nitrous cars and a good portion of the fastest Pro Nitrous cars you can ﬁnd anywhere.  In fact for regulars, Tommy Franklin and Jason Harris the two recent PDRA ﬁnalist were at the track. Blowers were limited in presence but one ProCharger equipped entry and one screw blower made the show with Todd Tuterrow ending in the semi ﬁnals.

The ﬁnal was sort of a deja vu from the prior week end only this time Franklin took the win.  For memories, Harris marked the events with two 200mph runs including a 201.07mph and both drivers ran into the 3.7 zone twice.

You can ﬁnd more info on the EOPM at www.extremeoutlawpromod.us 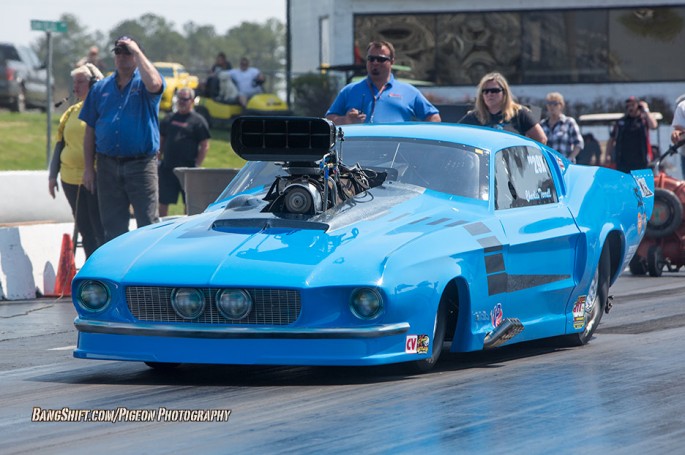 This Is Literally The Craziest Tractor Pulling Video We Have Ever Seen - Complete Destruction Registration Open For Eight Remaining USCA Events In 2014 - Race And Hobnob With BS Sponsors Like Lingenfelter, RideTech, and Jet Hot