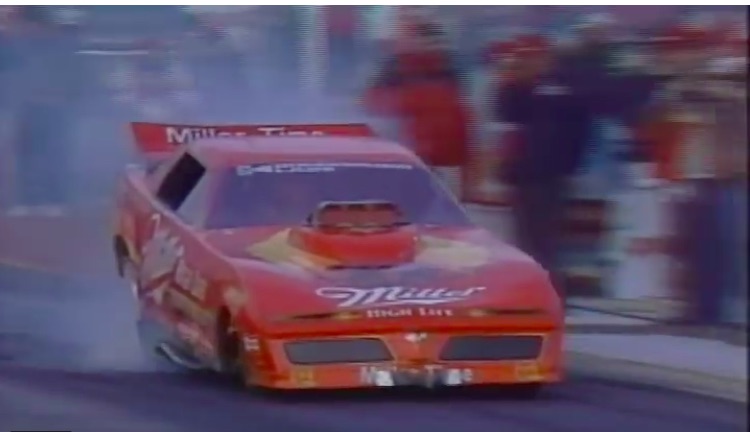 Tomorrow the professional action starts at the 2019 running of the NHRA Lucas Oil Winternationals. The 1985 race had all kinds of awesome action and was contested under cool, murky Southern California skies. This weekend at the race we’ll be racing under similarly murky conditions during part of the weekend and the temperatures are going to be cool, crazy cool and that should mean crazy fast on the race track.

Below we have the clipped finals from the three professional categories at the race. Pro stock, funny car, and top fuel. The funny car final was the showstopper of the race. Massachusetts based racer Al Segrini was taking on California legend Dale Pulde. Segrini was driving the funny car of Joe Pisano and as we’re friendly with Segrini we have heard the inside story of this run.

As Al told us, he knew that something was wrong with the clutch by the time he was done with the burnout. Back in the days before radios, the driver was in full control of what happened next. Not wanting to concede the run to Pulde and understanding that there would be consequences to his actions in going down the track, Al sat low in the seat and wait for the stuff to hit the fan.

How did it go? Watch and find out.

Check out the final rounds from the 1985 NHRA Winternationals below

This Econoline VS Corvair Truck Video From The 1960s Proves Everything You Ever Thought About Them Awesome 2021 Syracuse Nationals Photo Coverage: Proof That You Cannot Keep A Good Show Down!