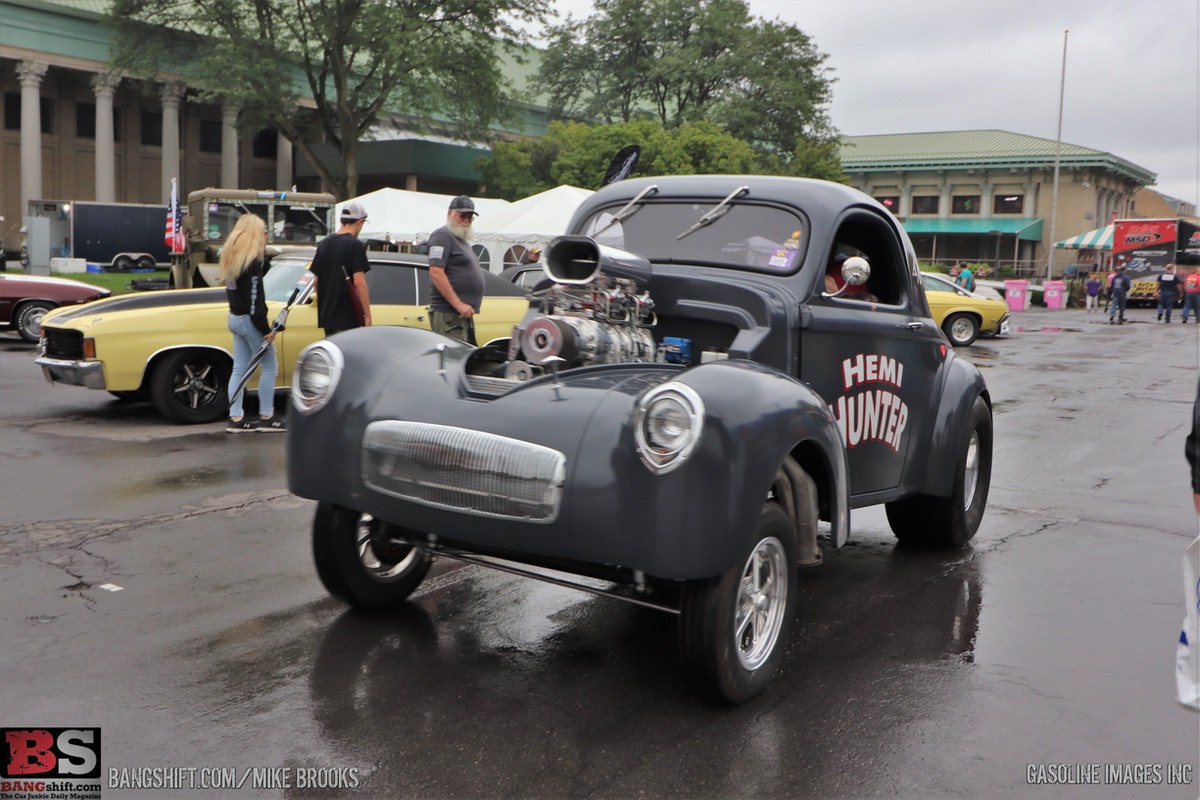 (Photos by Mike Brooks) – While things are not totally “normal” as we remember them to be in 2019, they are a lot closer than they were last year. That includes the ability to attend and enjoy some killer events around the country and that’s what we’re showing you today.

Recently, Mike Brooks went to the 2021 Syracuse Nationals in New York and had a blast. He said that the event was smaller than normal because of some rough weather and the fact that Canadian hot rodders still cannot get over the border to the USA to hang out but despite those two factors, the show was massive and incredible.

As far as car show events on the East Coast, few have the size and legacy as the Syracuse Nationals do. Loads of guys talk about wringing their street machines half to death on the long drive from southern New England to Syracuse back in the day and many of them still do it now.

Enjoy this first salvo of cool photos from Mike Brooks!

Watch The Top Fuel, Nitro Funny Car, and Pro Stock Finals From The 1985 NHRA Winternationals Peeking In The Petersen: Check Out These Images of The Coolest Cars Inside The Petersen Automotive Museum