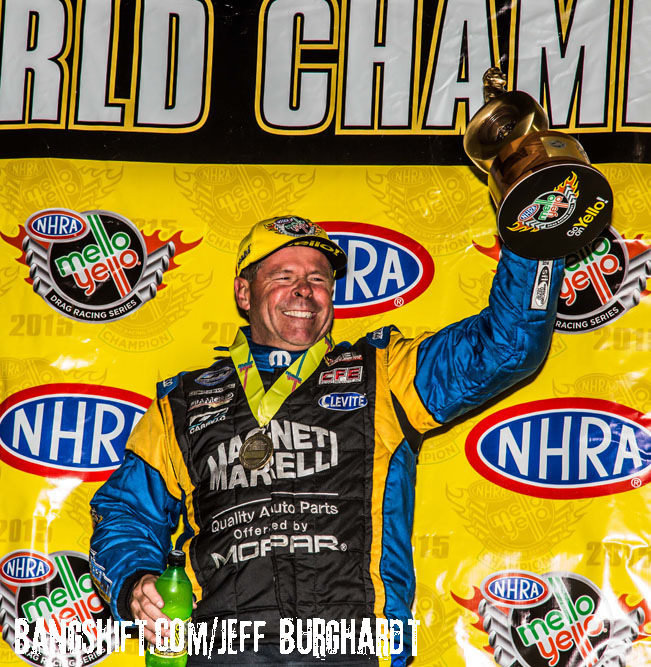 A Greeneville, Tennessee native, Johnson has been a fan favorite and especially popular with Mopar enthusiasts.  With Mopar’s Corporate help, Allen and his engine building father Roy have continued as independent racers in a sea of General Motors products, winning the 2012 NHRA Pro Stock World Championship.  However, during a Friday press conference at the NHRA U.S. Nationals in Indy he announced his retirement from Pro Stock competition at the end of this season. 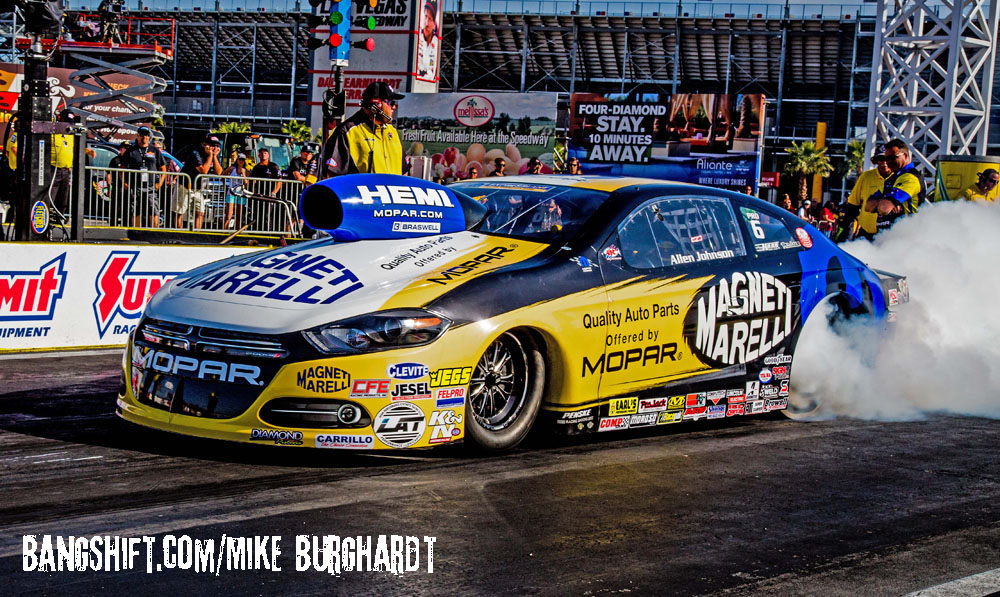 Johnson currently owns 27 NHRA National event wins, good for ninth overall in Pro Stock class history. His 37 No. 1 qualifier spots also rank sixth all-time in Pro Stock and are tied for 22nd overall in NHRA history. Johnson, with his father Roy Johnson by his side and building his engines, has raced to 59 final rounds in 497 career races during his 22-year career – all spent competing in a Mopar HEMI®-powered Dodge Pro Stock machine.
“Allen Johnson has served Mopar as a beloved ambassador for more than 20 years and has earned a special place in the hearts of our fans and in the history of our brand,” said Pietro Gorlier, Head of Parts and Service (Mopar) FCA – Global. “We will never forget Allen succeeding in his long quest to capture a Pro Stock championship, or his amazing run of victories at our showcase event, the Mopar Mile-High NHRA Nationals.
“I speak not just for the Mopar brand, but also on a personal level, when I say we cherish the special bonds we have built with AJ and his father Roy over the years. It’s been a family affair for them, and we wish them both, as well as the entire J&J Racing team, nothing but the best as they move on to their next challenge.” 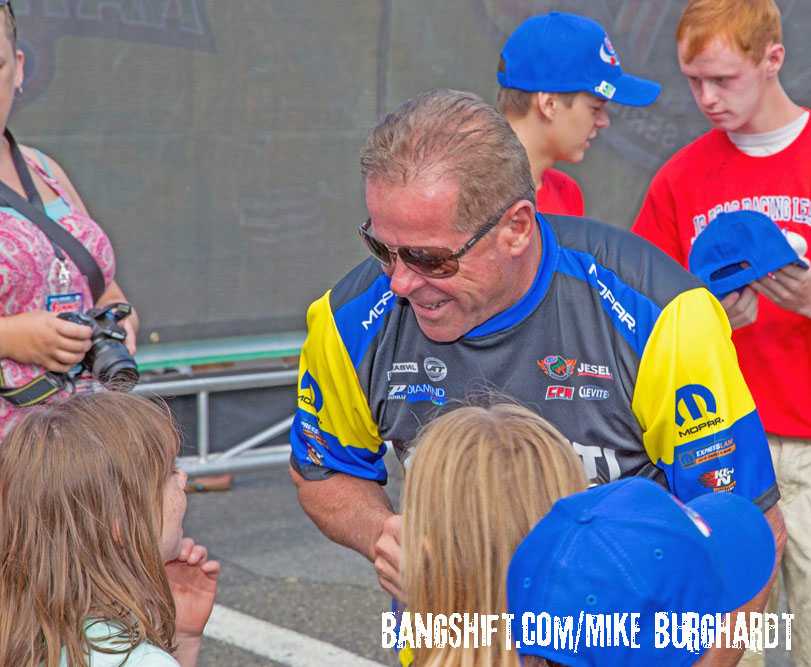 Johnson saved his best for the Mopar brand’s biggest event, the Mopar Mile-High NHRA Nationals held each July at Bandimere Speedway near Denver, earning the nickname “King of the Mountain.” Carrying the Mopar banner, he tasted victory at the event seven times, tied for most alongside Pro Stock legend Bob Glidden, and advanced to a record 11 final rounds. Between 2007-2016, Johnson built an amazing streak of 10 consecutive final-round appearances and a near-perfect 37-3 round-win record at the venue.
“It’s been an amazing run for my dad (Roy) and I, but it just felt like now was the right time to step away from the Pro Stock chapter of our careers,” said Johnson, whose wife Pam and mother Revonda are also familiar figures in the Pro Stock pits. “We’ve celebrated an NHRA World championship, captured wins at historic tracks like Gainesville, Pomona and Bandimere, and basically lived our dream for 22 years. We couldn’t have done it without the help and hard work of our J&J Racing team members over the years. 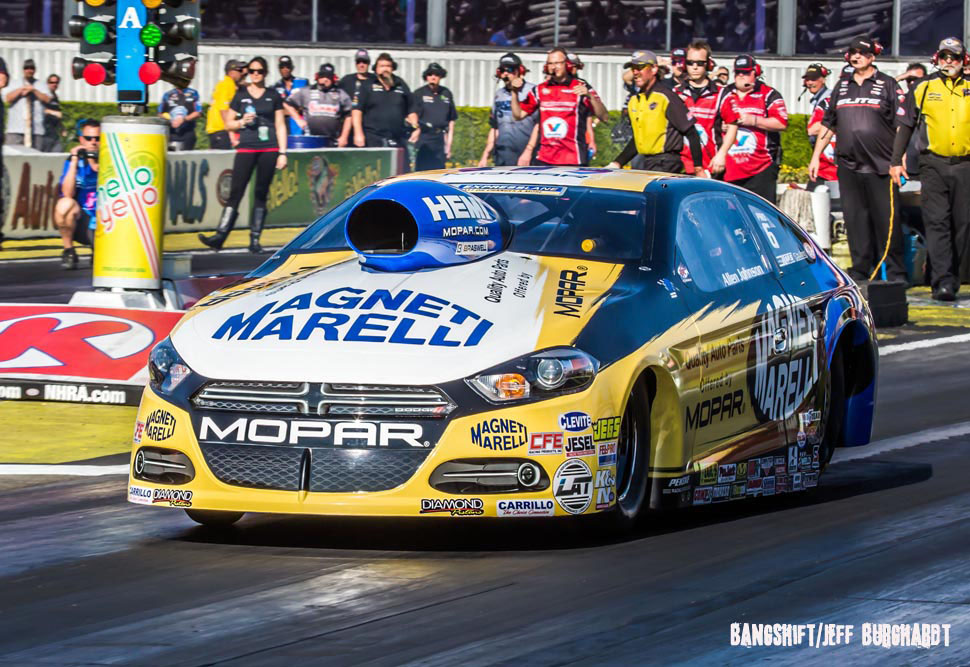 “Mopar has been there for all those 22 years, through the good times and the bad, either as our primary or associate sponsor, and it’s been just an amazing relationship. I’ve gotten close to so many folks from the brand, including Pietro (Gorlier, Head of Mopar), who has shown us great support and will often text or email me despite his busy schedule. We’ve also become friends with thousands of Mopar fans, who are some of the most passionate people you’ll run into. They’ve always had our back and cheered us on, I think because they know dad and I are just like them – our whole lives, all we’ve ever driven is Mopar.”
Championship Journey
Johnson entered his first Pro Stock event in 1996, forming the J&J Racing team along with his engine builder and father Roy, who worked as a technician at a Dodge dealership in the 1960s. Mopar through-and through from the start, both father and son competed in Mopar-powered NHRA Sportsman competition prior to their move to the professional ranks.
The team started humbly, entering 18 events that first year and only qualifying for one – the Mopar Mile-High Nationals. The Johnsons first tasted NHRA Pro Stock victory three years later at Richmond in 1999, as well as their first of 14 top-10 finishes in the final standings later that year. 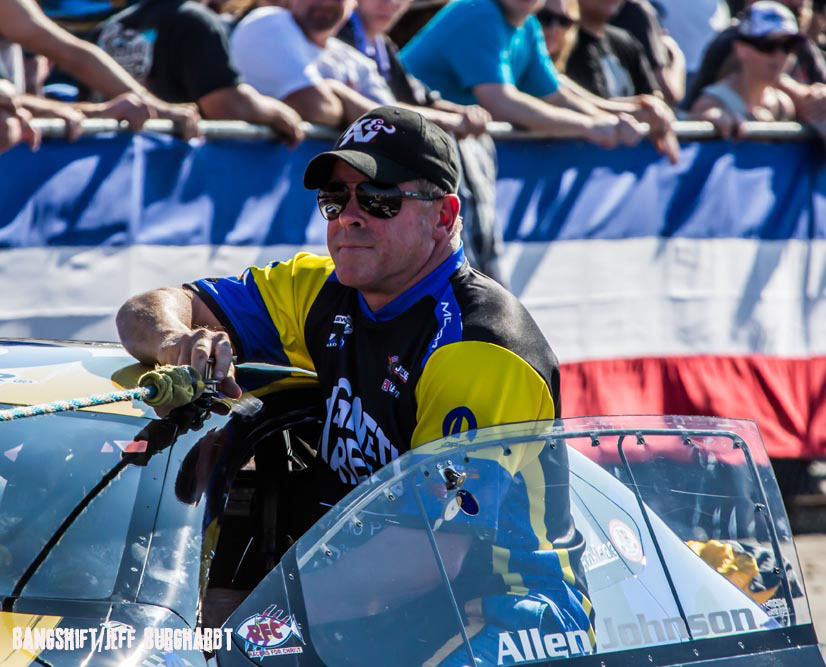 In 2012, after a 17-year chase, Allen finally broke through to take his place among the Pro Stock elite. He racked up career bests in wins (7), final round appearances (11), No. 1 qualifier spots (10) and round wins (55) en route to seizing the NHRA Pro Stock crown that year. He would finish runner-up in 2013 in his bid for a repeat but still celebrate another championship, with J&J Racing teammate and customer Jeg Coughlin Jr. edging him for the Pro Stock World title.
Final Fight
The retirement announcement by Johnson comes on the heels of a season-high No. 3 qualifying effort in his Dodge Dart at the recent NHRA Brainerd event and a string of encouraging performances.
Johnson is currently ninth in the Pro Stock standings and seeking to lock up a top-10 spot this weekend at the U.S. Nationals to secure his berth in the NHRA Countdown to the Championship playoffs for an 11th consecutive season. He has never missed the postseason dating back to 2007, when the NHRA first adopted the playoff format. 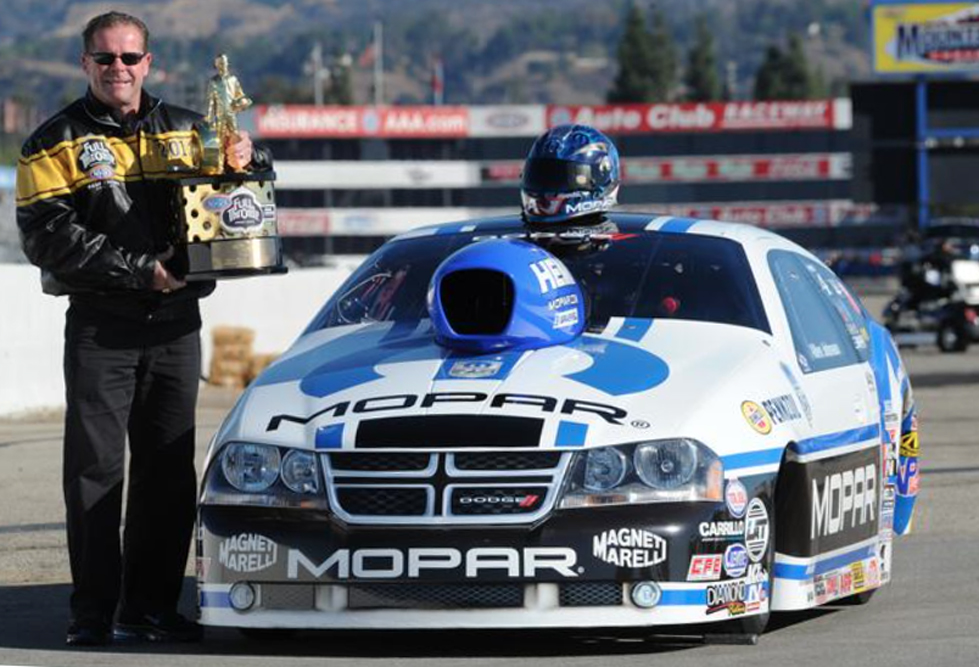 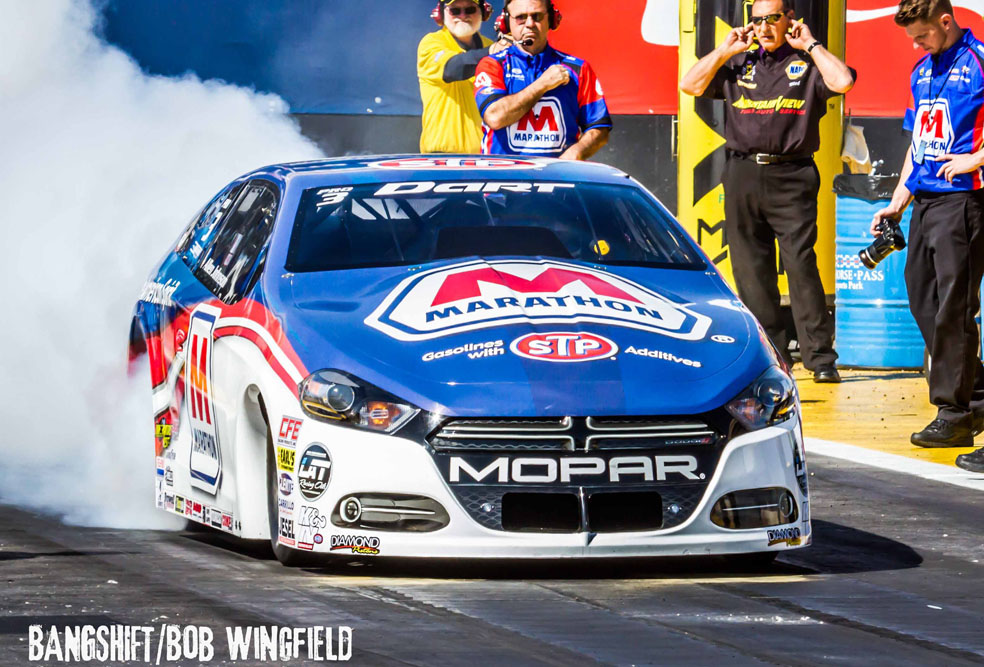 Bread Van Or Step Van, This Chevrolet Would Be An Awesome Hot Rod Tow Rig And Seems Cheap! Watch BJ Baldwin Tune Up The Hoonigan Lot Like Only He Can! Trophy Truck Tire Smoke For The Win!!!