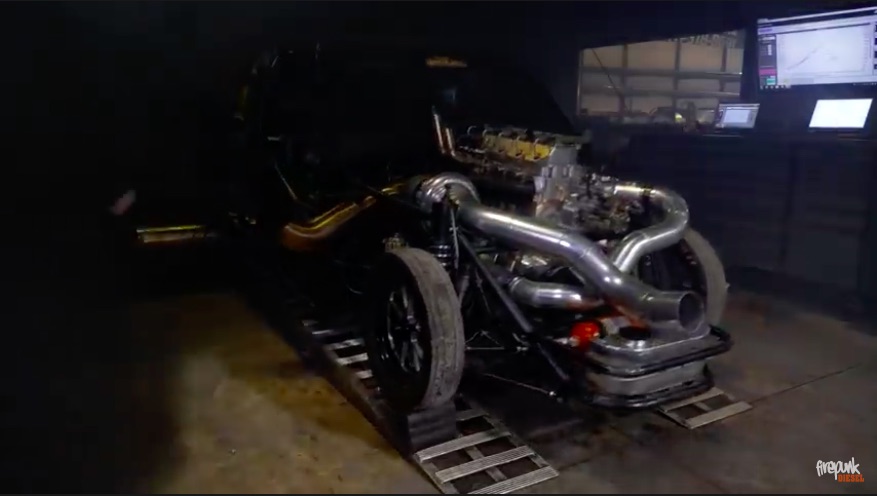 Lavon Miller, his brothers, and the rest of the crew at Firepunk Diesel are well known and much feared in the diesel competition community nationwide. From his early days at the Diesel Power Challenge to the recently record setting runs made by the truck in this video, the sky seems to be the limit for the operation. The record we mention was the 3.99 second run this rig made at Light Out in Georgia. It about brought the house down and was the first ever 3-second run in history for anything on diesel with doors in the history of drag racing. But it came with a price.

The truck, even at the race, was refusing to rev over 6,000 RPM. Yes, we said 6,000 and yes w are talking about a diesel. It is a big billet version of a 6.7L Cummins in the truck. Big boost, big fuel consumption, and big power being made at all times. But something was amiss so the guys strapped the beast down to their chassis dyno to make some 6,000R RPM hits.

They have a couple of theories on the problem and they have ways of testing those theories. Do they figure it out? Does the truck try to leap off the dyno during a pull? Both answers are yes. This video rules.