Project Angry Grandpa: The Second Round Of Work At BFNY Performance And Milan 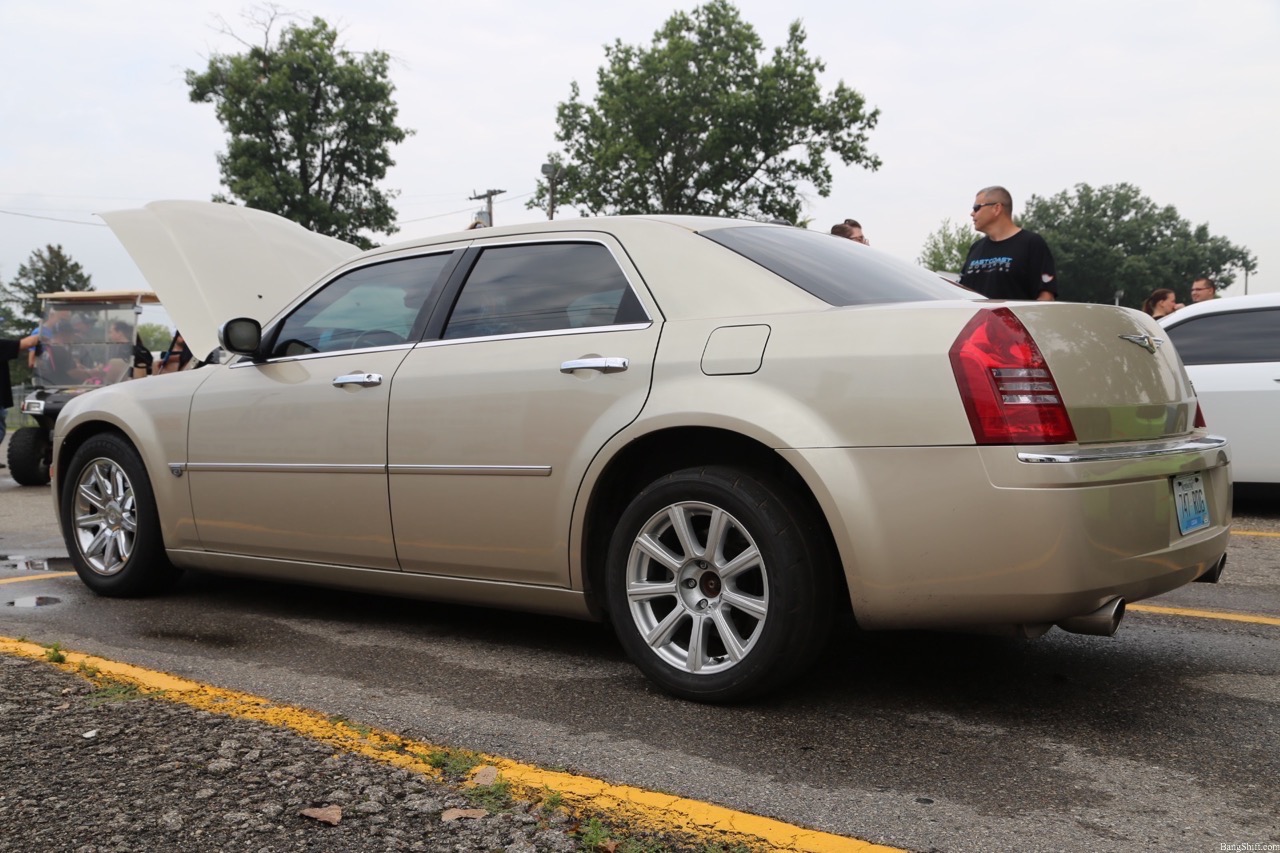 When we last left our in-house project Chrysler action-wise, I had finished up running at ChallengerFest 8 and was pretty content with the performance of the big gold brick. It wasn’t running anywhere near it’s [email protected] best, but it wasn’t running in the perfect cold November air at ATCO, either. It was deadly consistent and on a set of Mickey Thompson drag radials, the car was hooking and gone, with 1.9 second sixty foot times…much better than the 2.1-2.2 times it was normally producing. But in the interest of adding more in, there was still one part that needed to go onto the car: the correct, 3,000+ RPM stall converter. Originally, when Grandpa was treated to the buildup at BFNY Performance in Cleveland, Ohio, it was supposed to have gotten that converter installed. That didn’t happen, and for nearly a year, the Chrysler has been living with a converter that would flash at about 1,900 RPM…better than the OE converter, but not where Erik wanted the car to be.

In addition, after ChallengerFest, the Chrysler’s passenger-rear tone ring called it a day. This doesn’t make the car un-drivable, it just makes things annoying. I didn’t mind that all of the electronic nannies were now completely and utterly off. Don’t tell my wife, but I have had a riot of a time without traction control or electronic stability putting an end to the fun. But the tone ring shuts off cruise control, too. And call me spoiled if you will, but eight or nine hours on the road straight with my canoe-sized foot angled properly for the car to stay within the legal limit was beginning to work a nerve. So, prior to arriving in Detroit for the 2017 Modern Street Hemi Shootout series race at Milan Dragway and Woodward Avenue fun, a small detour was made to the little shop near the shores of Lake Erie for some work. 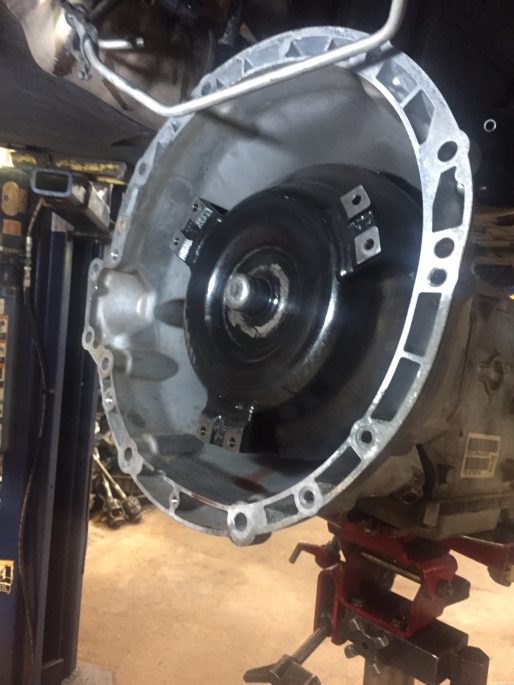 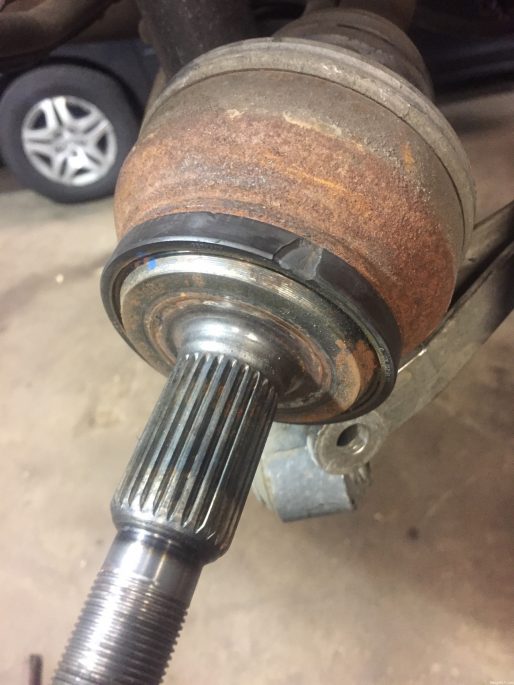 I’m under penalty of death (or refusal to tune, I’m not sure which) to not divulge how long the tasks took. I will say that changing the tone ring on a 6.1-style rear hub like AG now has is a pain in the ass and that at one point, things were flying and not in a good way. But by the early afternoon the Chrysler was buttoned up, tested out, and Haley and I were on our way to Detroit…after we stopped and checked out the sights, of course. 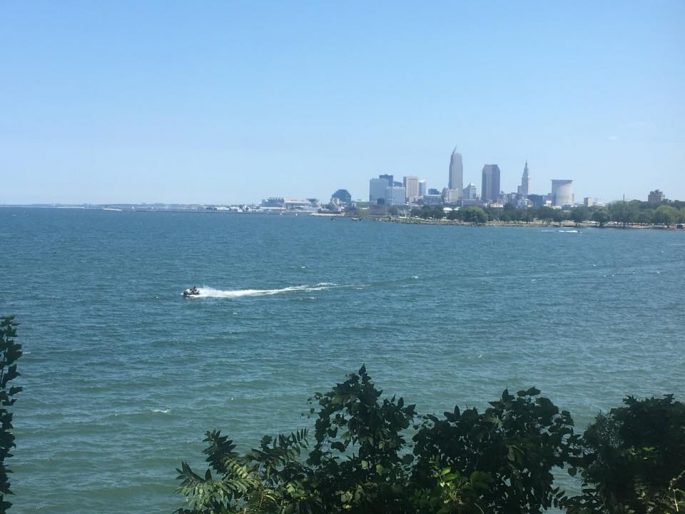 And shortly after we stopped for lunch, we ticked off another notch on Grandpa’s clock. Amazingly, not much has really failed on this car in the time we’ve owned it. Considering the abuses we put it through regularly, it’s almost a miracle. 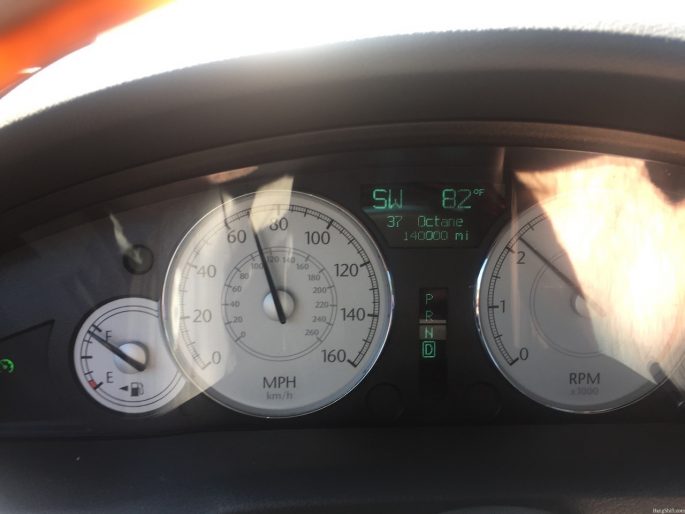 As we entered Michigan, we stopped at the Monroe rest area and watched as this gorgeous 1972 Pantera pulled in alongside us. Didn’t catch the owner’s name, but maybe the “AFL-NFL” license plate could have divulged a clue… 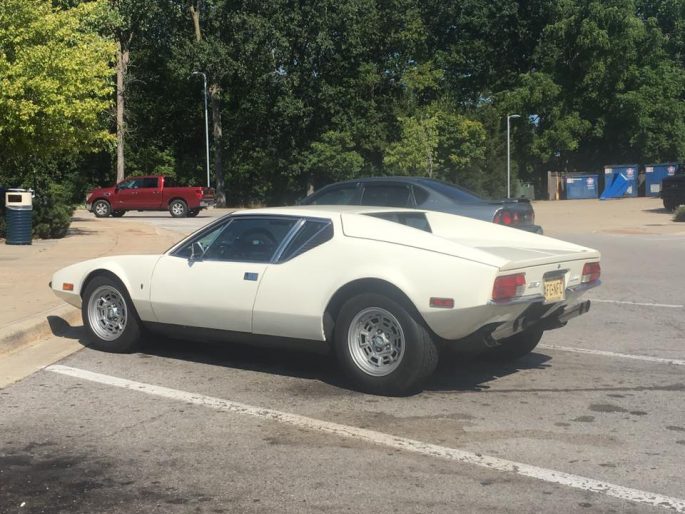 So, let’s move ahead to our adventure at Milan. I’ll say it right off of the bat: the twelve-second goal is still a goal and nothing more. As we were eating breakfast, Haley and I kept checking the weather. Prognosis: not good. Dan VanHorn, the man behind MSHS’s momentum, was quick to note me as a pessimist and told me to quit being a chicken shit and to just show up and run. So we did…as soon as we were through the gate, the front seat got ripped out and the brand-new Nitto drag radials (still on the weenie rear wheels) were bolted up. I was first in line to get onto the strip because I didn’t know how many runs I’d be able to make at all, and I was excited to see the improvement.

I’m not posting numbers up because across the board, regardless of combination, the Milan session wasn’t good. Everybody seemed to be down several tenths on overall E.T. and in the 60′ mark. I will say that the Chrysler feels like it’s leaving harder than ever, but I don’t have any times that back up the butt dyno. The heat, humidity and water-rich air did no favors for anybody who got to run down the strip, and after the test-and-tune session, even that got wiped out. Mother Nature decided to rain all over everybody’s parade and by the time I got the radials changed out, the seat re-installed and everything loaded up, I looked like a drowned rat and smelled worse.

Grandpa has an improved feeling. Now, we just have to get a useful track day and prove it. I’m looking forward to the first crisp fall day at Beech Bend so that I can let it eat and see just what it’ll do.

To Innocent To Die: This 1984 Ford Mustang Is Sitting In A Copart Lot As A Donation! BangShift Question Of The Day: What's The Strangest Thing You've Ever Seen Run The Quarter Mile?

2 thoughts on “Project Angry Grandpa: The Second Round Of Work At BFNY Performance And Milan”