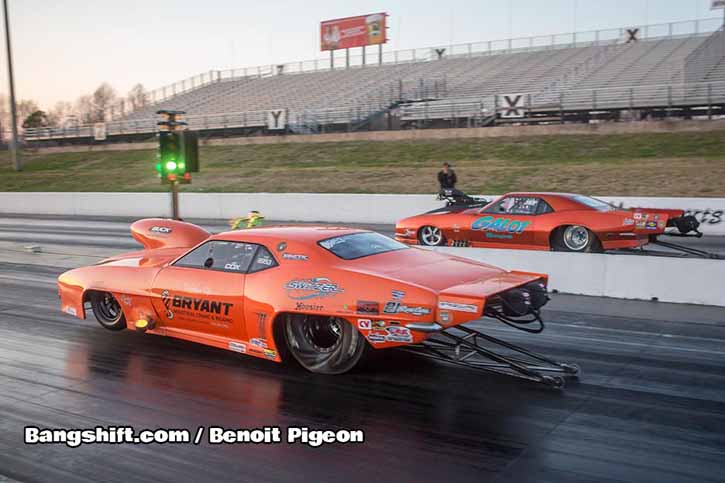 (Words and photos by Benoit Pigeon) – This past Saturday was the Extreme Outlaw Pro Mods ﬁrst event of the year. This regional series has nine races on it’s schedule and this year all events are disputed in North Carolina and Virginia. It regroups many of the fastest 1/8th pro Modiﬁeds in the nation. This ﬁrst event, contested at Virginia Motorsports Park in Dinwiddie, VA, saw New Yorker Chris Rini take the win driving his Charlie Buck powered Camaro past Jay Cox the top qualiﬁer.  Two other drivers made their ﬁrst at this race.  While not new to EOPM, Justin Wall from NC made his ﬁrst runs with a blower, driving the same car he previously ran with a nitrous engine.

It was also the ﬁrst event for Ty Tutterow, son of Todd Tutterow, who went to win his very ﬁrst round before being defeated by the fastest car of the event, driven by Jay Cox. Next race will be VMP during the Super Chevy show, then in June will be held at the brand new Galot Motorsports Park in Benson, NC for the Grand Opening of the race track. Historic Piedmont Raceway and home of the Big Dog, near Greensboro will be the next stop after Galot. 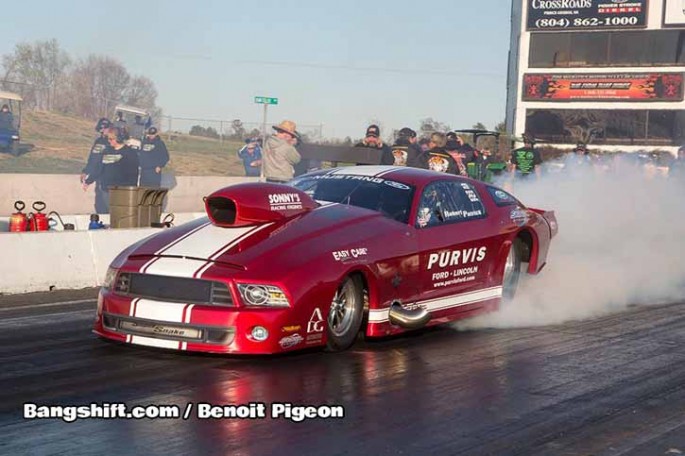 Ratty Gassers, Bare Metal Customs, and Pinstriped Beauties At Viva Las Vegas 2015 10,000RPM Scream! Valiant Has A Dodge NASCAR Engine In It And It Runs 9s On An Airport Runway In Estonia!