Racing And Action Footage From The Race 4 Real At Sydney Dragway – Something For Everybody! 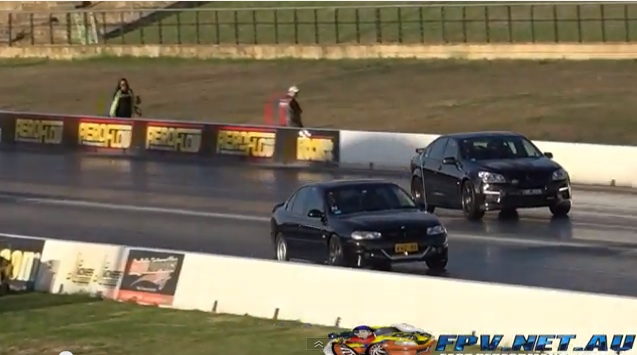 As we start our season of racing here in the Northern Hemisphere, the Aussies are starting to wind down their season…somewhat. Do you Aussies actually have a racing “off” season? It doesn’t seem likely, considering that Sydney Dragway’s schedule is fully populated throughout the year. The Race 4 Real series they run is an upgraded test-and-tune session that incorporates any and all vehicles that are legal. This is a neat collection of vehicles on the track…you’ll see the expected Fords and Holdens, but some of the more unexpected rides make this video awesome. You’ll hear a couple of Mazda rotaries wicked up to 11 making some quick passes. A third-gen Firebird that could easily be an old Pro Stocker hits the track. A Jeep Wrangler TJ is on the course and it looks a bit too squirrelly on it’s run to say it’s completely stock. And of course, there are Aussie burnouts, and the finishing part of the night has to be part of a comedy act…we hope so, at least.

Random Car Review: The 1970 Baldwin-Motion "Maco Shark" - One Of The Most Expensive Baldwin-Motion Projects Ever! When Two Camaros Get Together At The Top End Of The Drag Strip, Nothing Good Can Come Of It

One thought on “Racing And Action Footage From The Race 4 Real At Sydney Dragway – Something For Everybody!”