Racing Carnage: Watch As This Mitsubishi Eclipse’s Transmission Explodes During A Run

Collin Willshire is the owner of Jett Racing and the badass 2002 Mitsubishi Eclipse in this video. Don’t snicker at the idea of a badass Eclipse, this car has claimed the title of the fastest four-banger on a 10.5 tire in the world. It’s packing a billet-block Mitsu 4G63 that is inhaling tons of boost and is capable of a [email protected] mph quarter mile. It’s an evil little piece and like any evil drag car, when something goes wrong, it does so in a spectacular fashion. 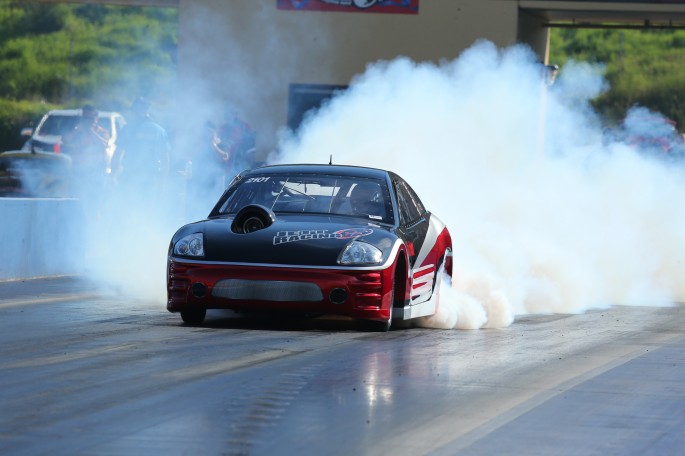 The Eclipse uses a three-speed transmission (which looks like a Liberty/GForce style) , and during this run it decided it had quite enough of the abuse and proceeded to grenade at about half-track, with 3rd gear making a very hasty exit out of the case. Luckily, the uninjured Willshire remains calm and gets the Eclipse shut down and coasting quickly, which is far more than what could be said for our reactions. Someone tell the Safari crew to bring a new pair of shorts with them, please.

2 thoughts on “Racing Carnage: Watch As This Mitsubishi Eclipse’s Transmission Explodes During A Run”