Radical Overkill Or Just Enough: This Sorted R32 Skyline Takes On The Most Fearsome Time-Attack Corvette Around 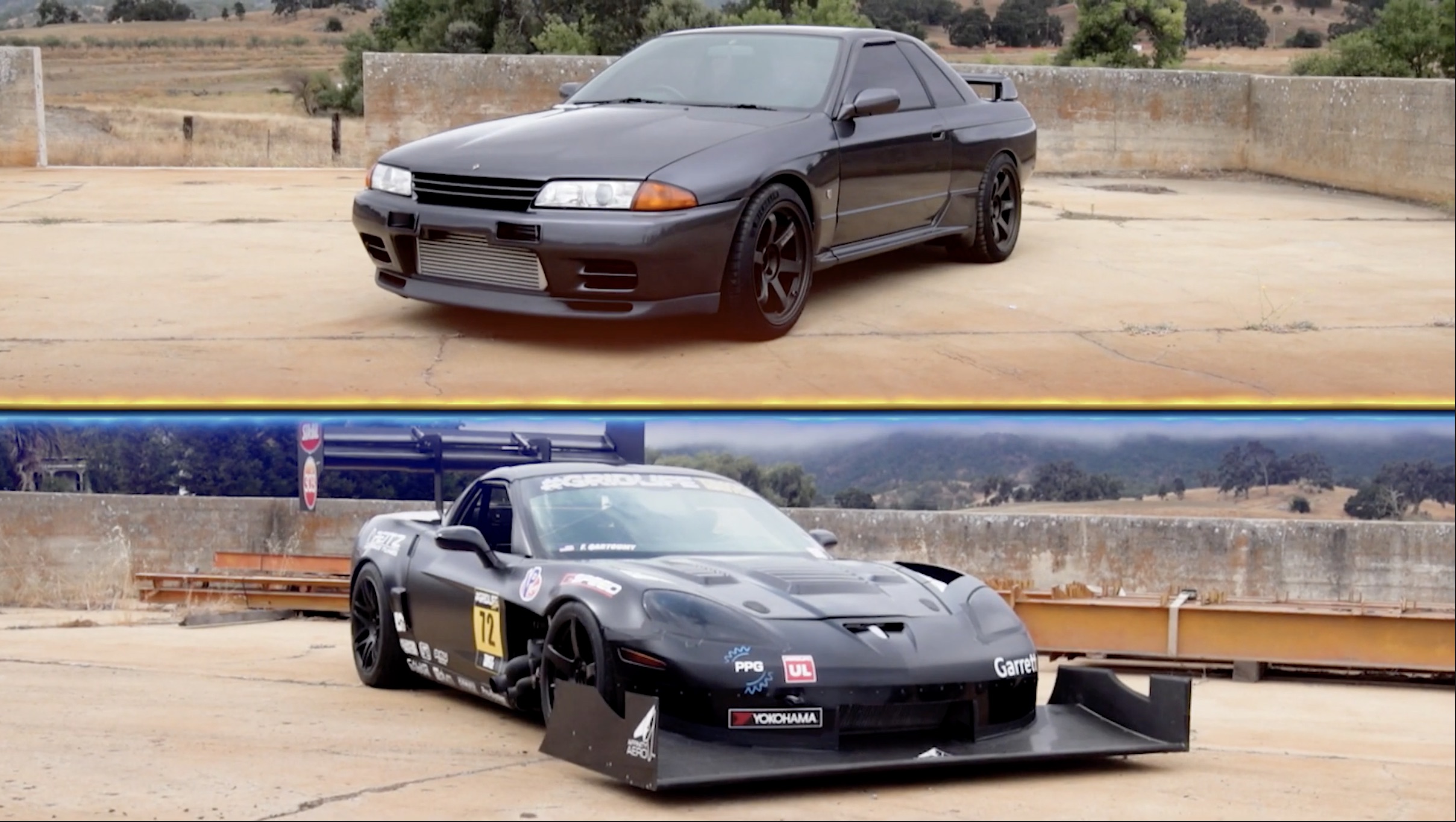 I love racing match-ups like this, where the obvious answer might not always be right. On the surface, a street-oriented Nissan Skyline GT-R going up against the monster that is Feras Qartoumy’s time-attack built Corvette seems like an open-and-shut case: hand the trophy to the car that recently lapped Road America in a blistering 2:04.877…that’s on-par with a Chevrolet Corvette C8.R GT LeMans machine and a Trans Am racer. What started life as a Z06 Corvette is now a beast that is spent all of 2021 racking up record after freaking record. It might look like a cross between somebody’s Kaido racer nightmare and a Pikes Peak Unlimited-class racer, but everything that you see on the car exists solely to make it faster.

Then…a 600-horsepower Skyline. Look, I get the fascination with these cars. I drove one. The acceleration potential, even in a mild build, is startling and 600 horsepower is nothing to sneeze at. The R32 is no slouch…there’s a reason why fans were bypassing import laws to get these cars into the country before their 25-year waiting period was up. They will hook and book, emphasis strongly on “hook”.

So, on the surface, when it comes to a drag race, the Corvette should, by all rights, stomp Godzilla down each and every time, right? Maybe. There’s a 300-horsepower deficit that isn’t easy to swallow. But does a ton of torque in a Corvette wearing every possible aero trick in the book mean that the all-wheel-drive legend has a chance to win based on a holeshot? Hit play below to see the results of this pairing!

Testing Shocks Through The Whoops At 115mph: Ken Block Testing His Trophy Truck With Lots Of Slow Motion Video! Trucker's Delight: Junkyard Digs Rescues This CB-Era Squarebody From A Shop Frozen In Time

4 thoughts on “Radical Overkill Or Just Enough: This Sorted R32 Skyline Takes On The Most Fearsome Time-Attack Corvette Around”