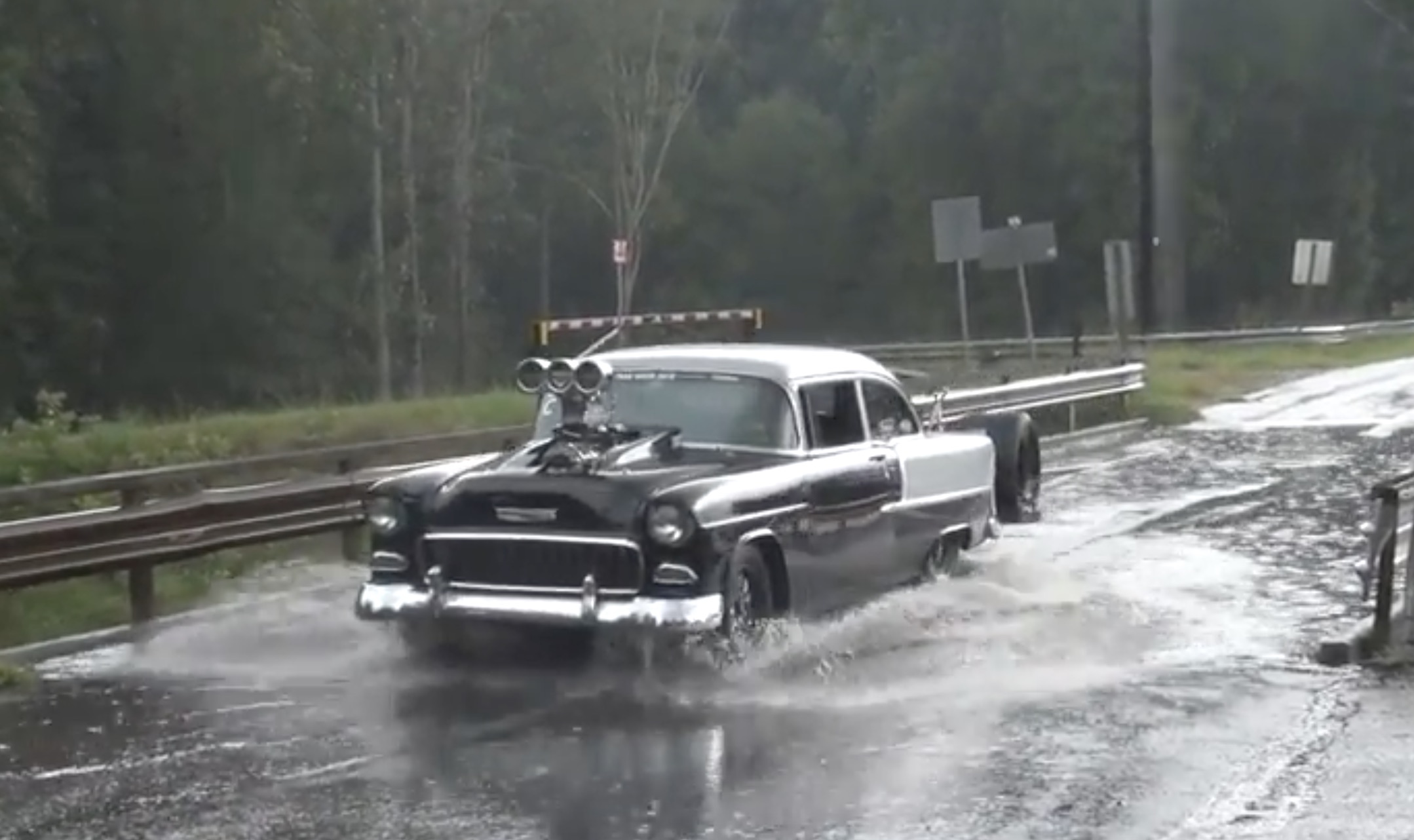 Being fair, nobody who had a hand in planning Hot Rod Drag Week’s course for 2018 could’ve seen Hurricane Florence coming in to wreak havoc on the event. That’s just the way the Atlantic hurricane season goes. But what no Drag Weeker was really ready for was the storm system that hit the Southeast a couple of days ago. What it did to Beech Bend for the last day of LS Fest was not pretty, and you’ll see those photos in a bit. But what it did to the drive to Darlington Dragway in South Carolina was even more impressive. Highly-powered race cars, plates or not, do not appreciate standing water deep enough to make roostertails and bow waves. Cars on steamrollers don’t like wet roadways, period. Can you say “hydroplane”? It might not be as easy as whatever expletive was used when the tail got loose or the whole car went floaty, but such is life for a traveling circus of speed. Just like the Postal Service, via rain or shine, these races will be ran – hopefully before a major weather event screws up the fun! Hitch a ride along with the 1320Video crew to see what went down on the saturated drive!

Another One Coming Back To Life: McCool's Charger Gets It's New Big-Block Mopar! Video: This Rally Car Launches Off A Cliff, Rolls A Billion Times, And Everyone Lives