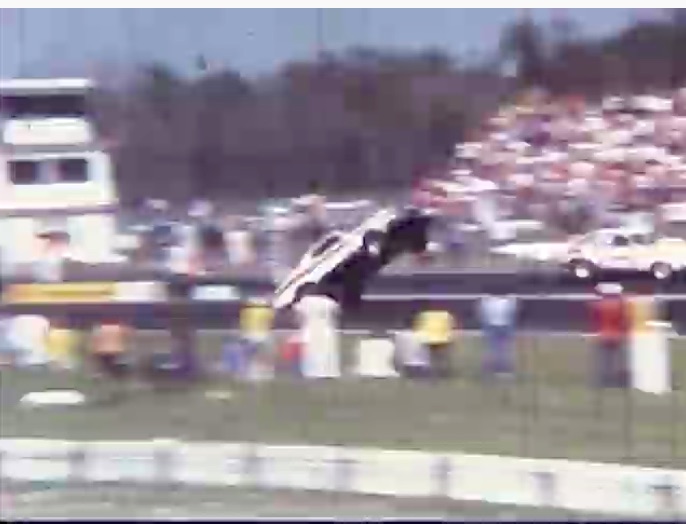 We’re back with more awesome drag racing footage centering around fun in the 1970s. The same guy who shot the last batch, John Bell, shot this stuff. He was in the right place at the right time a lot during his national travels during the decade of bell bottoms and platform shoes. You will see the best video we have ever laid eyes on of “The Wheelie”, which is the moment Her McCandless stood his pro stocker on the bumper at E-Town in the early 1970s. You will also see “The Wheelie II” when Jungle Jim went into a wheelie at half track next to Al Segrini at the 1974 NHRA SummerNationals and Segrini shot by for the win.

Outside of that, this is a freaking non-stop collection of bad ass stuff. You will see Broadway Freddie’s car post wreckage, you will see fires, crashes, icons, and names that left the sport as quickly as they came. We’re thankful that Bell saved all the footage and eventually got it digitized. It raises the same question.

How much of this stuff is still out there waiting to be discovered? We think that the answer is immense amounts. Lots of people took films back in the day and loads of them are sitting around waiting to be discovered or to be thrown aside. We’re hoping that more John Bells show up soon and share their awesome captured memories with the world.

Press play below to see the latest of the John Bell series of drag racing films – these rule!