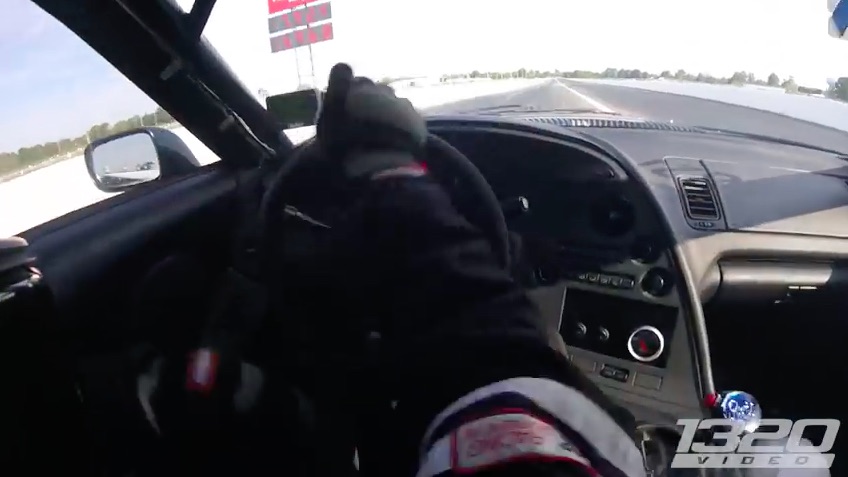 Perhaps the most defining attribute to Hot Rod Magazine Drag Week 2016 was its diversity. We saw more interesting stuff packed into the near 400 entries that the event brought than we ever have. Those things ranged from big, slow cars to some of the fastest non-domestic stuff the event has ever witnessed. Real Street Performance’s Jay Meagher had an awesome seven second Toyota Supra which was at the top of that list. It was great watching it pull the wheels and scream down the track making the kinds of noises only a 2JZ can. There was one moment at Lucas Oil Raceway that really threw us for a loop and nearly threw Jay for one as well.

At the top end of the track, the motor torched the head and that allowed a LOT of water to escape in a very quick fashion. Once that happened the car was basically sliding in its own juices and because of experience, a heads up driver, and someone who is apparently the calmest person in the world, all was not lost. At the first sign of trouble Meagher threw out the parachute and set to work steering the car. From the announcing deck this looked hairy but in the car it looks even crazier.

You’ll see that there was a small under hood fire that touched off as well and the fire crew at Lucas Oil Raceway was right on the scene to put it out. Through the whole thing, Meagher’s temperament and approach to this stuff is on display. The guy starts talking to the car like it is a living breathing thing and frankly this fits a later story that he told us personally in the tower. The car quit in the middle of nowhere and he got out, addressed the car like a child, allowed the thing to have a temper tantrum, got back in, started it up, and drove away. After watching this video we can totally see it happening!

What’s the post script of this video? Jay pulled the head in the pits and was approached by a guy offering to weld it up. Who was it? The machine shop manager at Indy Performance! Yes, the guys who make all the bad ass AMC and Hemi stuff welded up Jay’s head, he put it back together and he finished the week under power.

This guy, like all Drag Week competitors is a boss.

Hydrazine Video: This 1966 NASA Film Is All About Hydrazine, How Bad It Is, and How It Is Properly Handled Watch The 7,700hp American Ethanol Catamaran Run 217mph At The Lake Of The Ozarks Shootout