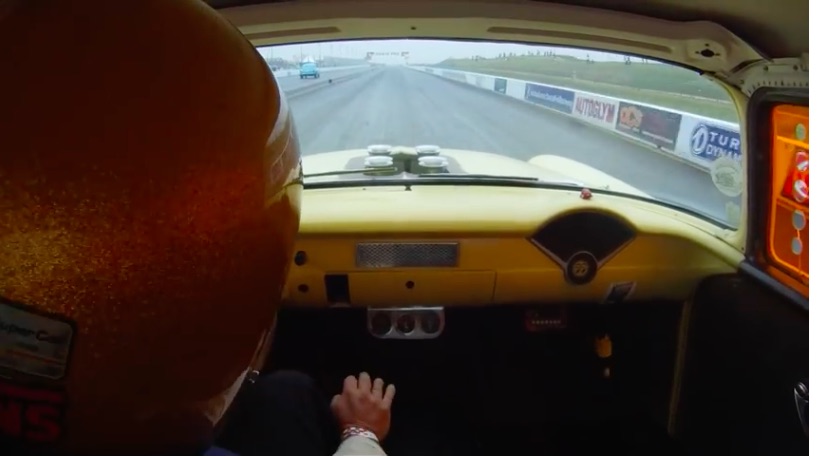 When you have a car called the Crowd Pleaser, you best live up to your name and we can assure you that this dude does. Using a small block, a 1955 Chevrolet, and a four speed to produce wheels-up, screaming, gear-banging runs is one way to please the crowd and we think he’s totally a worthy candidate for our week ending American Powertrain Parting Shift blog entry.

While we lack specifics on the car and driver, the thing plays a mechanical song that has been tickling the ear holes of drag racing fans for more than 60 years. Lots of RPM and that dip in the pitch of the noise with each successive gear change. This truly is the good stuff and it is a form of mechanical language that transcends not only time, but oceans, cultures, and whatever else you can think of.

The other awesome thing about this video is the fact that the dude is obviously bracket or handicap index racing the car because his competition gets a good long run on him and when he bangs the ’55 into 4th gear he blows by the other racer like the dude is tied to a tree! He actually rips the throttle closed early after blowing him off. We’re guessing that’s in an effort not to break out.

Yes, the dude is using the clutch between gears but ya know what? We’re not knocking points off of that. His car, he gets to decide how he drives it. He’s still doing it the cool way with an H-pattern shifter and three pedals swinging under the dash.

When The Wheels Fall Off: Watch Daniel Wilkerson's Crazy Crash From The 2009 NHRA Memphis Event 2021 Ford Carlisle Nationals Photo Coverage: We Grab Our Final Photographic Gear From The Show