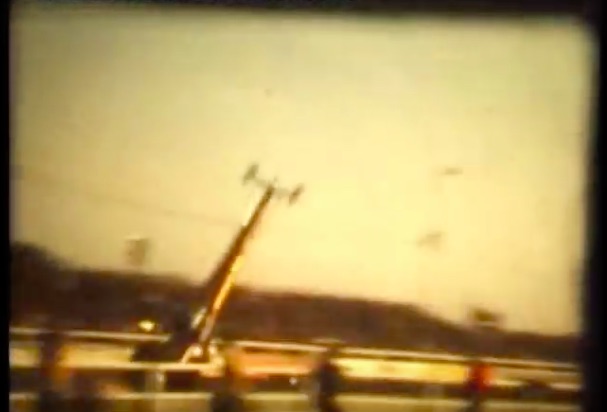 Having had the chance to hang out with some dedicated drag racing fans from the UK at the NHRA Gatornationals last weekend, I have had Santa Pod on my mind this week. The place has loads of awesome history and memories attached to it and when I was running through my mental rolodex of ideas I decided to try and dig up video of an interesting day at the track. Lo and behold, I found it. Sometimes the internet is awesome.

We’re going to take a peek back here to 1978 and a day when Sammy Miller rocketed (literally) down the track in his funny car and a day when what had to have been the last front engine top fuel dragster of the day was retired forever. Sammy Miller’s name needs no introduction but the other racer likely does. Mickey Nayler was the owner and driver of a really nice top fuel car called the Medicine Man. Built by Don Long as one of the last slingshots he would ever stick together in 1971, the car ran a 417ci aluminum Donovan hemi on nitro backed by a two speed transmission. As many of you know, by 1978, the rear engine dragster was the de facto method of getting down the track in top fuel, but Nayler held out and held out strong over in England. We’re reasonably sure that his was the last front engine top fuel car still running the category by this time in history.

As you will see around the 3:00 mark, Nayler came off the starting line and because the nose ballast apparently fell off the car, he launched skyward and ended up flipping the car over and rolling it multiple times, effectively destroying the car. We’re guessing that this car was likely running in the low 6-second bracket well in excess of 200mph.

The cars are cool, the crowds are big, and one of the world’s neatest drag strips was living large in ’78!

Eat This, Nader: Waking Up A Dusty Corvair And Bringing It Out Into The Light Unhinged: The Final Project Car? I Believe I Have Found It