See Mark Taliaferro Suffer A Wild Alky Dragster Crash At NHRA Seattle 2014 From The Perspective Of The Engine! 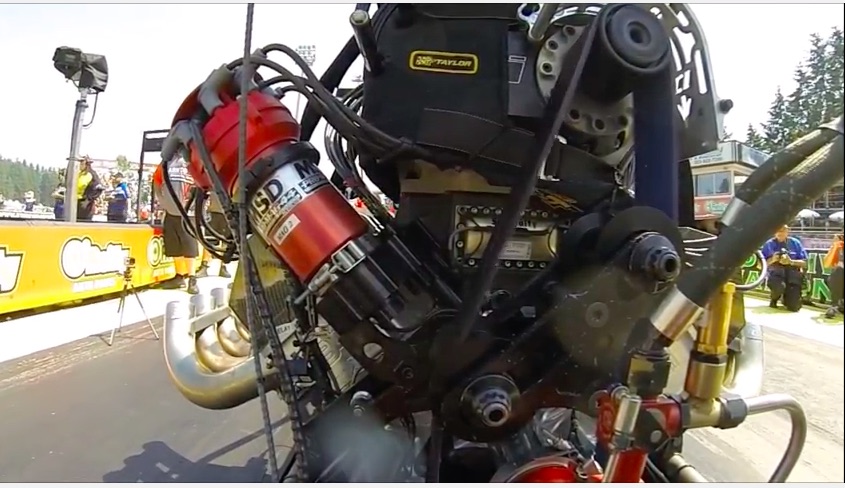 Back in 2014, NHRA top alcohol dragster driver Mark Taliaferro experienced a really nasty wreck in his race car. You have likely seen the footage of the car shooting across the track, hitting the wall, and flopping around in a very scary fashion. One thing we’re sure you have not seen is the view of the crash from below. You are going to experience the fury of the wreck from the perspective of the engine and a camera that was mounted to watch the front of the big blown hemi as it traveled down the track.

Often times crews will mount a camera in this position if they are having issues with blower belts breaking or other problems that seems to be happening down track so that they can diagnose or at least figure out what’s causing the issue. When the guys stuck this GoPro to the chassis they never expected to capture what they did.

To us, the wildest part is when the car shoots across the track and makes initial contact. From that point on it is virtually impossible to tell when the whole mess stops moving. At one point it seems like the calamity is over only for the bouncing and banging to start again. The NHRA safety Safari responds immediately and are on scene to put out the small fire that has started by the engine.

Mark was fine and managed to climb out of the car unassisted after all this was said and done. Pretty amazing that the camera stayed working this whole time! Top alcohol dragster is one of the most exciting classes in NHRA drag racing and not because of crashes, they are infrequent. It is exciting because the cars are often fielded by family teams who are still racing for the love of the game rather than chasing the bright lights of stardom.