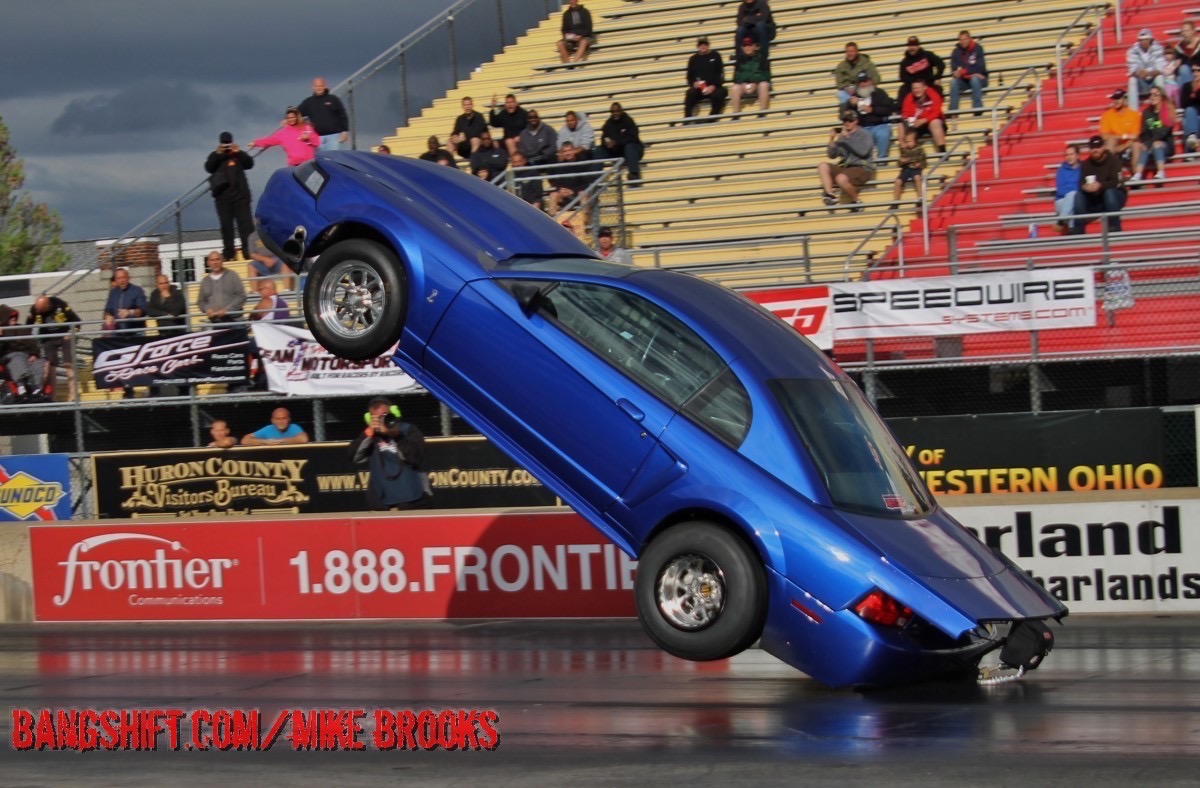 (Photos by Mike Brooks) – Many thousands of you watched the BangShift live broadcast of the 2015 Shakedown at the Summit which gathered many of the nation’s top small tire drag cars in Norwalk, Ohio at Summit Racing Equipment Motorsports Park and turned them loose on the always hard hooking surface. The racing was as crazy as it usually us, the weather was a crazy as it usually is, and by the end of the weekend, champions were crowned and the stage has already been set for rematches, rivalries, and slugfests in 2016. Mike Brooks was our man on the wall at the event and he captured some of the most crazed moments of the race.

We’ve got tons of his photos to share but we’re leading off with this salvo because it contains some legit bumper stands and other action that these cars produce. This style of racing is just about the best thing going in the sport of drag racing these days and when you put cars of this caliber at a place of the Summit Racing Motorsports Park caliber, crazy isn’t a possibility…it is a given!

Check these photos out!

One thought on “Shakedown At The Summit 2015 Photo Bomb: Small Tire Insanity At Norwalk”