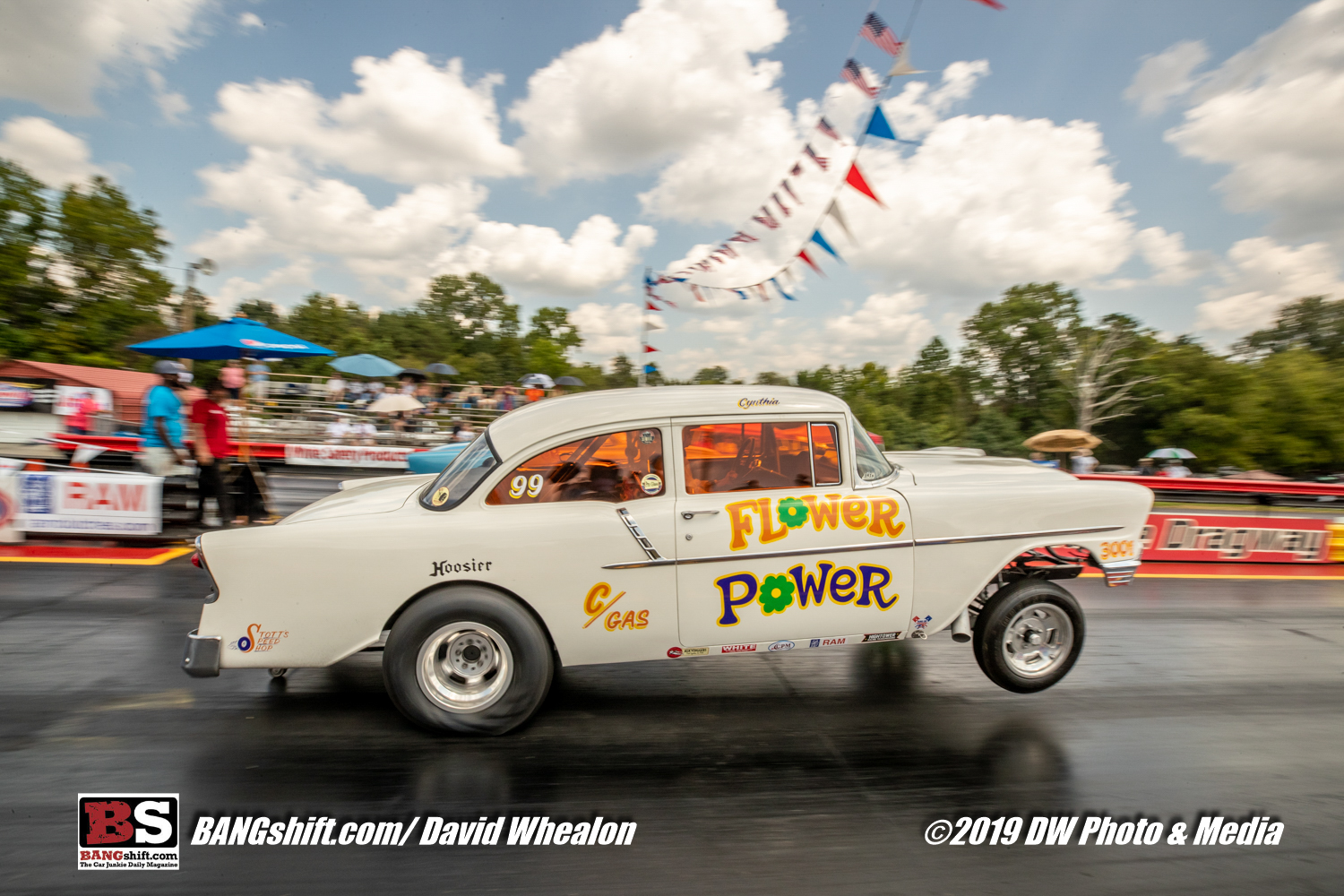 (Photos by David Whealon) – There’s a common thread happening with the Southeast Gassers these days. What it is? None of us can get enough of the series. None of us meaning the media who has been covering this traveling band of period correct machines for years and the fans that continue to pack venues wherever Quain Stott and his army of coolness lands next. Our man David Whealon was at Mooresville Dragway, an awesome little strip in the heart of NASCAR country to take in another of the awesome shows that this group has become so well known for.

The cars all run to the rulebook of the late 1960s meaning that they cannot use any parts that were unavailable to racers of that era. No trick electronics, suspension pieces, engine stuff. It’s weight per cubic inch to be classified and Stott runs the series with a strong hang. Why? If he didn’t the thing would have been down the ‘chute about three months after he started it. By keeping an unwavering line, he has kept things as legit as is humanly possible and that’s what the crowds are showing up to see.

We’ll be back with more SEGA coverage from Mooresville tomorrow. Until then, love these photos!