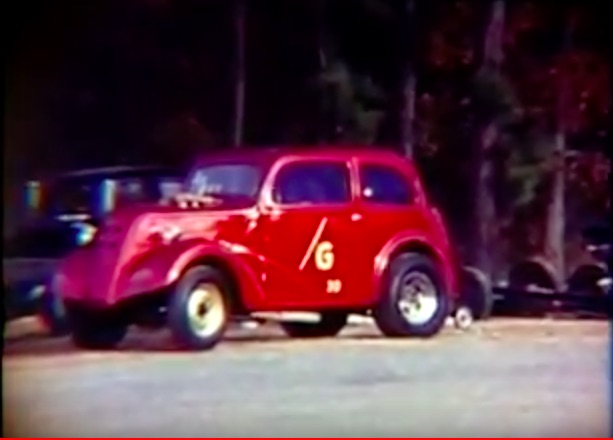 Now THIS is the kind of thing we really love to see. You are about to watch some killer drag racing action at Southeastern Dragway in 1968. The little track in Dallas, Georgia was about as far away from Pomona as one could get 50 years ago but as we all know, in the sport of drag racing the venue is far less important than the cars! That being said, you are going to see some awesome cars in this one and many of them belonging to larger names in the sport at the time. As a challenge we want you to name as many as you can in the comments. We also want to know what your favorite car of the group is when you see it. Us? The gasser in the lead photo is a favorite. Why? You’ll see that thing twist like wet linguine when it leaves the starting line!

Other things to notice here are the awesome and basically brand new Cobra Jet Mustangs that are all lettered up and hauling ass down the track. There’s a tough looking Camaro, the ubiquitous 1955 Chevy in a few tangles, some Corvettes and a load of stuff with axles that are straight enough to hold up a bridge.

We’ll choose the second approach for our own mental healthy, thanks.

Press play below to hang out at Southerstern Dragway in 1968!

One thought on “Classic Drag Racing Film: Awesome Action At Southeastern Dragway In 1968”