The Undisputed Sultan of Sodium: The Speed Demon Continues To Dominate The Bonneville Record Books – 481mph! 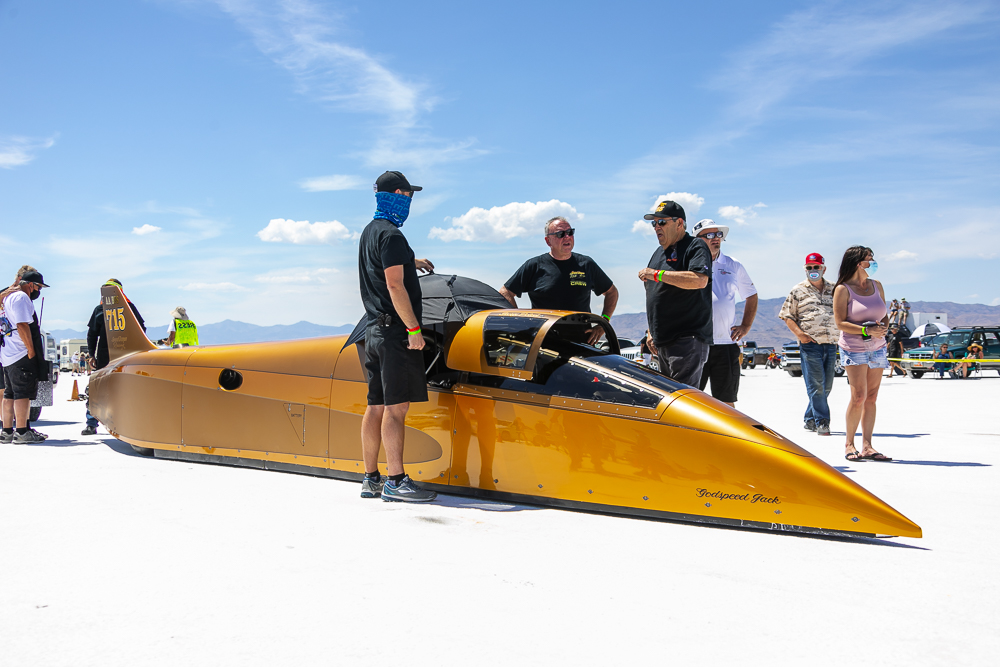 At this point we don’t think it’s even disputable to call the Speed Demon the greatest land speed car ever built, right? This thing is been doing, out doing, and then out out doing itself for nearly a decade now. The machine showed up on the salt in 2011 and that year ran some 426mph. They have used small block engines, LS engines, and this year they are running a 555ci Chevy big block with two turbochargers and on Wednesday August 12, 2020 the car ran a terminal speed of 477mph and then this morning it ran 481.576! It is the fastest piston driven car in history and we don’t think that the Poteet and Main team are near done yet.

The fact that this car has always done things with single engines and it has done them with a kind of style and panache that set them apart from the rest of the land speed racing set makes this special. Thundering monsters like Danny Thompson’s Challenger II and Project 555 are glorious beasts that use blunt force trauma and raw guts to seemingly defy the laws of physics. The Speed Demon doesn’t.

Of course it uses incredible amounts of horsepower and that comes from the fertile mind and talented hands of Kenny Dutweiller, the engine builder who has had a dramatically awesome impact on very form of racing he has ever been involved in. Then there’s guys like Shane Tecklenberg who tune on the car, and a gaggle of other highly talented wrenchmen, brains, and braun to make it all happen.

The all-out assault on the AA/Blown Fuel Streamliner record which had stood for nearly 20 years has left it a smoking ruin. They have punched it up by a tremendous amount and assuming that conditions hold to the end of the week, they’ll keep making more and more runs. We’re not sure what their intentions are in terms of engine changes and other classes to chase but as of this moment, they have a big block Chevy powered race car that is knocking on the door of 500mph.

The 500mph barrier with a piston powered car is one that clearly this team hopes to achieve. A few years ago there were more cars that had the potential, however remote, of making that speed but time and wreckage have sidelined a few of them. The Speed Demon has continued to stand tall.

The week has not been without work. There has been thrashing to repair the car from some singed wiring early in the week, a rear end later in the week, but the organization continues to rise to the occasion and send the beast out angrier and faster each time.

Will we see 500mph this week? Time will tell. If not this week, it’s coming and it seems almost inevitable that the golden mark of land speed racing will have George Poteet’s and the Poteet and Main Speed Demon name next to it. 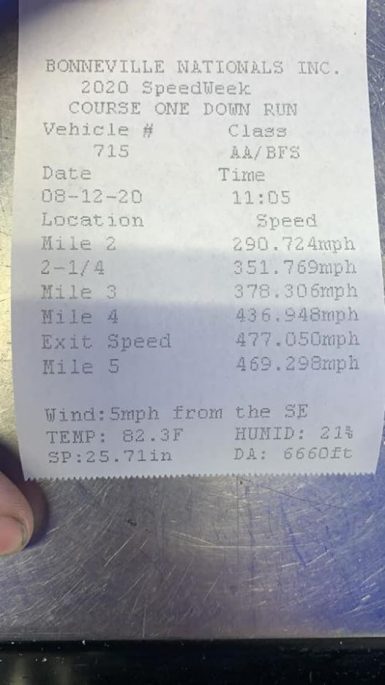 Classic YouTube: Watch As This Mud Drag Driver Gets Rattled Inside Of The Cage Like A Shaken Bobblehead Doll All Hail The SUV King: The 2021 Bentley Bentayga Speed Is A 626hp W12 Powered Monster

18 thoughts on “The Undisputed Sultan of Sodium: The Speed Demon Continues To Dominate The Bonneville Record Books – 481mph!”