Bonneville Speed Week 2017: News and Photos – The Speed Demon Crew Pulled It Out! 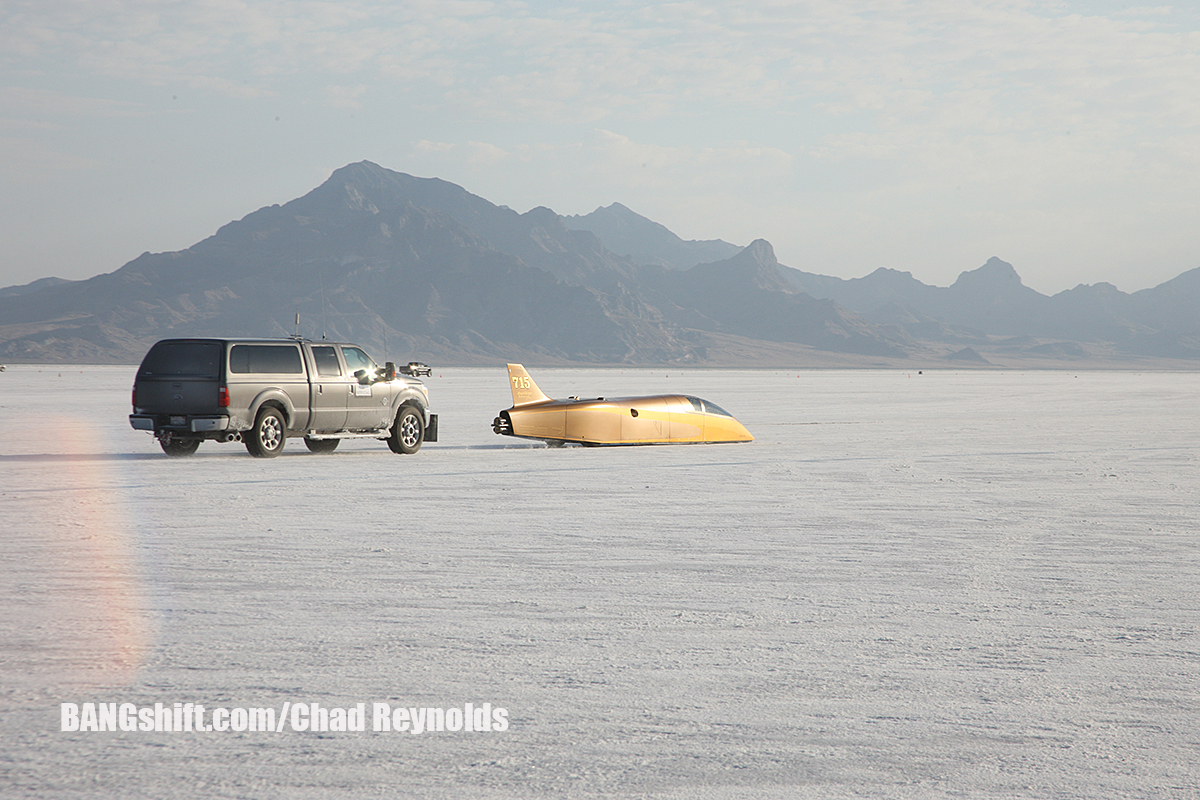 (Photos by Chad and Cole Reynolds) – So we have more photos for you below to cruise. Those photos will show you a lot of stuff but they will not show you what happened yesterday. Long story short, the Speed Demon crew pulled it out in spectacular fashion when their backs were against the wall. After Danny Thompson thundered to a 435mph clocking on Saturday at Speed Week, no one else had really come close. The Speed Demon team was working hard, setting records with different engines, and being their normally awesome selves but they had not directly challenged the 435mph Thompson. The significance is the fact that the top speed of the event is recognized with the awesome Hot Rod Magazine Top Time Trophy.

The Speed Demon crew ran an amazing array of engines through the week but they ran into big trouble on Tuesday when they suffered a fire in the engine compartment of the car which torched a bunch of stuff and left them with an amazing amount of work to do in a restricted amount of time to accomplish it. Well, long story short is that they did. The car pulled the land speed racing equivalent of a bottom of the 9th inning, two out, grand slam. The Speed Demon, running in C/engine trim managed a 438 mph clocking in the 4th mile with an astounding 453mph exit speed!

The guys will retain the Hot Rod Magazine Top Time Honors yet again as they have for so many years.

The photos below come from earlier in the week, enjoy!

6 thoughts on “Bonneville Speed Week 2017: News and Photos – The Speed Demon Crew Pulled It Out!”