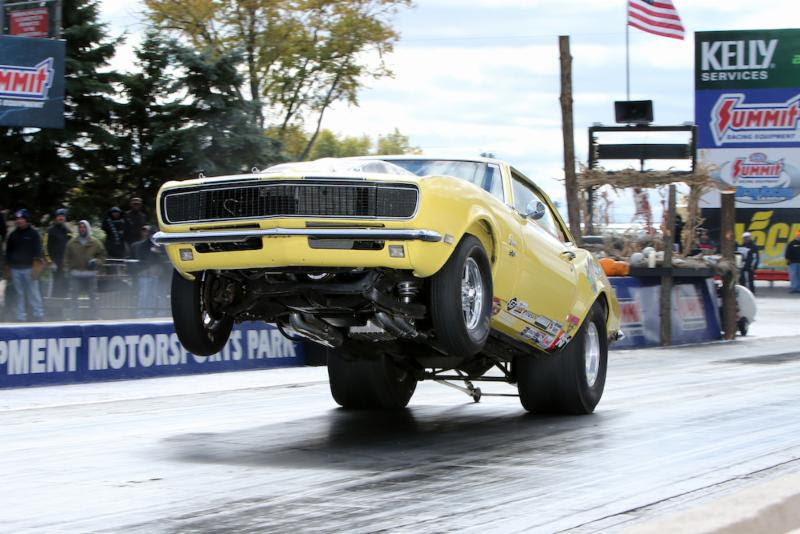 When one wants to look at the state of the sport of drag racing, peeking in at the facilities across the country is a fantastic idea. We mention this because Summit Racing Equipment Motorsports Park has become the latest track this “off season” to announce a complete surface replacement. Yes, they are spending nearly $2 million bucks to replace their entire racing surface. We’re not taking a shot at the place when we say that this is an upgrade to the facility that is right on time.

Every track has a lifespan. It is a fact of life. Norwalk happens to live in the cold part of the world so their surface gets pounded by all of the weather that comes off the lake and whatever else Ma Nature wants to huck at it. The track has always been fast but there have been some notable tricky sections of it. Well, consider those gone. This track is going to be 100% new the next time anyone rolls down it. That’s bad ass stuff not only for the weekly sportsman racers but also for the 11,000hp top fuelers and funny cars that will attack this this coming summer. Awww yisssss!

Track Reconstruction Scheduled at Summit Motorsports Park
While many record-setting and remarkable passes have been made on the track surface at Summit Motorsports Park through the years, a $1.6 million track reconstruction project is in the works.
As part of it, the staging lanes will be new asphalt and the head of the staging lanes through 100 feet past the finish line will be concrete from barrier wall to barrier wall, with new asphalt from that point to the sandtrap at the end of the track.
“Our track surface has worked well, but since we became part of the NHRA in 2007, I’ve been thinking about ripping out the track and starting over so that we have an all-concrete surface rather than a concrete and asphalt surface,” said Bill Bader, Jr., president of Summit Motorsports Park. “We really got aggressive about it three years ago, and we’ve been researching it and talking with Jim Head, who races a high-horsepower car and is a concrete paver, so he has an understanding of what’s needed to ensure a high-quality track.”
Armed with information, Bader, Jr. and Summit Motorsports Park project manager, Matt Welsh, chose to work with Miller Brothers Construction.
“They’re a very reputable company, and we’ve already met with them several times,” said Bader, Jr. “They brought the Ohio Concrete Association into our most recent meeting, and we cut giant squares out of the track so that they could see what we did in the past and assist in the design of the new mix, which will be nine inches thick.”
Reconstruction is scheduled to begin in February of 2018 and to be completed in time for the 37th Annual Spring Warm-Up, April 28-29, which is the official start of the race season at the park.
“We could have cut a lot of money out of this project, but I’m not interested in doing that,” said Bader, Jr. “I want one track surface with no transition from concrete to asphalt. I want it to have the crown that had been lost in the current track from being profiled, which will allow it to shed water and dry more quickly. I want it to be aesthetically pleasing and absolute perfection, and I want it to be fast.”
Summit Motorsports Park is at 1300 State Route 18, Norwalk, Ohio. For more information, please visit www.summitmotorsportspark.com or call 419-668-5555.
Mary Lendzion
Summit Motorsports Park Media and Public Relations
[email protected]summitmotorsportspark.com or 313-686-0776
(Photos of Sean Dornan’s Camaro, Dave Paone’s Monte Carlo and Brittany Force’s Monster Energy Top Fuel Dragster by Moto Lenz)
Morning Symphony: This Basic-Looking Subaru Impreza Revs Like A Sport Bike! Ripping Gears In Georgia: The Street Nite Stick Shift Class At The Last Event Of The Year