Super Sleeper: This Boxy Buick Runs 9s And Has A Box Of Tissues In The Rear Window For Losers To Mop Up With 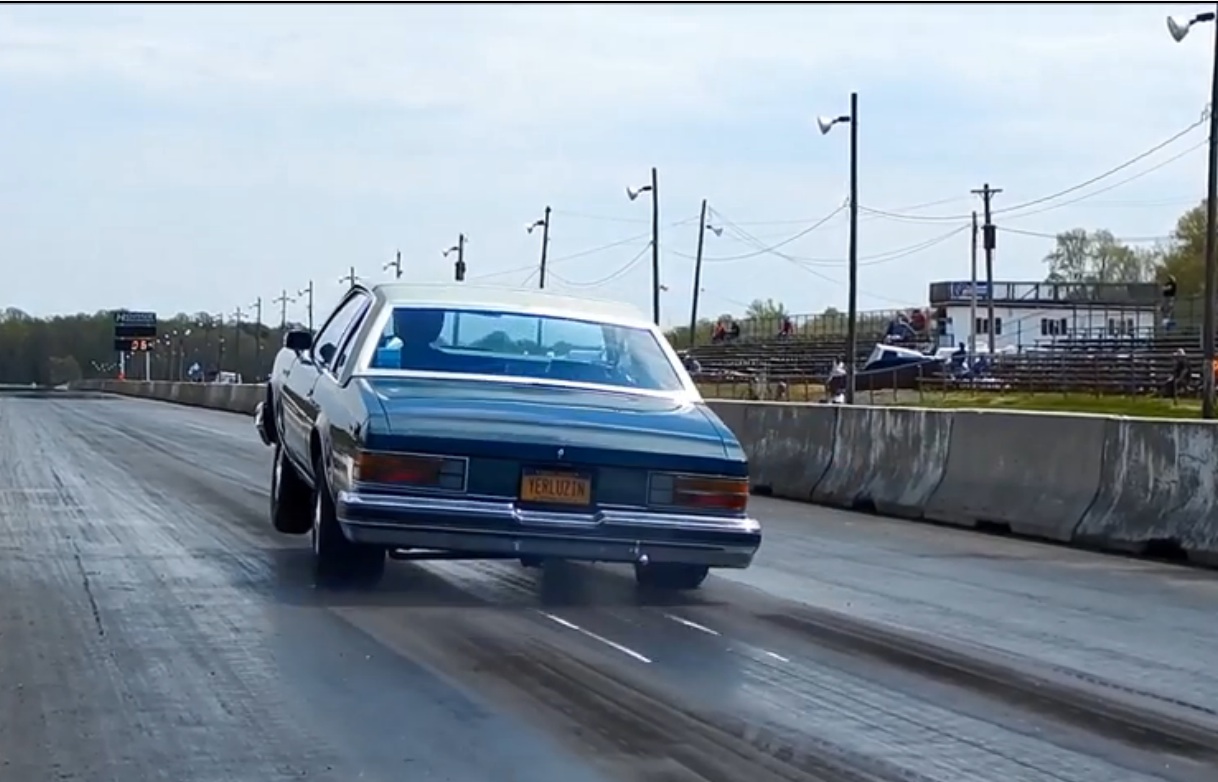 I have to thank Jack Pereira for sending me the video link that you’ll see below of this fantastic Buick sleeper that rips off deep 9-second elapsed times with factory hubcaps on it, a tissue box in the rear window, and a small block with a two stage nitrous plate on it. This thing is fantastic with its vinyl half roof and all. The car weighs 4,200lbs according to the video on the page of Mike Thompson who is the builder of the machine. Apparently, on a search for a winter beater they happened upon this Buick and the rest of history. Typically when we think of winter beaters we’re thinking of some junk that is half rotted to death, looks like a hobo lived in it, and smells like cat pee. Apparently those guys think of finding the most flipping pristine unloved Buick they can! We happy that it got this treatment instead of being bashed into snowbanks at the mall parking lot for fun.

This video was taken in 2014 at Cecil County Dragway in Rising Sun, Maryland and obviously both the track and the car were hooking hard because on the second run with the more agressive launch and the second stage of nitrous turned on, the thing goes 9.89! Unless the roll bar is super well hidden or tucked, we’re not seeing one so that leaves us to presume it may have been the second and final run of the day for the car as the tech department may have taken issue with it. Again, we can’t see the bar. Maybe you can. After yesterday’s torrent of comments regarding the dude who wadded up the 1955 Chevy and came through the windshield (then walked away) we thought it was worth noting.

This car is awesome and it must be entertaining as all hell on the street. Unless your victim has a keen eye to see the drag radials bolted to the back of the car, you could really humiliate guys in fast late model cars with this one. Z06 Corvette? Lunch. Viper? Midnight snack. LS swapped Fox body that runs 11s? Buffet meat. Seriously….who would ever see this thing coming? We almost feel bad running the video and wrecking his cover!

Watch A Pair Of 1965 Mustangs Slice and Dice At Goodwood - Contact And Someone In The Grass Sice and Dice Video: Can A 1967 Camaro Race Car Catch A 911 RSR At Sebing In The Dark?