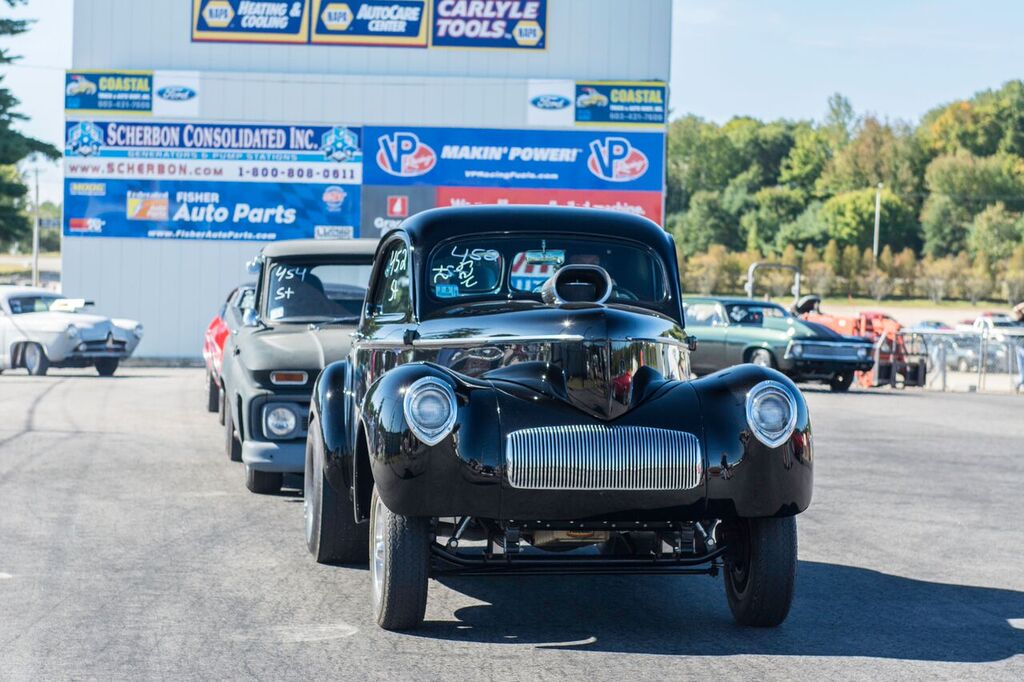 (Video and photos by Christian Rowell) – When is comes to icons and hot rodding, nothing can really touch the late 1930s/early 1940s Willys coupe. They have been built in every possible form and fashion you can imagine and yet we can’t help but look every time we see one at the strip or rolling down the street. Thanks to our pal Christian Rowell, we have some video and photos of a truly spectacular Willys that’s owned by Jim Watson.

While too many cars these days are built and finished to an incredible level and then just left to collect dust as nervous owners don’t want to use them, Watson’s M.O. is far different and way cooler than that. This steel bodied 1941 Willys gets cruised, shown, and drag raced because when you have a 392ci Chrysler hemi under the hood of your hot rod and you DON’T use it, that’s a fail.

While today we look at a car like a 1941 Willys and see its curves and lines and interesting and regal, the reason that these cars became hot rods and race cars in the first place is because they were cheap, considered ugly, and by and large completely unwanted. Equipped with engines that made 40-50hp new, they were cheap cars that were aimed at salesmen and others who simply needed mechanical transportation and cared nothing for the frills and luxuries that other models offered.

By the early 1960s when the gasser wars started to explode and the sport of drag racing blew up, these twenty year old relics were cheap enough that anyone could buy one. They were also simple enough that kids could blow out the front and rear axles, rip the engine out and in the course of a couple weeks (or less) have a racer to run at their local strip.

The look that most of you associate with the 1941 Willys is the same one that Watson chose for this car. Straight axle, nose high, and perched up on leaf springs we seriously dig it. When you see the interior of the car below you’ll notice the Corvette steering wheel, the old tach in the chrome bucket, and just how small that cockpit is.

Press play below and watch Jim tear down New England Dragway’s quarter mile surface in the car, pulling gears all the way down. Because he street drives this thing, Jim shifted it aggressively but not destructively. We know that everyone on the internet is Ronnie Sox and we think Jim did just fine for himself working the hemi! He tracks down a pickup truck like it is tied to a stump!

Enjoy the video below and then check out some of Christian’s photos! 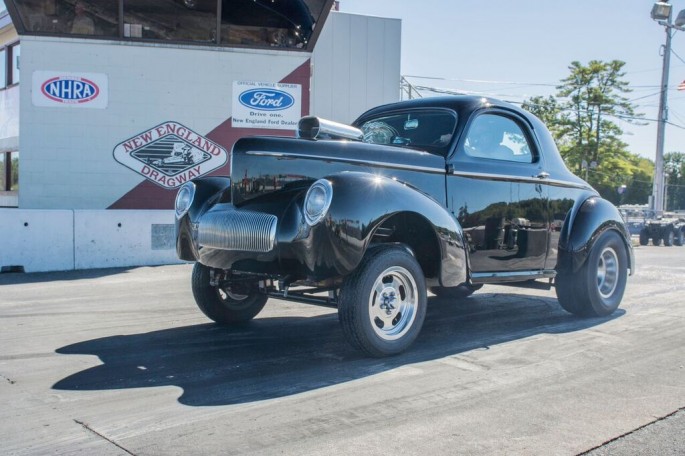 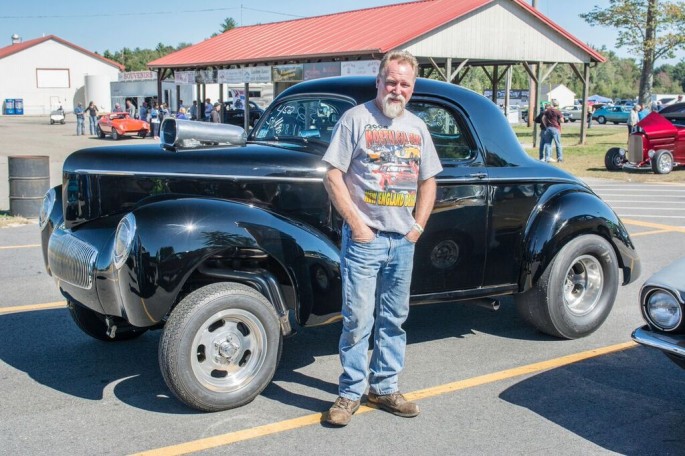 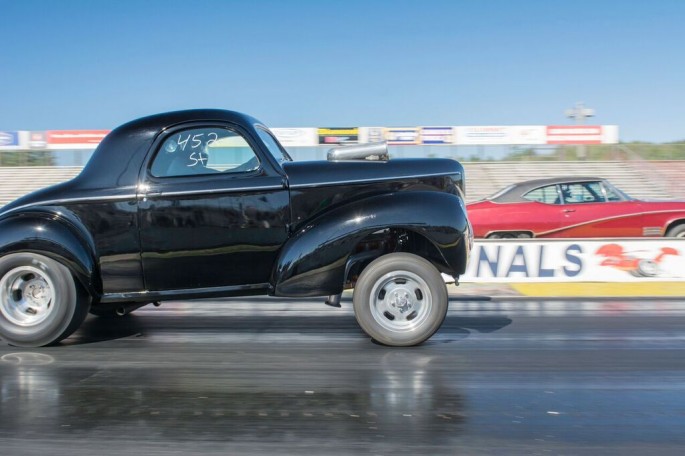 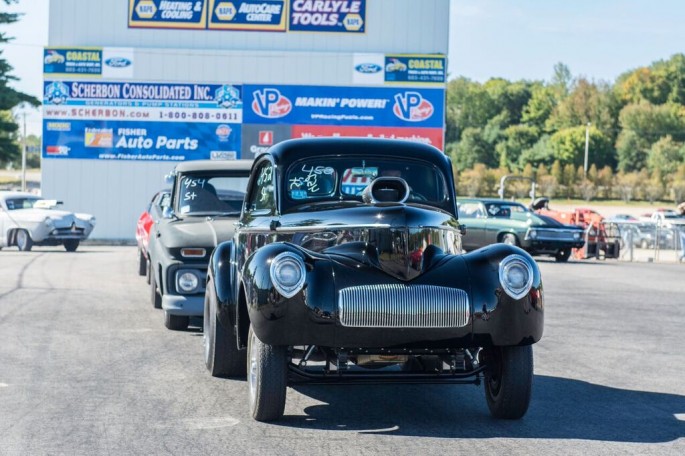 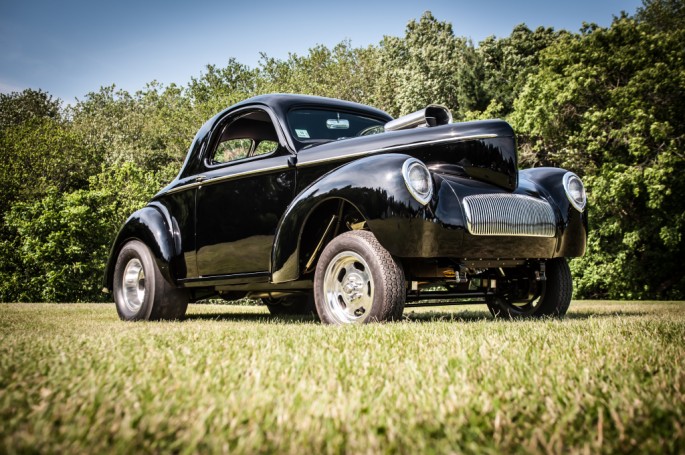 Ramp Truck! This 1956 Ford COE Has Got Some Cool Tricks Going On. Prolong 5W-30 Oil Formulation Is New, Delivers On Performance AND Economy