Take A Ride In A Nostalgia Nitro Funny Car Down The Track! Laurie Cannister Is Driving

Jul 02, 2020Brian Lohnes1320 Videos, BangShift 1320Comments Off on Take A Ride In A Nostalgia Nitro Funny Car Down The Track! Laurie Cannister Is Driving 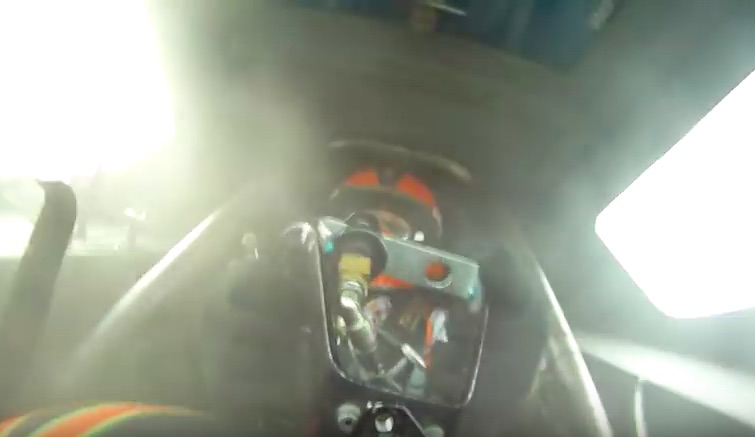 During my years as an IHRA staff announcer, I saw a lot of Laurie Cannister. She drove fast stuff from blown dragsters, into alcohol funny cars, and ultimately she spent some time driving nostalgia nitro burning funny cars at IHRA events as well. This video comes from one of those races and she’s driving the “Bullet Bob” car. We thought it would be fun to actually show you what a run looks like inside one of these cars from the fire up right down to the point where the car rolls to a stop. Cannister, as a two time IHRA champion is a good one to watch hustle a funny car down the track.

This race was the event held at the Grand Bend Motorplex in Canada and if you ever see me at the races and buy me a beer, I’ll tell you some fun stories about that joint but until then suffice it to say that the fans north of the border know how to have a good time and party hard. They love the sport and showed up in droves to the race every year. It was a hell of a time, but back to the funny car.

Powered by a blown, nitro burning Chrysler hemi style engine and backed with a two-speed Lenco transmission you will see Laurie shift the car via the button on the butterfly as she muscles the thing down the quarter mile course. One of the things we love in these videos is the fact that funny car drivers have to be so exaggerated with their steering inputs to get the cars to do anything. One of the things that funny car races struggle with in a transition to pro mod is over driving. If you steered a pro mod like this it would be on its lid instantly.

This run is awesome and it should serve as a good look “inside” the world of a nostalgia nitro funny car racer like the dozens that are competing at the March Meet this weekend!