Take A Ride In The Winged Express At Maple Grove – Coolest AA/FA Of All Time! 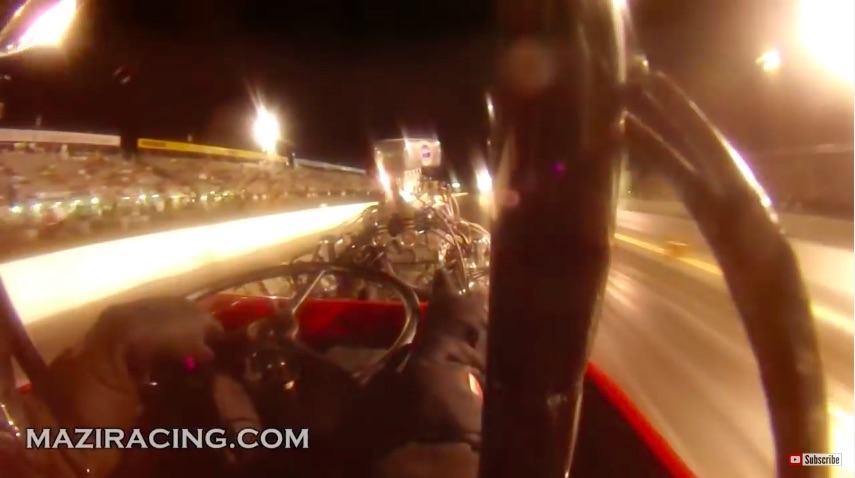 Take A Ride In The Winged Express at Maple Grove! Ride on the shoulder of Mike Boyd as he makes a wild, lane changing run at the historic facility. This is a cool video made by our pal Dawn Mazi-Hovsepian and it captures everything we know and love about ‘da Wing.

For starters there’s big Mike Boyd folded up like human origami to actually drive the thing, there’s the sawed off steering wheel he uses to try and keep the thing happy, and then there’s the noise, the smoke, and the header flames that endear everyone to this car.

We have written lots about the Winged Express over the years and we’re not going to go into a full history lesson here but know that the car is one of the most historically worshipped things in the entire sport of drag racing. It was the first fuel altered to run 200mph and it had several other accomplishments under its belt during the heyday of the AA/FA era in the late 1960s and into the 1970s. The car became famous by barnstorming the country, making crazy runs, and “Wild Willie” Borsch the driver who piloted the machine with one hand clamped on the body for stability.

As you will see, Mike Boyd uses two hands to steer this monster and he still could have used a third as the old school machine rockets across the track on its own accord during the run. All of this is very, very good.

Bruce Cook Is Building A Solid Axle Swapped Chevy Truck, On His Own, From His Wheelchair... Some Kind Of Mess! Watch A Can-Am Car Spin Off Track And Then Cause Wreckage Trying To Get Back On