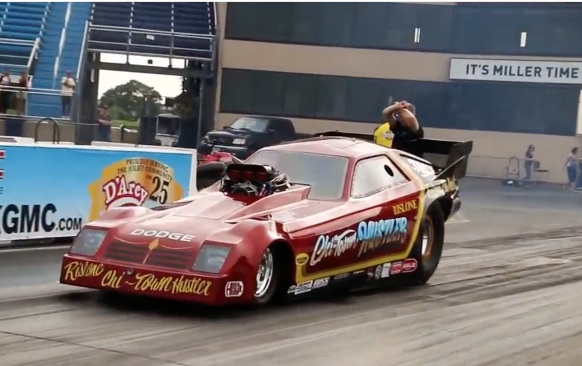 The Chi-Town Hustler is one of those legendary funny-car names that stops die-hard fans in their tracks and turns them directly to the track, and causes newcomers and those who have no clue about how things used to be in the world of drag racing to sit up and pay attention. A partnership made up of John Farkonas, Autsin Coil (yes, THAT Austin Coil), and Pat Minick, the Hustler was an underdog, a match-racer that benefitted from Coil’s wizardry that was treated more as a business than a race car. If the Hustler was on the track, chances were good that someone was paying to see the spectacle directly to the team. Mostly Mopar-bodied throughout it’s 1969-1984 run (for 1976, the team ran a Mustang II body before switching over to the second-generation Dodge Challenger body), the Hustler team carved out their niche, running match races, and in 1982 and 1983, taking the Funny Car World Champion crown with driver Frank Hawley at the helm. In 1984, after a winless season, Coil realized that the team was underfunded and outmatched, and took a deal with John Force that became a legend in it’s own right.

Here, we have a Dodge Omni-bodied Hustler at Route 66 Raceway in Joliet doing testing. The Omni has a new Canode 3 chassis underneath and VictoryRedColorado got to catch the car making shakedown runs in preparation for the Funny Car Nationals at US 131 Dragway in Michigan (September 9-10, 2016). With the team’s absolutely bitchin’ Dodge van hauler parked nearby, the Hustler undergoes all of the testing it needs before it takes on some of the coolest vintage floppers around!

Rough Start: Buy A 1978 Ford Granada And Get Two Engines As Well! Question Of The Day: What Car Would You Consider To Be The Ultimate Classic?

3 thoughts on “Testing Out The Chi-Town Hustler Dodge Omni Funny Car At Route 66!”