The American Powertrain Parting Shift: Let’s Get Our Lenco On!

Apr 01, 2016Brian Lohnes1320 Videos, BangShift 1320Comments Off on The American Powertrain Parting Shift: Let’s Get Our Lenco On! 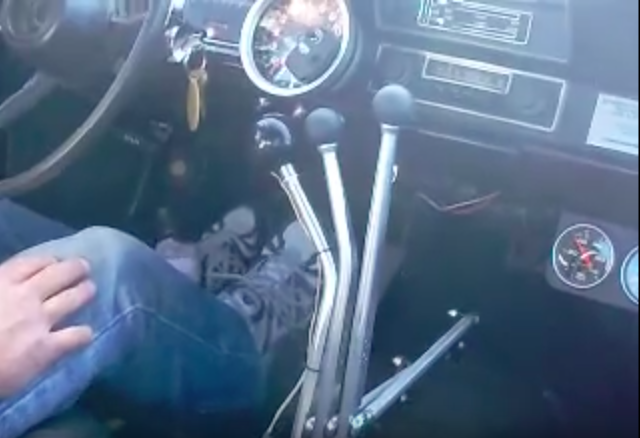 This weekend, I’ll be calling the action at Hot Rod Magazine Drag Weekend. Over the course of a couple of days we’re going to pinball from Phoenix to Tucson and back to Phoenix again with like 100 of our closest friends. What does this have to do with the American Powertain Parting Shift this week? Simple! It too was filmed in Arizona and like Drag Weekend, it rules. Basically you are about to take a 10-second ride in an early 1970s Mopar A-body equipped with an ST1200 Lenco transmission. It is flipping awesome and you’ll enjoy it, we promise.

Lenco in a street car is still some math that we love and will until the end of time. The reality is that traditional manual transmissions and even more traditional style automatics can be built to handle horsepower loads that previously only these manually shifted planetary killers could hold onto. Even though the more “normal” transmissions can do the job there will never be a replacement for the cool factor of seeing those shift rods sitting in the breeze and telling the world that you are a bad hombre because there is a Lenco on board.

This video is simple and awesome. A screaming engine, a couple of levers, and some perfectly hit gear changes. It is the kind of gearhead ballet that we’re totally into experiencing over and over again.

Hey, if you are around the Phoenix or Tucson areas this weekend come out and have some fun!