Hot Tech Tip From RacePak – Why Using A Flow Meter Helps In Tuning, PLUS Their Bad Ass New TV Spot 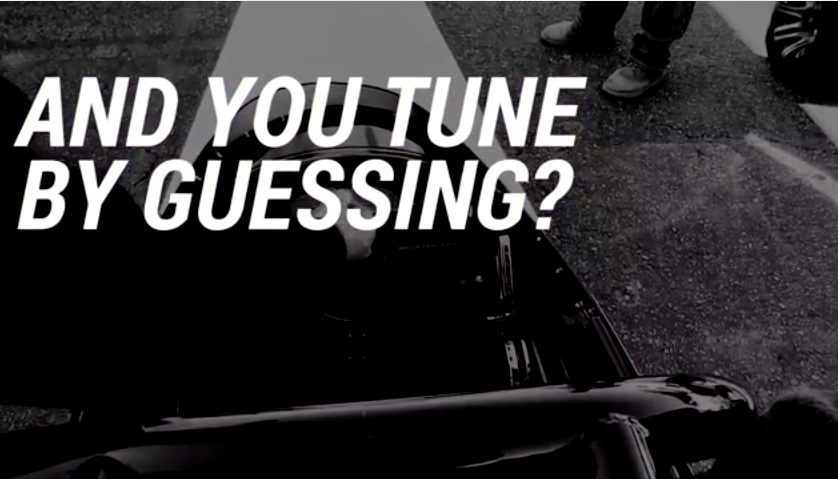 If you are not following the exploits of the RacePak team, you are missing out. Their social media channels are filled with all kinds of stuff ranging from fun videos to tech tips and product information as well as stories from their racing weekends. These may be the only guys who spend more time at the racetrack than we do and that is saying something! Today we have some cool stuff. First it is a tech tip that is told in the form of a parable with a funny ending. It relays some valuable information, especially to those of you that are racing cars with blown engines. You’ll dig it, trust us.

The big payoff is at the bottom of the page where we have embedded the new RacePak television commercial called “Mantra”. It first started airing last week during the NHRA Lucas Oil series coverage and to be honest it was the only commercial that got us to stop and look up while we were working with the race on in the background. It is really well done and it totally gets the point across.

Check out the tech tip and then watch the ad! This stuff rules!

Tuning supercharged engines is greatly enhanced through the use of a flow meter, since viewing just pump or nozzle pressure only provides some of the picture of how the fuel system is performing.

The associated math channel “CC’s per Turn” (included in most configurations by default) can show users the overall performance of his fuel system. It can show if the fuel pump is showing signs of wear while also providing a clear indication of when timed fuel events occur.
Another interesting channel that can be created using DatalinkII standard software is a “fuel used” channel as explained below by Todd Paton, Racepak’s Operations Manager: “We used this data on our nostalgia funny car when the crew had the barrel valve adjusted incorrectly, and the car burned 3 additional gallons of fuel by the time of staging.”

The channel clearly indicated this, and it also showed when all 12 gallons of fuel contained in the 12 gallon fuel tank had passed through the flow meter (5.6 seconds) which coincided with the drop in fuel pressure and me hitting my head on the steering wheel when I ran out of power. 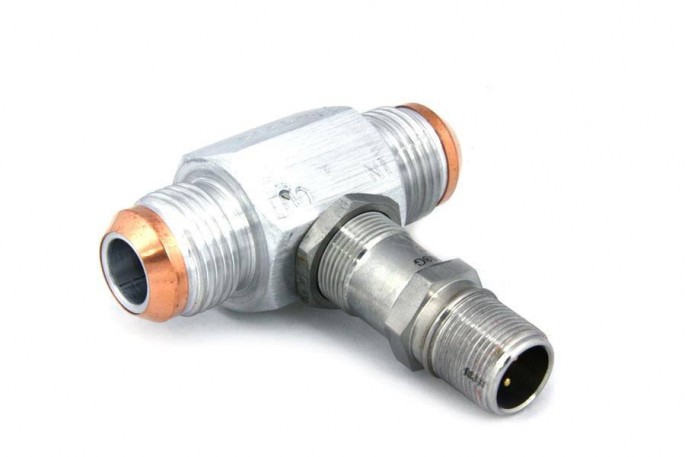 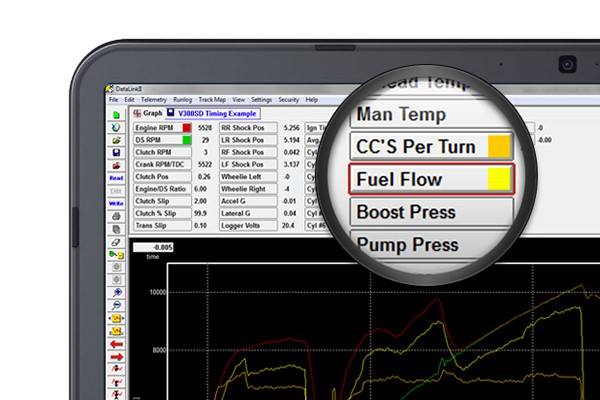 One thought on “Hot Tech Tip From RacePak – Why Using A Flow Meter Helps In Tuning, PLUS Their Bad Ass New TV Spot”