The American Powertrain Starting Shift: A 10,000 RPM 358ci Ford, A Liberty, And A Fairmont Body! 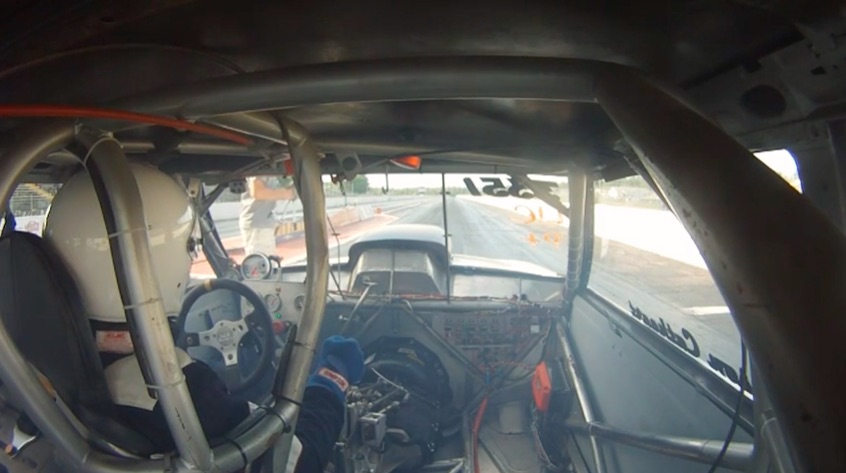 Now here’s an American Powertrain Starting Shift that you Ford fans can really sink your teeth into. You are going to ride along with Jason Cathcart in his awesome Ford Fairmont. This car has the looks of the old Glidden machine and the sounds of heavenly angels singing through Ford branded trumpets. Yes, this is a stick shifted, 10,000 RPM small block Ford you’ll hear sing in a minute.

Cathcart has had this car a while and in the form you see it in here he competed with the NMCA a little in their Pro Stock division. That category’s interesting points are many but the basics are that you can take any body style and run any 400ci or smaller engine in it. This makes for an eclectic grouping of vehicles and it also makes for an amazing array of sounds as the little engines crank their way down the track.

In this case we are talking about a 358ci, 8.2 deck height small block Ford. The engine has a cast intake manifold with a single carb on it.  The car weighs 2,300lbs and as you will see, the Liberty transmission has five forward gears and Cathcart uses ’em all. This is awesome.

There’s easier ways to go fast at the strip than taking a cane to a small block like this but at the end of the day few of them are cooler. Boost and all of that other stuff is interesting and fun but there will never be anything to 100% replace the buzz saw noise that comes from a finely tuned engine like this. Brutally violent and brutal on parts, it’s the hard way but hot damn is it fun to watch!