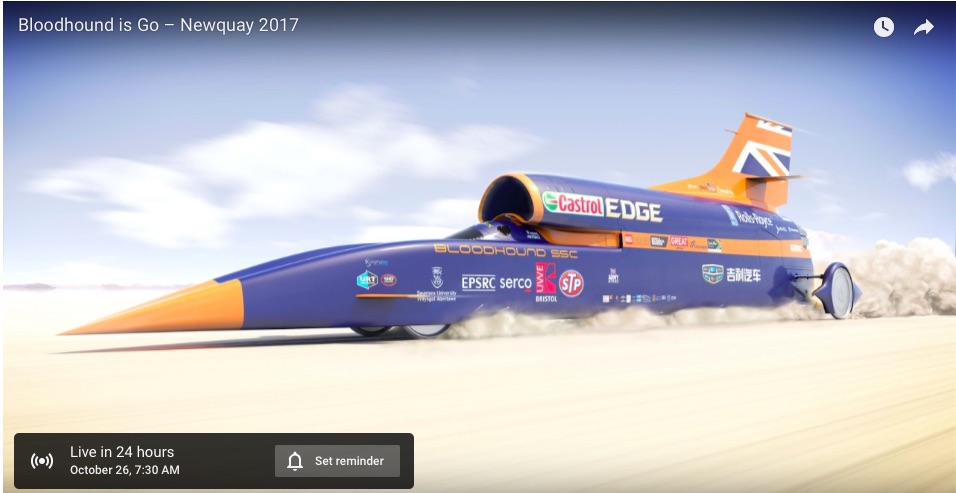 The road to 1,000mph officially begins today! The pride of the UK and the hopefuls who are planning on running 1,000mph in the famed Bloodhound SSC will make their first official performance test today. The job? Run the massive car to a speed of 200mph at Cornwall Newquay airport in England. This is the first step as the team begins to make the measured process of getting the car closer and closer to its 1,000mph goal next year in an African desert.

This project has been a massive and basically national undertaking. Using the machine as a means to get kids interested in science and engineering, the Bloodhound gang (see what we did there?) has mustered support from a litany of British companies and institutions. We think that the unified effort is awesome and while we’d love to see a team of Yanks blow past the 1,000mph barrier e think the fact that anyone is even trying it is awesome. Andy Green is the driver of the behemoth and he’s got one heck of a cockpit to work out of.

Remember, we’re talking about turbine AND rocket power in this thing, which is completely mental, right? This 200mph test may not be the most impressive speed that the thing will ever run but it will be the first time the world gets to see the Bloodhound SSC move under its own power. TUNE IN BELOW!

CLICK THE IMAGE BELOW TO WATCH THE BLOODHOUND SSC 200MPH TEST 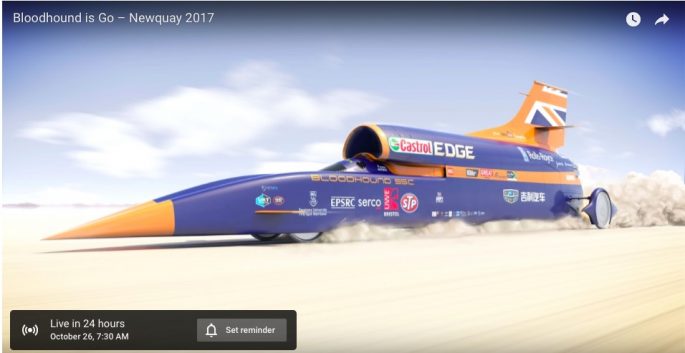 Unhinged: The October Charge, When I Become A Somewhat Skilled Wrench For A Bit HOLY COW! The Nicest Unrestored 1977 GMC Motorhome Left On Earth Is For Sale - This Is Amazing