Torque For Days: Check Out The Build Of This 665ci Big Block Chevy Destined For An Airboat 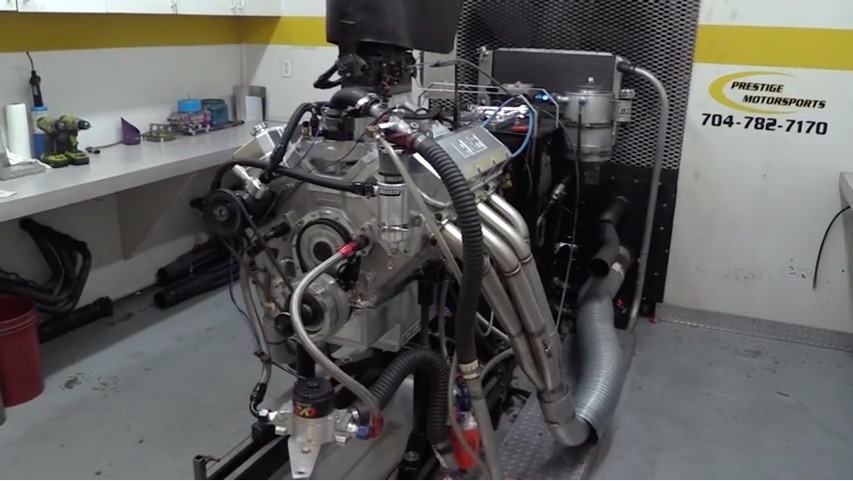 Pump Gas big blocks that perform like this one are proof that God loves us and wants us to be happy, right? As we all know, there’s no replacement for displacement in the naturally aspirated world so when a dude needed an airboat engine built that would work at reasonable RPM levels for hours, run on pump gas, and make huge power, the guys at Prestige Motorsports knew what to do. Loaded with the best of the best in parts starting with a Brodix tall deck block, this baby has 18-degree AFR heads, and a literal laundry list of the best parts on the market. After all, there are Gators out where this boat goes and being marooned among them would not be a good time!

As we mentioned earlier, the idea here was not to make a big engine that would rev to stratospheric levels and with a 5.0″ stroke, it wasn’t going to do that anyway. It was building the power, lots of it, into the area where the engine would spend most of its time. Listen to this, the engine makes more than 780 lb-ft of torque between 3,500 and 6,200 RPM. At its best it produced 927 lb-ft and 961.6 hp! This is all naturally aspirated on pump gas.

The neat part of the video, among others is the fact that the engine was pulled with different style and length headers from the standard dyno models to some custom built stepped pieces to see what it liked the best. The results of this are cool and we will not give them away.

Thanks to Jeff Huneycutt and TheHorsepowerMonster YouTube channel for the tip and the cool video!

Pressure Cooker: Will A Steam-Powered Lada Samara Work Or Not? Finnegan Sends The OG Ramp Truck In For Bodywork! Here's What Bonneville Salt Can Do To A Squarebody!