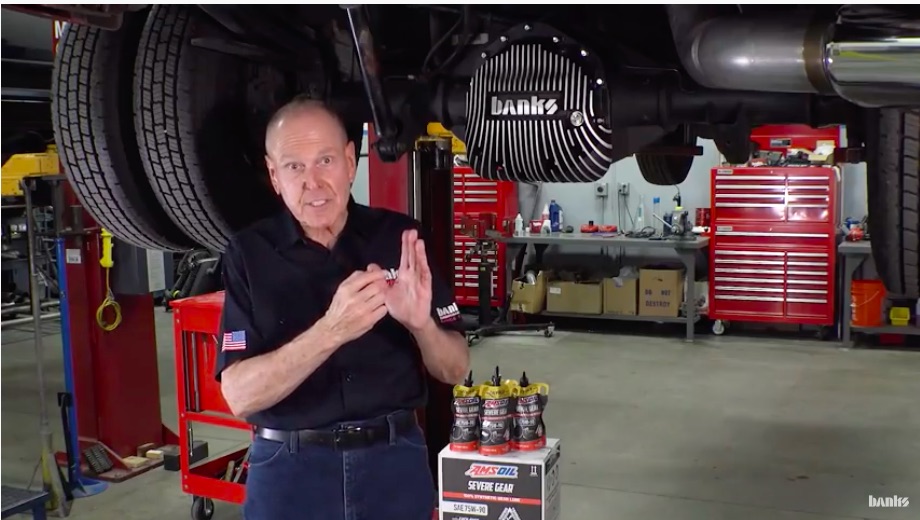 We like so many others spent a bunch of time watching and learning the videos that Gale Banks made over the last year regarding rear differential covers. He took on a level of analysis and study that we don’t think anyone ever has before on this topic. Heck, at this point we’re sure it was beyond anything that anyone has ever done because at the end of the this work came a product that employed all the stuff that he and his team learned. Whether it was about fluid, air flow, efficiency, or proper lubrication, these guys went whole hog to study all the products on the market and then make a better one.

We had to admit that we were always of the idea that the big rear covers did all the stuff they advertised just on the logic of it all. More lube, more capacity, more ability to keep things like axle bearings happy, etc. Well, as it turns out, the science is not as straight ahead as we (or apparently anyone else thought).

By using clear covers and replicating the shapes and lubricant levels of these other covers it was discovered that the old designs were taking power away and doing a less than stellar job of getting the gear oil where it needed to be for effectiveness in the housing itself. This isn’t conjecture, you’ll see it all illustrated and explained.

Hell, the airflow study may be among the most interesting parts of this whole exercise. As it turns out, there’s massive low pressure area behind the axle so unless the cover itself catches the air like this one, it’s not getting much flow at all! Who knew?!

This is an interesting watch. We’re not sitting here pitching a product, but the engineering and study here seems impossible to argue against.

Unveiled: 2021 Ram 1500 TRX - A Love Letter To The Ford Raptor Everyone Needs A Buddy: Wiseco Garage Buddy Steel Valve Kits Save You Big Money On Your Small Engine Rebuilds

5 thoughts on “The Conclusion: See The End Result Of The Exhaustive Study Gale Banks Put Into Rear Differential Covers”