Big Tire No Prep Action Video: Check Out The Fun At Outlaw Armageddon In Oklahoma – Big Time No Prep Racing 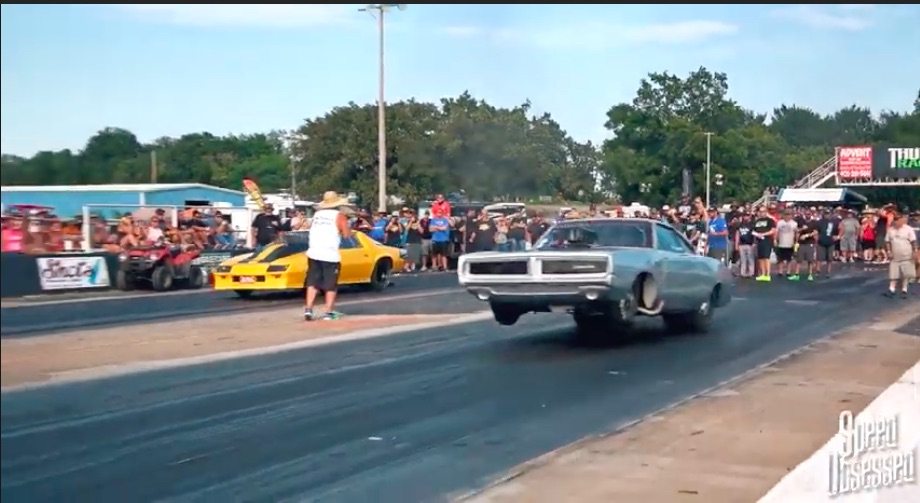 Outside of the obvious heroes of the Street Outlaws: No Prep Kings series there’s been a handful of signature events in the world of no-prep style drag racing. Noble, Oklahoma has been home to what has seemingly amounted to the super bowl of the genre in the form of Outlaw Armageddon. This has been a yearly gathering of every big time no-prep racer in the nation and the place is blown out with fans from as far away as the racers. In 2020 the event did not stop and the fans did not stop coming, either. You are going to see 10-minutes of cool cars, fast runs, sideways action, and more. To say that the track and the cars were working is an understatement. Check out the Charger with the wheels up!

No Prep drag racing has followed a familiar arc in the sport. It started in obscurity, rocketed to the top of the popularity charts, new engineering and equipment was developed to make the best out of the marginal surfaces, horsepower levels have increased exponentially, and now it has really emerged less as a curiosity and more of a very high level, professional standard style competition in many aspects, especially at events like this one.

There’s still plenty of “dirty” no-prep events at little tracks in the deep south but the big league stuff you are going to watch here is well beyond that. The cars, the power, and the competition are tight. Watch this.

Progress On The Hagerty Straight Eight Build! The Cam, The Crank, and Plastic Pistons For The Win! OPGI Video Bonanza: Here's A Few Cool Product Videos Featuring Parts For Your Classic GM A-Body From OPGI

One thought on “Big Tire No Prep Action Video: Check Out The Fun At Outlaw Armageddon In Oklahoma – Big Time No Prep Racing”