The Hoonicorn’s Last Ride? Ken Block and Ford Split, This Could Be The Last Time He Mangles Four Tires At A Time 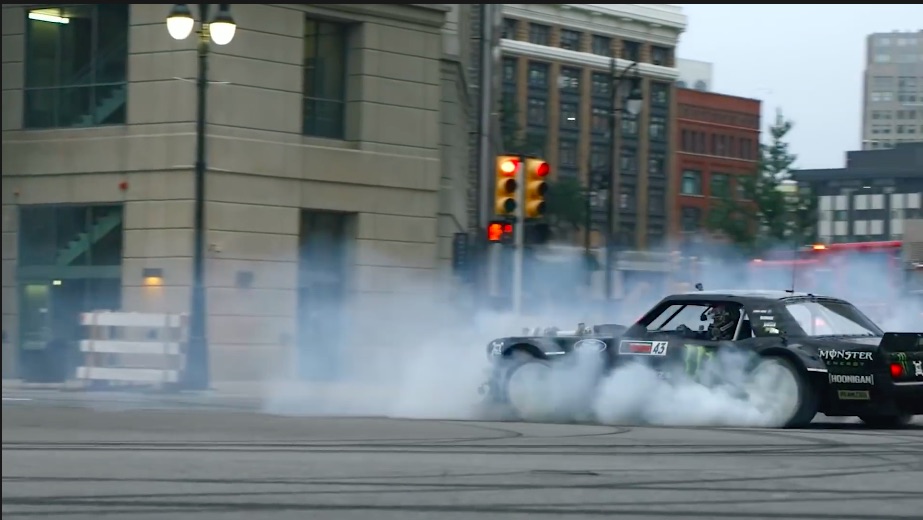 The big news last week was that Ken Block and Ford have amicably ended their 11-year partnership in racing and other automotive craziness. This is a partnership that was amazingly successful in terms of marketing and promotion with at least 500,000,000 views on videos that the partners teamed up on. It made Ford an exceptionally cool brand to kids and automotive enthusiasts that tuned in to see what Block would do, what he would build next, and how they would be wowed with automotive fun on basically every level. No, Ken Block has not won a ton of rally races in Ford products but perhaps that is totally beside the point. More important than race winning trophies was the capture of millions and millions of hearts and minds of young automotive enthusiasts.

Several years ago I had the chance to sit in a rally car and ride shotgun with Ken Block at an event held on the grounds of the O’Neil Rally School in New Hampshire. It was astonishing and I’ll forever be in awe of the guy’s skills.

Is this the end of Ken Block? Hell no. We’re guessing that other manufacturers are clamoring to get in on this action and refresh the ideas, approach, and cool stuff that has become the hallmark of Ken Block’s brand in the automotive world.

Is this video the last we’ll see of the Hoonicorn Mustang? Only time will tell. It is an awesome look at a car and a guy who have done a LOT to get people excited about burning tires and bending the laws of physics with horsepower. A fun look back.

What’s next? Only time will tell.

Press play below to see this video that may well be the last ride of the Hoonicorn!

Pro Touring Truck: This Profile Of The QA1 New Blue 1972 Ford F100 Will Make You Want A Corner Burning Rig Engine Awesomeness: Get A Detailed Tour And A Seat In The Dyno Room As This 765hp Cosworth IndyCar Engine Is Tuned!

12 thoughts on “The Hoonicorn’s Last Ride? Ken Block and Ford Split, This Could Be The Last Time He Mangles Four Tires At A Time”