The Mid-West Pro Mod Series At XRP In Texas Is Going Down! WATCH LIVE SATURDAY EVENING! 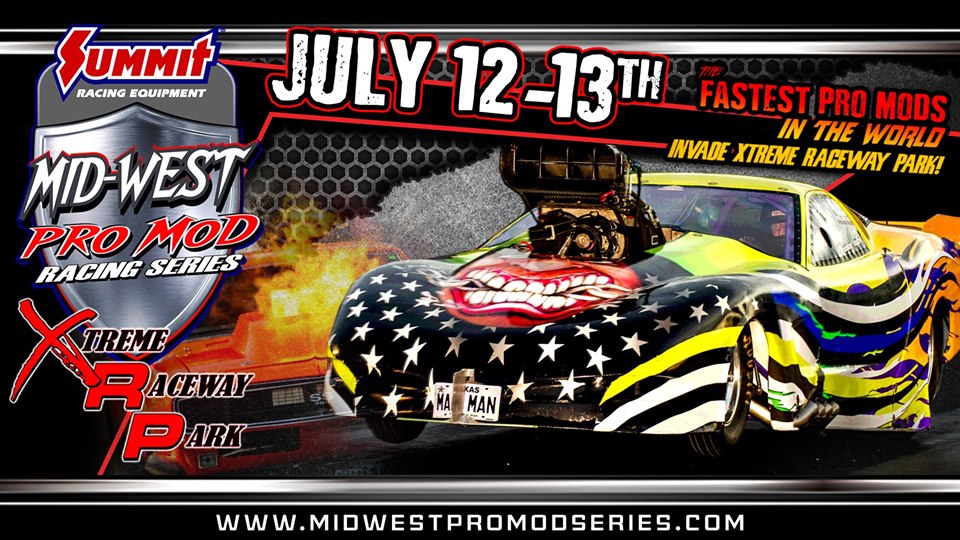 It’s time for the fifth round of the Mid-West Pro Mod Series’ 2019 calendar, and that takes us to Xtreme Raceway Park in Ennis, Texas…and it’s gonna be a hot one this weekend! Yes, it means that McTaggart is going to sweat off a few pounds in the July heat, but that is the least of what’s going down at the track. At press time, in addition to the quality racing that MWPM puts on at their events, we know that $5,000 is on the line for a race between Keith Haney Racing and Chad Green Motorsports during the first round of qualifications, and there will be two more big names competing this weekend: “Daddy Dave” Comstock and Shawn “Murder Nova” Ellington will be racing with the usual suspects!

This is the first time that MWPM has raced at XRP. A few teams have tested there but for the majority, this will be green territory, which should make things all the more interesting. Currently Aaron Wells is leading the Pro Mod class in his supercharged 1968 Mustang, with Justin Jones’ C7 Corvette and Jim Sackuvich’s nitrous 1969 Camaro following behind. X275 radial racing will be present and accounted for as well, so if you’ve missed DOT-legal drag racing, fear not.

Qualifying is scheduled to start at 7 p.m Central time on Friday, July 12th and the racing action will start at 6 p.m. Central on Saturday. This is to mitigate issues with the heat, which around this time of year is an honest safety concern. It’s still going to be hot at night with all of the action that will be happening! 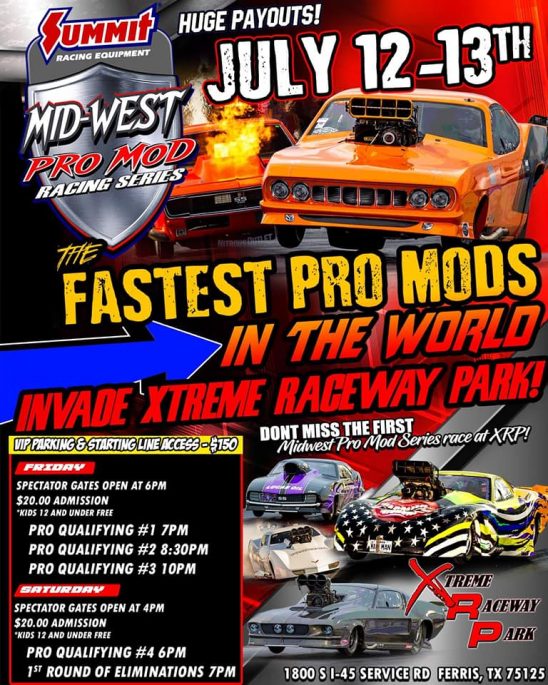 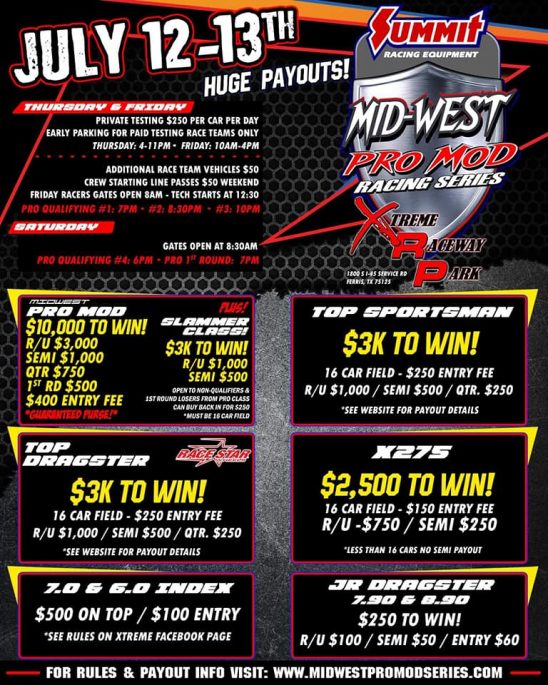 Classic YouTube: There Can't Be Many Geo Storm Hatchbacks Left, Can There? Coolest Race Car Transporter Ever? The Restored Ecurie Ecosse Bus Hauler Is Absolutely Amazing

3 thoughts on “The Mid-West Pro Mod Series At XRP In Texas Is Going Down! WATCH LIVE SATURDAY EVENING!”