The Places They Raced: An Abandoned Street Racing Haven 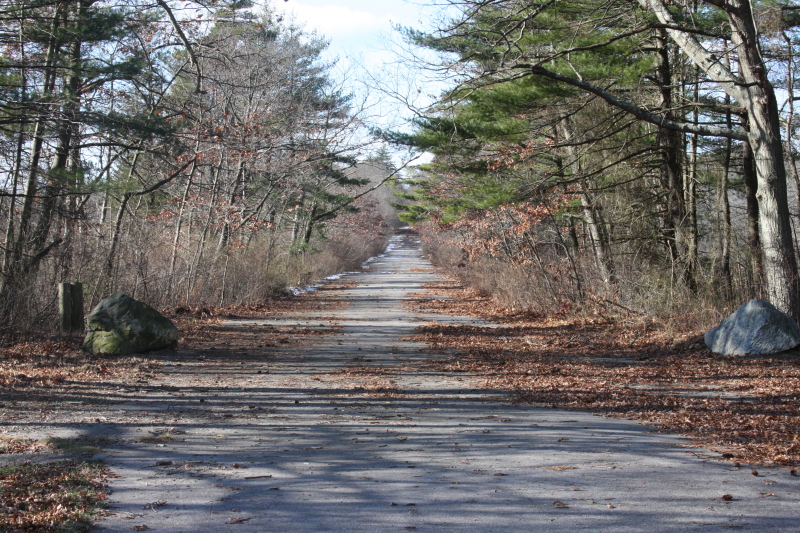 It is a straightaway to nowhere located off a bustling secondary road in Braintree, Massachsuetts. Ironically, it is now part of a nature reservation, but for several years in the 1960s and early 1970s, this abandoned state highway project was home to one of the craziest street racing hives in Massachusetts. The details, like all things involving street racing, are fuzzy, and some of the stories conflict, but the basics have been confirmed by nearly everyone we have chased down about this now dormant strip of asphalt in the woods. The “Braintree Quarter-Mile” was more or less an actual drag strip without all those fancy rules and timing equipment.

We first heard of this place from a gearhead friend who frequented it during his misspent youth. Stories of full-on race cars pitting in the arena that used to exist across the street, cars and spectators lining an already narrow road, and eventually the closure of the place by state authorities had us spellbound. Then we found out it was still there.

Our details were accumulated from the guys who raced there, and memories have a tendency to get a little more colorful as time goes by, but without mentioning the fact that we had spoken to other people about the spot, their stories lined up. This place was legit.

Constructed as the beginning of a highway onramp, the road has a slight dogleg before turning into an arrow straight piece of asphalt that runs off into the woods. It runs off into the woods because state officials decided to put the on ramp in a different location and cancelled this project when it was about half done. It took local hot rodders about ten seconds to figure out what they had in their midst and almost immediately the action began. Best we know, racing began in earnest somewhere around 1968.

The police were not ever a major factor as the land posed a weird jurisdictional problem. Braintree city police were not interested in patroling the area because the actual land where the track was belonged to the state. The MDC (Metropolitian District Commission) police were the guys with the jack to shut the whole operation down, but for one reason or another, aside from occasionally shooing people away, no one seems to remember any major busts or shut downs by the police, and from the stories there would have been reason to.

Across from the track stood the Ridge Arena, a 5,000 seat hockey rink that also hosted concerts, most notably Janis Joplin in 1968. The parking lot of the arena served as the pits for racers who literally trailered their cars to the spot. Reports of dragsters and altereds showing up came from multiple people, independant of one another.

The fun was hot an heavy until an accident injured some spectators and the authorities who had previously seen the spot as somewhat of a godsend because it kept the action confined to one part of the area, decided to end the fun. They placed boulders and fill at the enterance of the track and thought that was that…until the racers moved all that stuff out of the way and continued racing. A second incident caused the death blow. Asphalt speed bumps were placed about every 100 yards down the track and a guard rail and gate were placed at the entry point. That truly was the end, and depending on who you talk to it came in 1973 or somewhere thereabouts.

We went to the spot last winter and shot this gallery of photos. It was very cool to walk the track, see the signs of high-jinks and actually find the starting line. Here’s an overhead view of the “strip“. Blow it Up Sunday: Pro Mod Clutch Destruction Like None Other Killer Historic Drag Video: Highlights From Arizona's Beeline Dragway Circa The Early 1970s

2 thoughts on “The Places They Raced: An Abandoned Street Racing Haven”