The Steak, The Steam, The Suffering: Finnegan’s Woes Leading Up To The Showdown 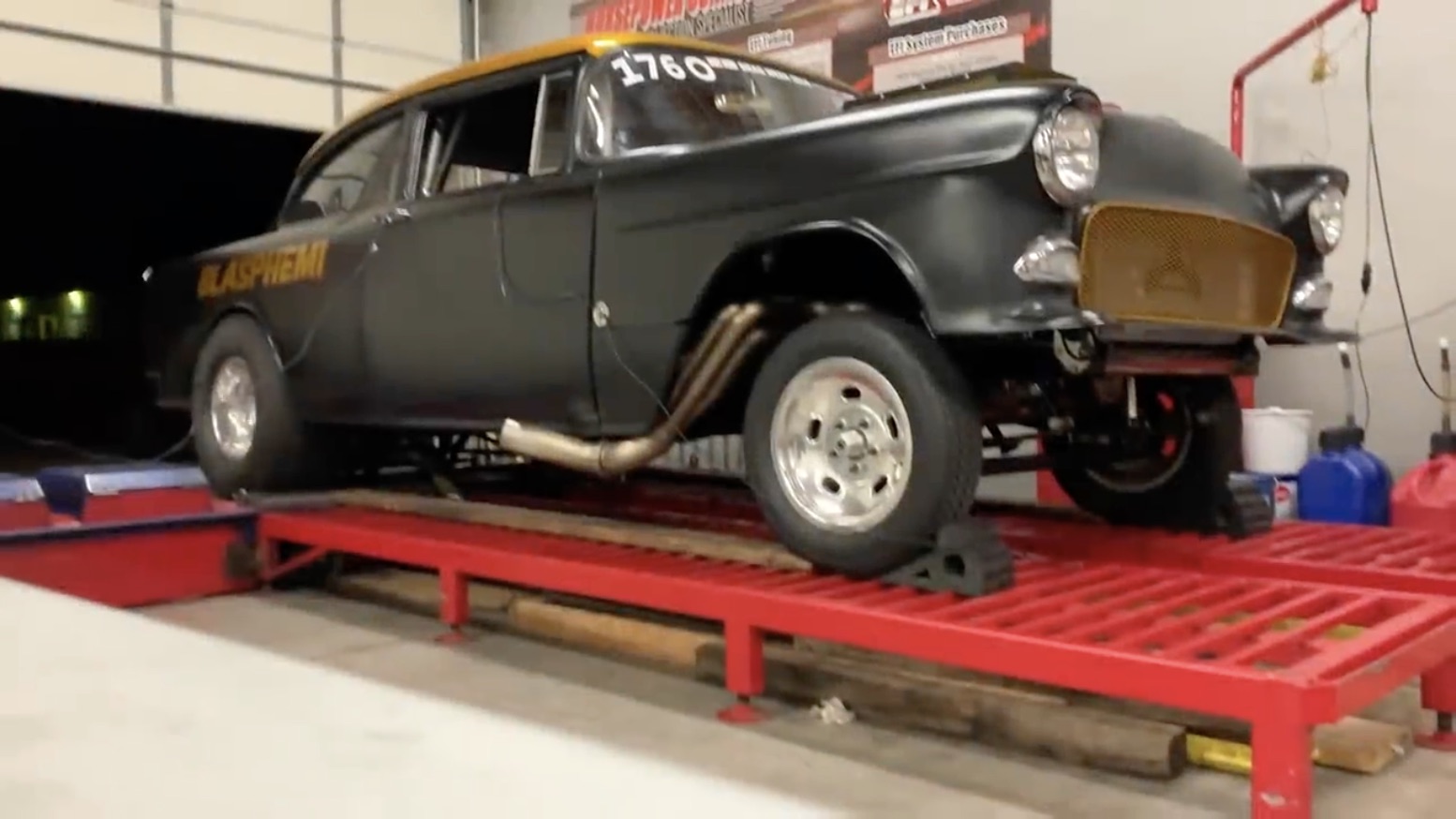 By now you already know how this story plays out: Mike Finnegan packed his 1955 Chevy, “Blasphemi”, into his newest car hauler, grabbed a couple of friends to come along, and headed west, with the final goal being a call-out match race against Jon Chase from Hoonigan at Pomona. Both cars proved to be problematic but in the end, Chase’s day was done when his clutch promptly told him to pound sand during the critical 1-2 shift on what otherwise would’ve been a solid run, handing Finnegan the win…and handing Chase over to Goldberg for the beard trimming. We’ve shown you Chase’s woes as they happened, but other than the small clips of video that Finnegan provided, we hadn’t heard much in the way of what happened to Blasphemi.

Here’s what happened: on the way out to Arizona, the gang stopped in Texas and Finn’s buddy Mike decided that four pounds of beef, plus extras, would make for a nice road trip snack. (Our stomachs are both lusting after the steaks, which looked amazing, and cringing at the end result that Mike must’ve suffered. Dude…why?!) When the truck arrives at the dyno spot in Lake Havasu City, however, the Chevy throws the mother of all tantrums and it suddenly looks like a lot of poo is falling towards one gigantic fan. You know that Finnegan made it to Pomona…but here’s the back story on just how close Finnegan came to becoming beardless!

3 thoughts on “The Steak, The Steam, The Suffering: Finnegan’s Woes Leading Up To The Showdown”