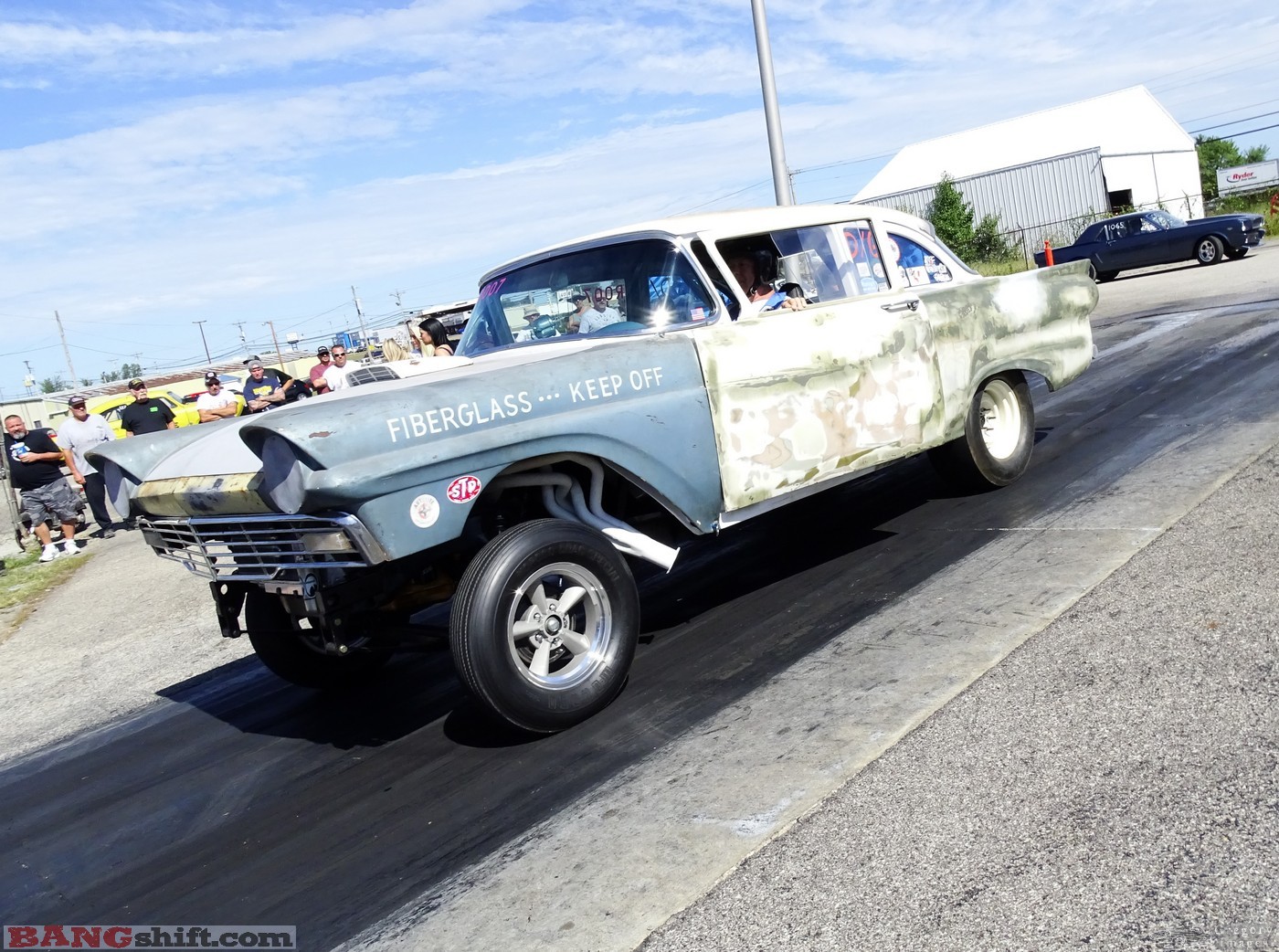 (Words and photos by Doug Gregory) – Last group from this event.  I mentioned in the previous gallery that there were two non-straight-axles in the SAM coverage.  The 2nd can be found in here and I’ll explain its inclusion.  Paul Combest has been running with SEGA under their tight rules, but in H/gas which started as an exhibition class is now a competition class.  Paul has worked long and hard at making his bug authentic to the days when these flat-fours were a force to be reckoned with in the gas classes.  This thing will give many V-8s a serious run for their money and he comes to a few SAM events every year to have fun and support the Nostalgia side of it.  At this event he made a handful of wheels-up passes and loaded up before eliminations due to prior obligations.  He is currently working on another bug with a straight-axle so he can officially run with SAM.  Paul has also done all this through little funds and lots of sweat equity.  Cool stuff.

Lanny Wead has provided great burnout and launch shots for me over the years, but this time around he reset the bar for front wheel height and wheelie length that I’ve seen at this track.  The photo you see here of Toxic’s big one was not the highest it got.  Obviously I was positioned to capture a ‘normal’ two-foot wheelstand and he eclipsed that height after rolling forward about as much.  My frames show the front tires lifted before the rears had rolled enough to notice.  All is well.  I am unaware of any damage and was not willing to ask if he needed to change his shorts.  Glad I caught some of this run.

I don’t know much about the ‘Straight Shooter’ Falcon other than I believe it’s Ford-powered and this is the first time I’d seen it run.  It’s a no-drama machine and just goes along with its own program.  Light burnouts, hard launches, goes straight and turns 6.50s like a Swiss watch keeps time.  Maybe one day I’ll have a car this sorted and quick.  Not going to happen unless I get my tail in gear.

Thanks for following along.  Look for the SAM season finale and the battle for the points championship to be decided.

Suspension Tech Video: How To Calculate Spring Rate With The Guys At QA1 - Get It Right The First Time Engine Restoration Video: Watch A 1929 Maytag Washing Machine Gas Engine Get A New Lease On Life