The View Of The 1955 Chevy Match Race, From Finnegan’s Eyes! 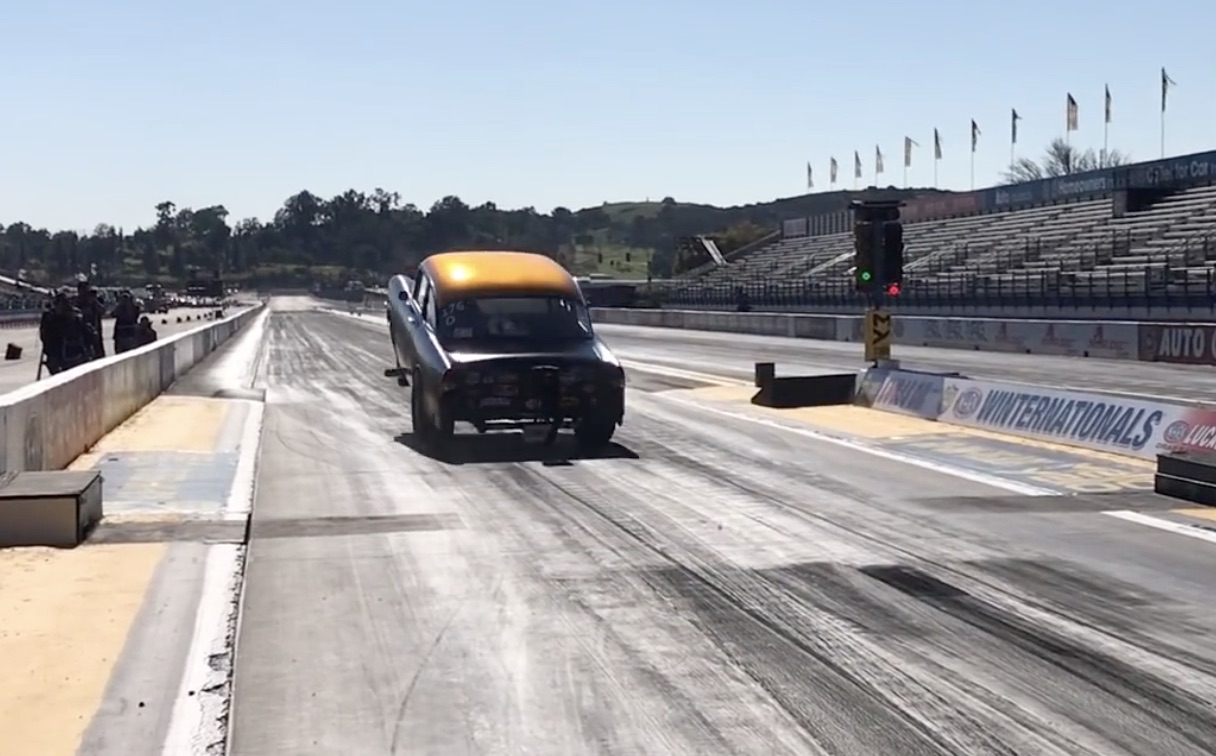 By now you pretty much know the story: Jon Chase from Hoonigan and Mike Finnegan had a best-of-three match race at the NHRA Winternationals in Pomona, California. The first race, Finnegan straight-up spanked Chase’s “Tri 5 by Fire”, but a lot of that had to do with the fact that Chase was running a junkyard-sourced LS mill while his real engine was being repaired on the double, thanks to a late dyno session fragging. Not that Finnegan didn’t have his share of troubles…while dyno-testing in Arizona, the Hemi in “Blasphemi” started introducing coolant into the oil, exhaust and wherever else it felt like puking it out of. As a last-ditch effort, it was decided that the engine would run waterless for the racing. The second run, Finnegan bogged, Chase started to move and then his clutch packed it up, letting Finnegan fly by for the win. Goldberg grabs Chase, Chase’s beard meets clippers, Chase now looks like Ralph Macchio to a degree.

So you know what happened, right? Well, you’ve seen Finnegan’s story up to the last dyno session in Arizona. Here’s his final video on the events leading up to the final races, including the test-hit wheelstand that shocked the hell out of him, the work done to the 1989 Chevy box truck that has been drinking fuel faster than a platoon of soldiers  drinks the cheap stuff on a Friday night, and more!

One thought on “The View Of The 1955 Chevy Match Race, From Finnegan’s Eyes!”