The World’s First (and Only) 6.2L Raptor Engine Swapped Fox Mustang Is For Sale – Stick And 9-Second ETs! 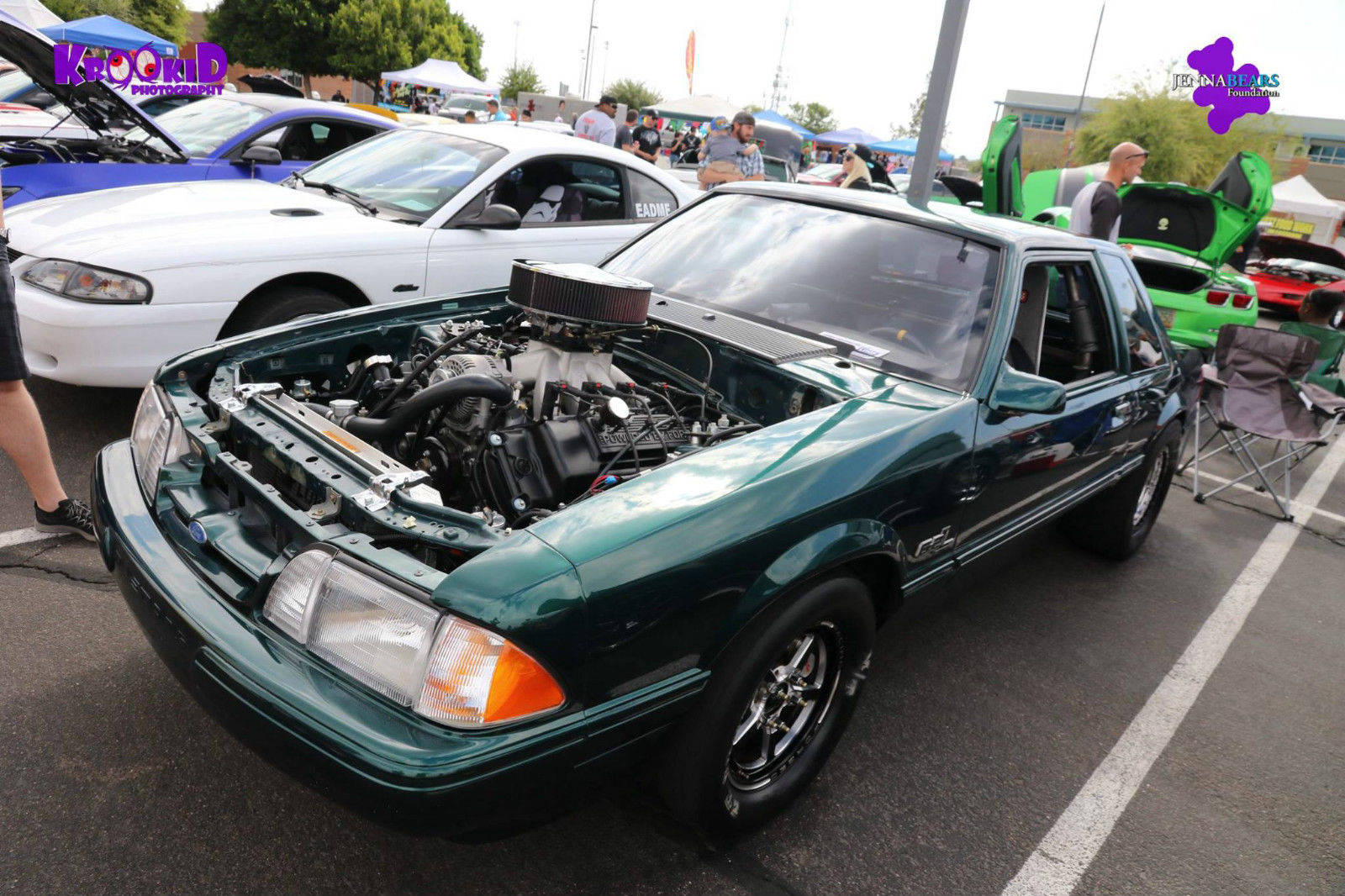 The 6.2L SOHC Ford Boss V8 is an engine that few people have done much with yet. The thing makes some great power in stock form as as time progresses we’re guessing that the “big block” of the Ford V8 family will get more and more love. Right now there are scant few examples of cars built with this engine but the one you see above and below is one of them. This Fox Mustang has a 6.2L Raptor engine in it and it is backed with a stick. Virtually untouched, the car runs in the 9s at over 130mph naturally aspirated! This car is not hacked, it was not swapped in a weekend, it was done at a very high level and when you see the photos below you’ll understand what we are saying. The headers alone look like some of the more complicated snake bundles we have seen in a long time.

Because the engine is virtually stock aside from some tuning work like welding the cams to keep the variable valve timing from messing with the tune up, the car can be street driven and we’re guessing that it gets a LOT of looks. These guys decided to top the engine with a carb and that really added to the height factor so that’s why this car is seen hoodless. There would need to be one nose bleeder of a cowl scoop to cover that mountain up. We’re not sure why they did not go with an EFI setup on the car that would have kept the engine height down but that was their choice and obviously it runs like stink.

Outside of the engine, the fact that they backed it with a gear jammer is cool to us. The Liberty Gear TKO 500 has been worked up with 2nd and 4th gears face plated along with cryo treating and lots of detail finish work to keep the thing alive in the brutal environment of the drag strip and during powershifts on the street.

We love stuff like this that is different, fast, and highly executed. Hit the link below to learn the full story on the car and oh…it is for sale! 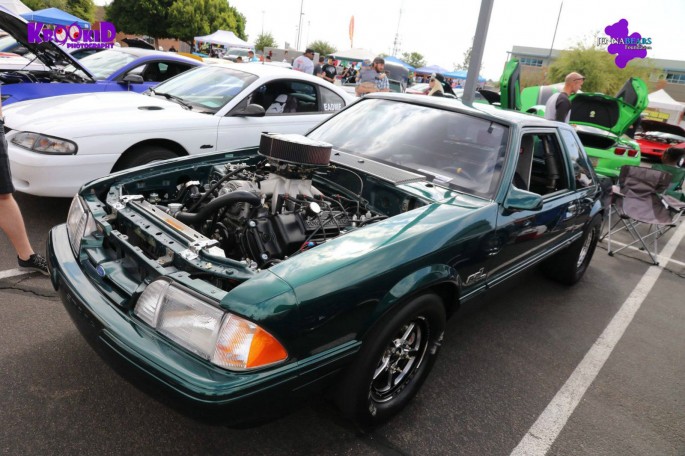 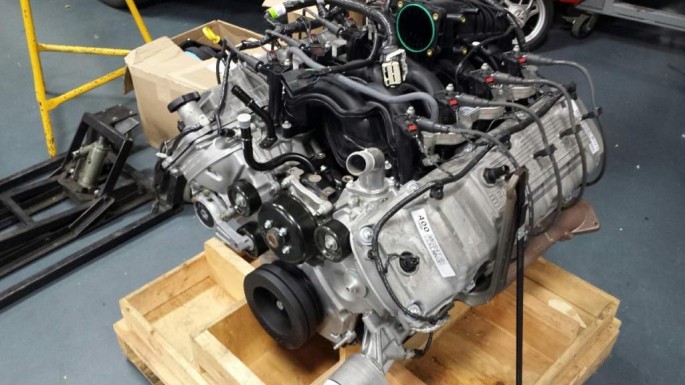 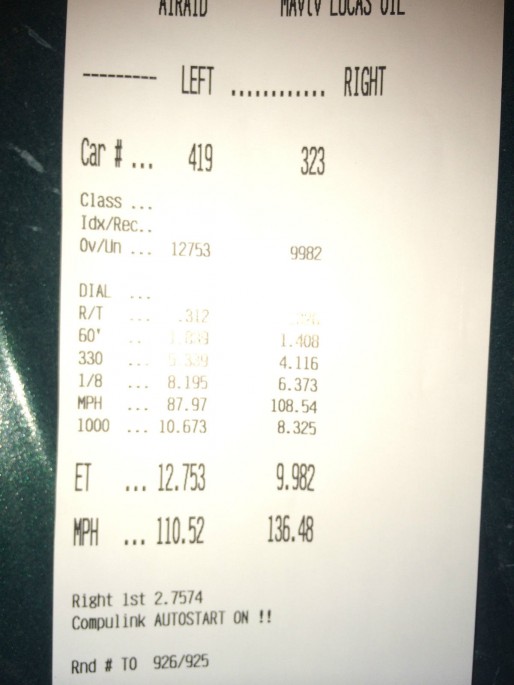 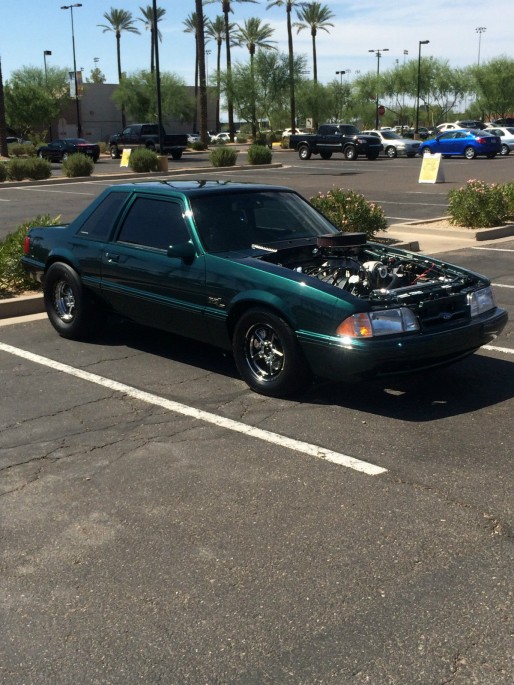 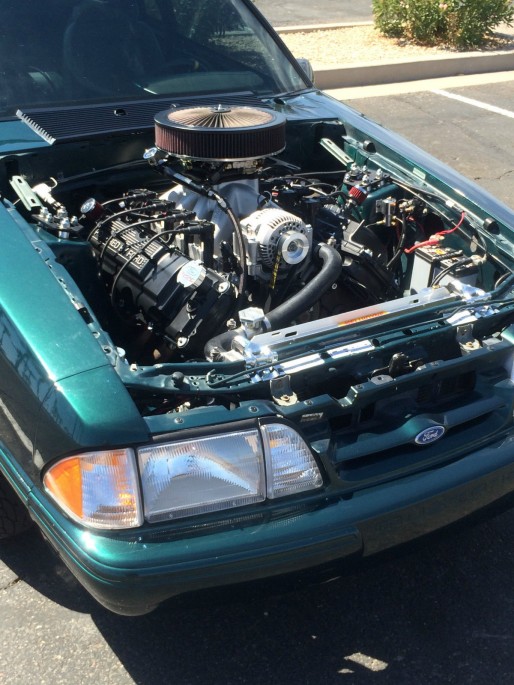 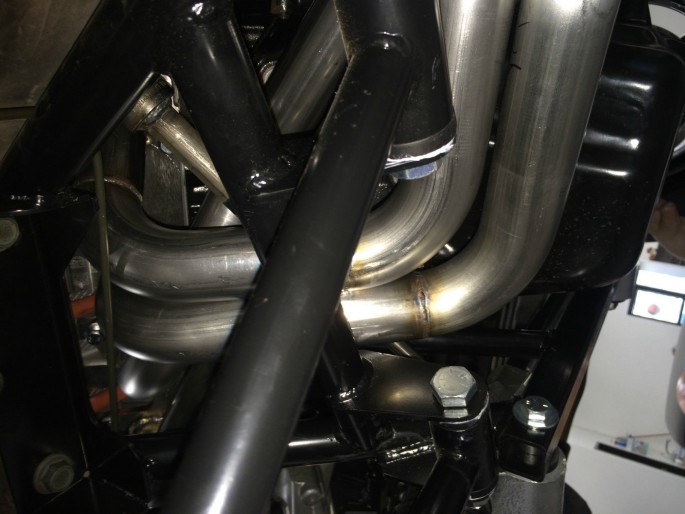 CLICK HERE TO SEE THE LISTING FOR THIS UNIQUE MUSTANG

Here's How Hard Secretariat Would Have Hammered American Pharaoh At Belmont - Neat Split Screen Video This 1969 Dodge Dart Is For Sale Right Around The Corner...Danger, Danger, Danger

10 thoughts on “The World’s First (and Only) 6.2L Raptor Engine Swapped Fox Mustang Is For Sale – Stick And 9-Second ETs!”