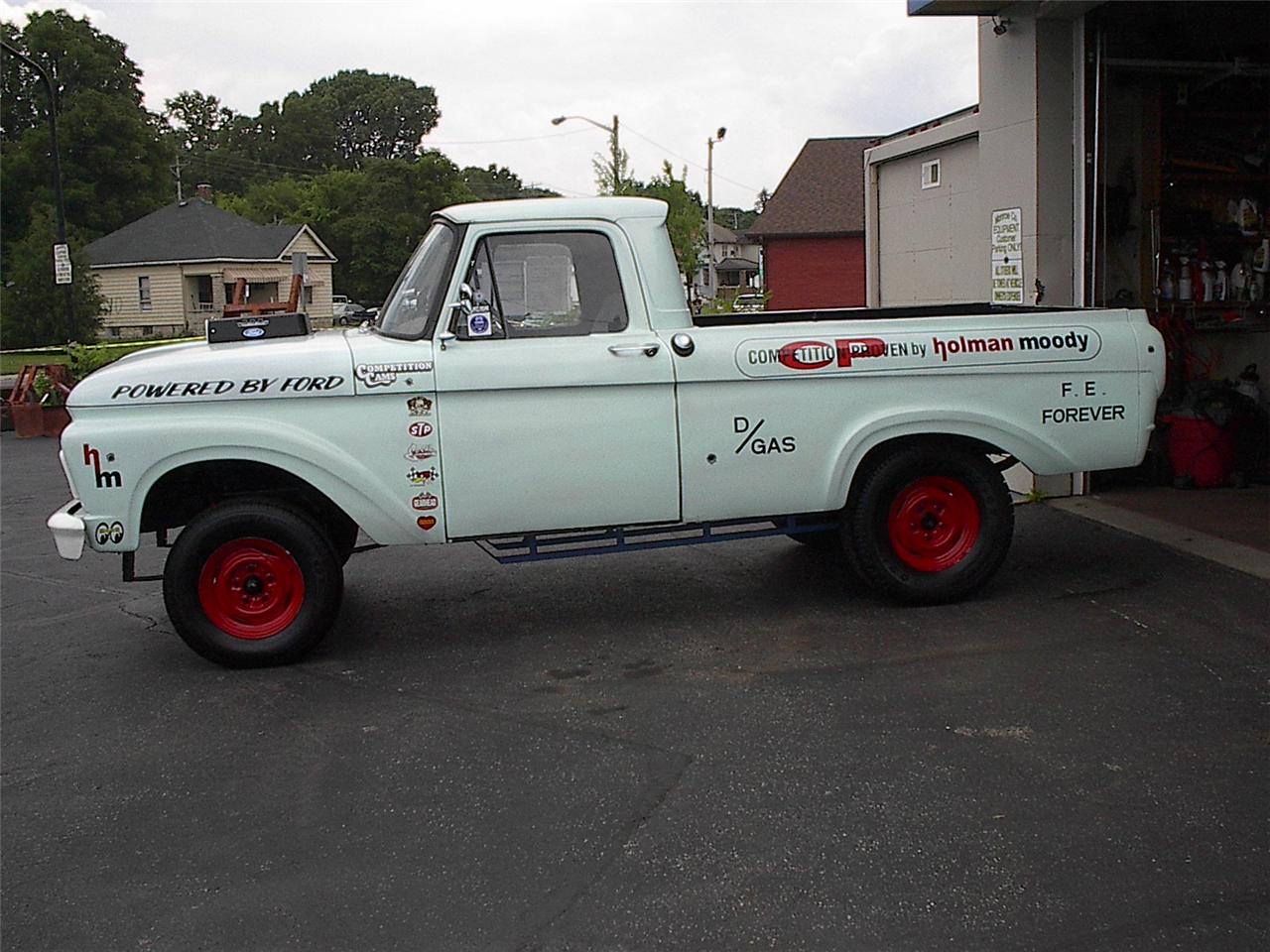 We’ve got to admit to being a little flummoxed as to understanding why more guys don’t build old trucks into street gasser looking creations like this one. While there were not all that many trucks competing at strips during the 1960s there were come notable exceptions. The Dick Boynton driven Dodge being a big one. That thing ruled and the look is freaking great. This 1962 Ford isn’t perfect but with a few alterations it could be a super great cruiser and a really fun rig.

Overall, we love this truck and the changes we’d make if it landed in our garage would be minimal. We’d strip the column of stickers that run north to south ahead of the door on the front fender and ditch the FE Forever lettering on the rear quarter panel. Lastly we would cut down or replace the Ed Roth style shifter in the cab with something less cartoony. Other than that? Let ‘er rip!

The 390 engine has been rebuilt and treated to a .060 overbore, Edelbrock aluminum heads, a COMP lumpy cam, and all new fresh guts. The transmission that the weirdo shifter is hook to happens to be a top loader four speed so that’s good. Out back is a Dana 44 axle with 3.92 gears and some Hoosier rubber on the ends.

While the truck is not a cornering machine with is parallel leaf front suspension, that’s not the point. This bouncing baby of a truck would stand out at cruise nights and we’d have to throw some pie crust slicks on the back at the strip. With that engine combo and the steepish gear we bet it would run a decent number and on the street we’re sure that you could boil those rear tires right off the back of this sucker with no issues. Note the period looking ladder bars shown in the photo above. Love it!

What do you think? A couple of cosmetic changes is all that we’re looking for. What would you do? 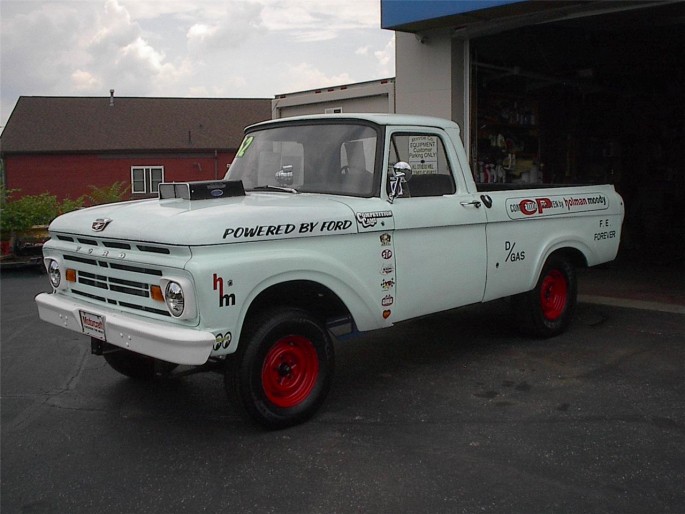 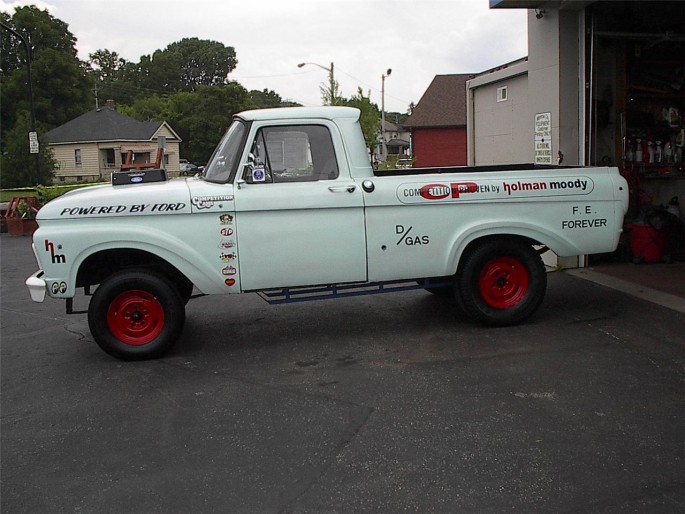 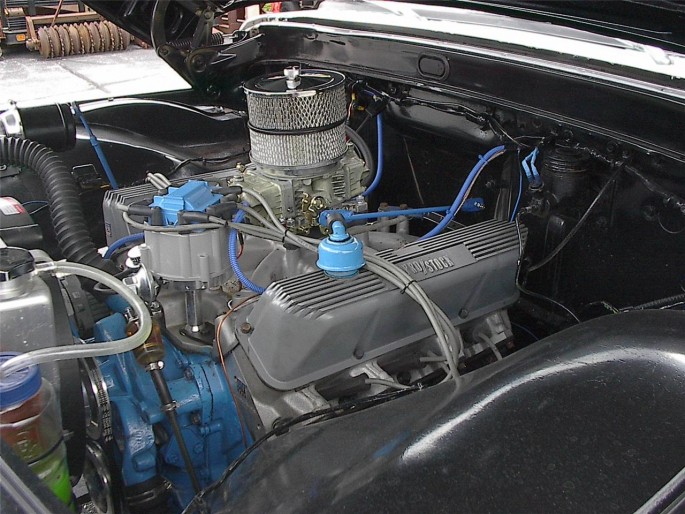 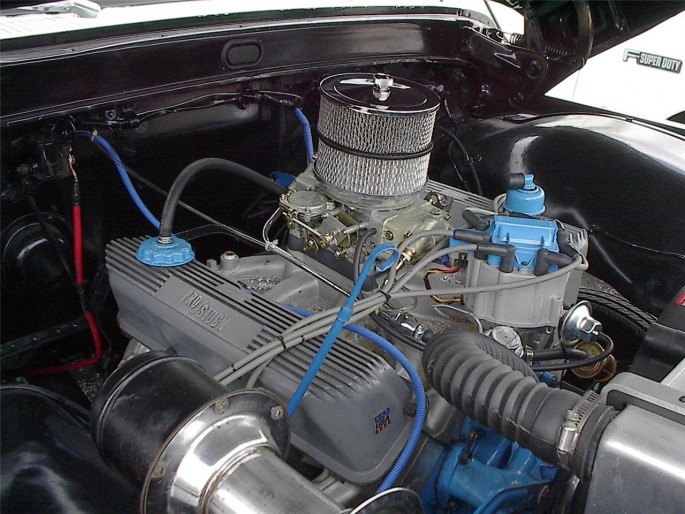 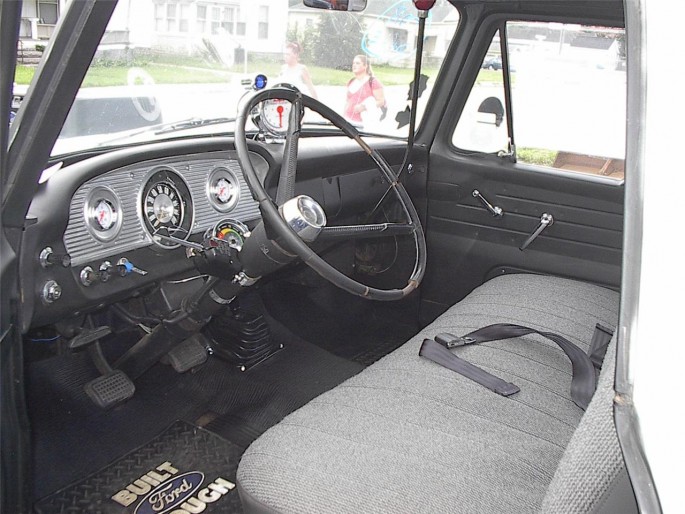 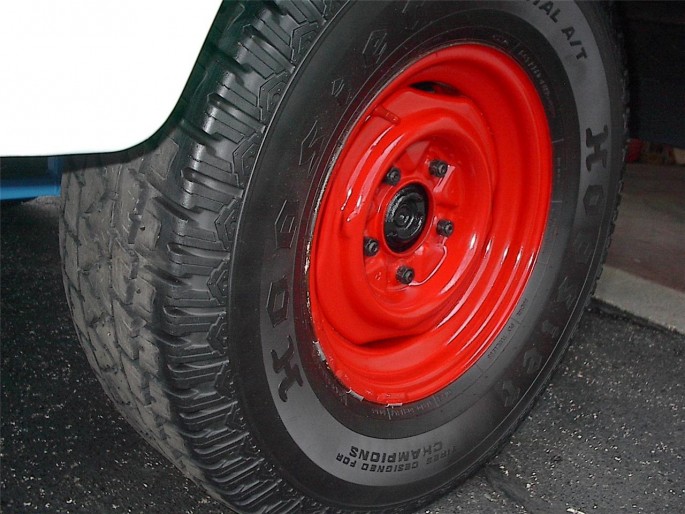 CLICK HERE TO SEE MORE OF THIS COOL 1962 FORD TRUCK

Simple, Square, and Sweet! This Pro Touring 1955 Chevy Gets It Right Building An Aluminum Block 409 Engine? MSD Has A Ready To Run Distributor For You!