This Profile Of A Unique, Supercharged, Model A Coupe “De Livery” Is Well Worth The Watch – Neat Car! 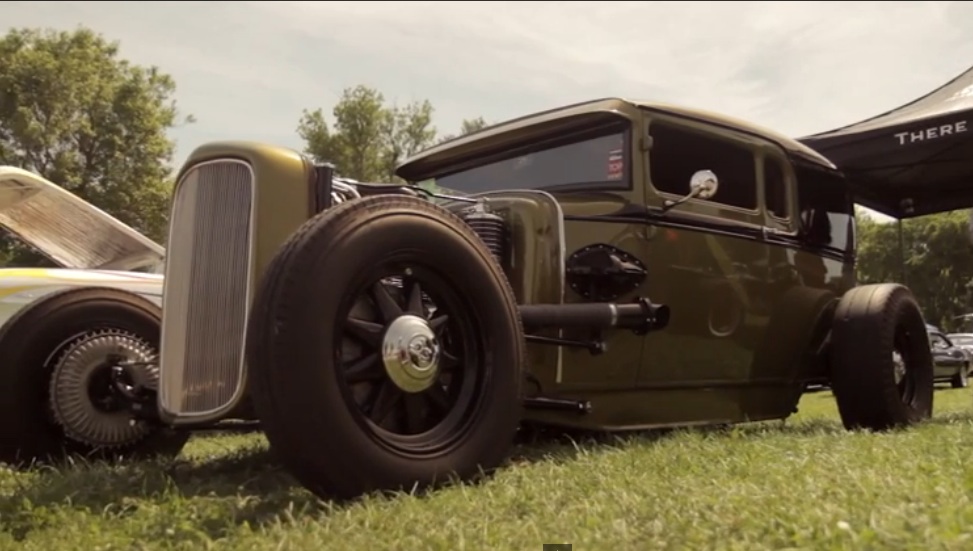 Creativity is an interesting thing in hot rodding. We always want to see stuff that is different but at the end of the day we want to see the stuff that is different AND that fits our personal taste. That’s what makes it hard for someone to take an awesome existing platform like a Model A and twist it into something completely new and awesome without having people stick their nose up on the way by at a car show. Ben Smith not only did something different with his Model A he did something completely awesome and for all the right reasons.

Wanting the coupe look with the practicality he needed to haul his family with him, Smith took a Model A sedan, moved the window up 18-inches and got himself something that looks like a modified sedan delivery, hence the name! The engine is a flathead with Evans heads, a modified McCulloch blower, and a pair of Holley 94 carbs handling the 7psi that the huffer is sending through it.

Smith did everything but paint the car including sewing up the interior. That may be our favorite part because when asked about the sewing skills to do that job he said that he learned to sew from watching YouTube videos. Who says nothing good comes from the internet?! This dude applied that knowledge and the work is magnificent. We’re actually kind of jealous of his talent!

This is a car that’s unique and cool, built to the owner’s vision, and one that we’d love to cruise down the open road in. Way, way cool.

Watch This Insane Video Of A Dude Driving His Snowmobile Off A Cliff And Using A Parachute To Save His Bacon Show Coverage: We Go Inside At The 2015 Street Machine And Muscle Car Nationals

3 thoughts on “This Profile Of A Unique, Supercharged, Model A Coupe “De Livery” Is Well Worth The Watch – Neat Car!”