Sep 23, 2019Brian Lohnes1320 Videos, BangShift 1320Comments Off on This Video Of Gary Phillips Blowing Up A Funny Car And Ending Up In A Farmer’s Garden At National Trail Raceway In 1986 Is Nuts – Driver OK 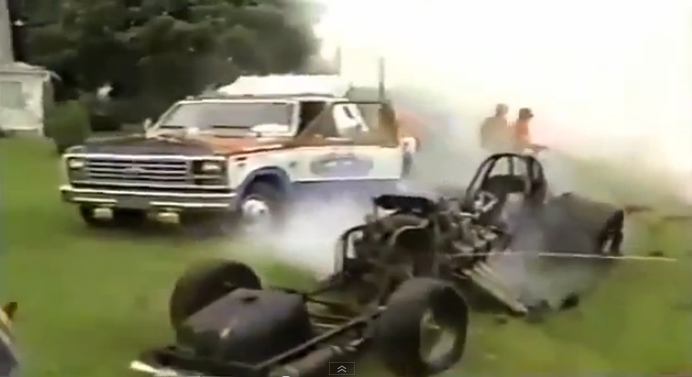 Australian driver Gary Phillips had one of the scariest rides in NHRA history during the 1986 Columbus national event. National Trail Raceway is a pretty short place and when this event had taken place, the NHRA had a sand trap and a policeman stationed on Refugee Rd which runs across the back of the race track. The policeman was there to stop traffic in the event a car came shooting off the end of the place. The last factor was a guy named Herb White who lived in the home on the other side of Refugee Rd. He had a garden that he relocated before the 1986 event. Good move Herb. To this point in the track’s history, no one had fully left the ball yard and frankly before this event there was a good reason.

During the 1984 race, top fuel runner Doug Kerhulas lost the parachute on his car and he careened into a couple of aircraft style catch nets at over 200mph. They stopped him in mere feet. Amazingly Kerhulas was not killed and later made a full recovery and actually drove a dragster again. It seems a strategic change was made with the sand trap and open ended track. Now the track is still open ended, there’s still a traffic light, and instead of a garden, there’s a sand trap where Herb White’s produce used to grow. Seriously.

We’re not sure if Phillips crash facilitated all of this but we do know that when we were last there in the mid-2000s for a NHRA Sportsnationals, there was a large gate that was swung open, a police man would stop traffic from crossing the end of the track when cars were running and the sand trap is in the front yard of there house you see in this video. In fact, it is directly where Phillips stopped.

As far as the wreck goes, it is a classic 1980s funny car engine failure and blaze with the car kicking at least one rod out through the oil pan with the oil lighting on fire when it hits the red-hot headers. This in turn sets the fiberglass body on fire and everything goes to hell in the blink of an eye. This crash is pretty amazing on a couple of levels. Firstly, you’ll see that Phillips is obviously 100% engulfed in hellfire but still steering the car like a boss. How do we know this? The car spins backwards and he manages to steer it around so that it enters the sand trap nose first. It is incredible. Unfortunately, things don’t get immediately better.

The classic problem with a sand trap shows its head here and that’s always the entry point. At this track and many others the trap has a slight lip at the entrance. This serves to launch the car and send it skittering over top of the sand that is supposed to be slowing it down. In the case of Phillips, that meant he crashed through the temporary fence and ended up in a person’s yard and that meant the TV cameras, safety safari, and police did, too. The car was a crispy loss but Phillips looked to be unscathed in the video. Brock Yates and Steve Evans are on the call!

Below the photos here’s some photos of the track!

PRESS PLAY BELOW TO SEE GARY PHILLIPS EXPERIENCE ONE OF THE SCARIEST CRASHES IN FUNNY CAR HISTORY! 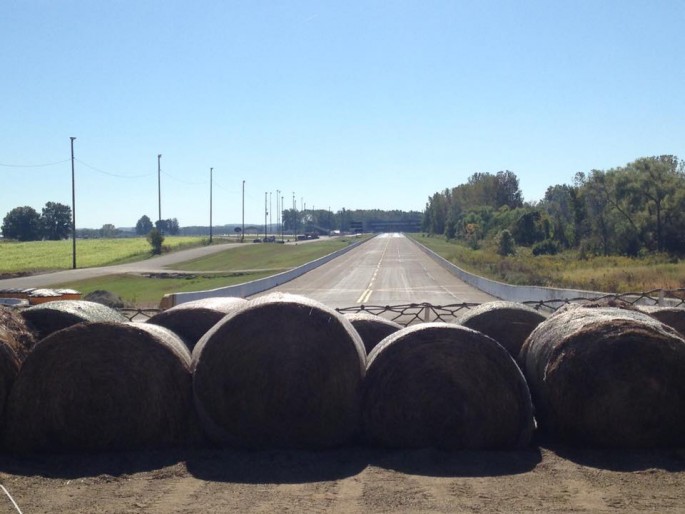 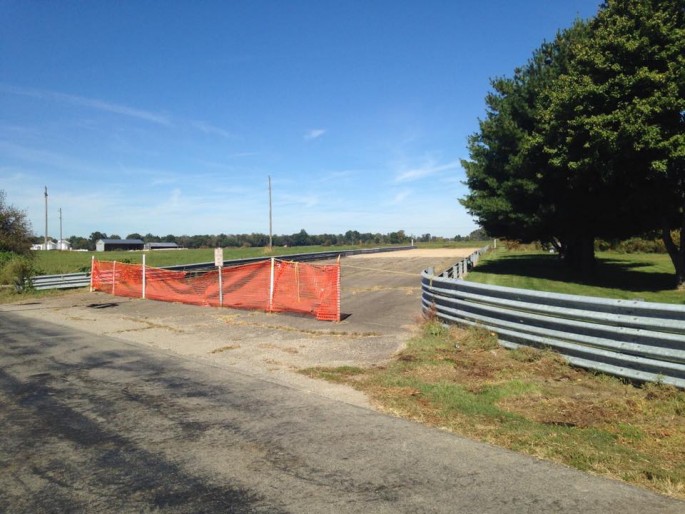 Watch A Master Blacksmith And Woodworker Craft A Carpenter's Axe From Nothing -- Enthralling, Awesome Video Survives And Thrives: This 1980 Ford Fiesta Has Somehow Managed To Live!