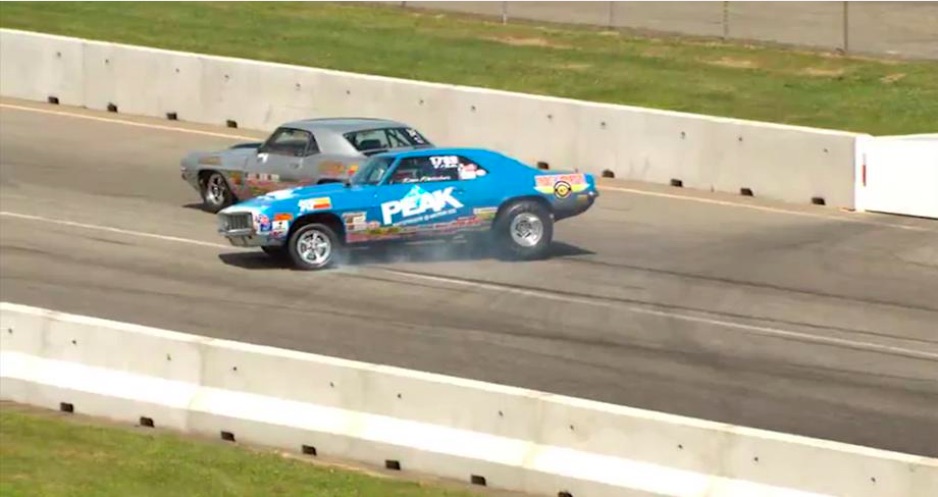 This is one of the most wild and dramatic pieces of stock eliminator video ever caught on camera. You are about to see Peter Biondo and Thomas Fletcher cross the finish line at Epping during the 2016 NHRA New England Nationals and have one of the craziest close encounters in NHRA history. Not a stitch of paint was traded, not a fender was dinged, but some underwear was definitely ruined. Captured by the slow motion camera at the top end, there’s a bizarre graceful nature to the whole affair that certainly did not present itself in real time and at full speed. It was terrifying to watch then and just amazing to watch now.

How does this happen? If you are familiar with bracket racing one of the techniques that can be used is the heavy application of the brakes at the top end in an effort to feed your opponent the finish line and cause them to potentially break out. ON this occasion, the braking upset the chassis of the car and send Thomas Fletcher on the ride of a lifetime in his family’s 1969 Camaro that is most often piloted by his father Dan.

Thomas is one hell of a racer and Peter Biondo is literally one of the greats of all time. The two of them came very close to having very bad days. Thankfully the only real suffering here was had at the expense of the Mickey Thompson tires on the car! 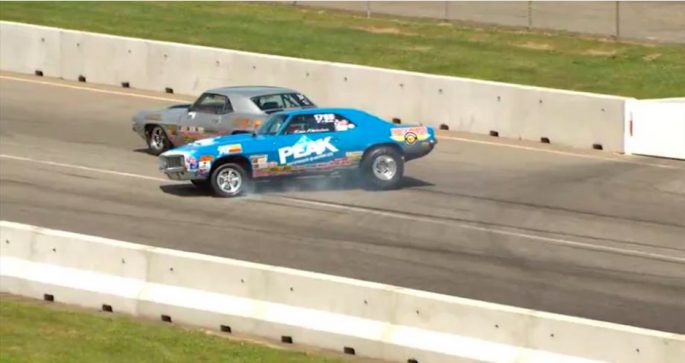 Listen Up: NHRA Insider Podcast Talks About Epping and Who's Hot For 2021...Along With Who's Not Amazing Video: Watch The Detailed, Involved, and Super Interesting Process Of Building A Tiny Connecting Rod!

3 thoughts on “Power Slide: Watch Thomas Fletcher Spin The Family 1969 Camaro At Epping And Hit NOTHING”