Thrill Of Victory Video: Watch The Awesome and Emotional Reaction A Bracket Finals Win Brings On 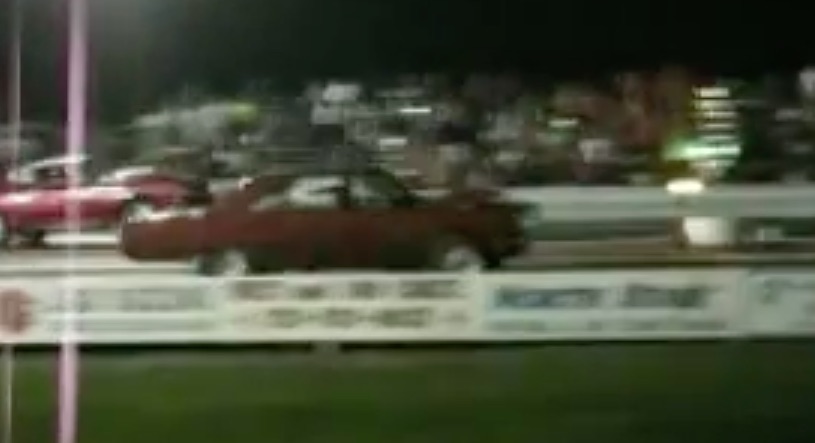 (By Jason Mazotta) – Drag racers have a number of reasons why they love the sport; the acceleration, the speed, the sound or smell, but for some it is seeing the win light at the finish line. This video epitomizes the exhilaration of winning, and captures the excitement that can be infused in the team standing behind the racer in their biggest win.

With summer nearing an end, the NHRA/IHRA bracket final races are just around the corner. It is the single race that can make or break the season for so many of the best bracket racers in the country trying to win their division and move on to the NHRA World Finals to race for a national championship in their respective class.

This video is a flashback to the 2010 Division 1 Bracket Finals at US 13 Dragway and the Pro Eliminator final round, where Butch Weinrich is racing for himself, his family, as well as the huge group of racers and friends that he usually competes against at Capitol Raceway, but at this once a year race, he can call them all his teammates as they cheer him on.

Weinrich brings his ’69 Dodge Dart to the starting line, leaves with a good reaction time, and runs close enough to the number to turn on the win light…and the celebration that ensues will bring a smile to anyone’s face that has competed and understands what Weinrich has gone through in working all season to qualify for the bracket finals team, and then work his way through some of the toughest racers in order to win and qualify for the World Finals (where he went to California and won it all!). From the pom-poms, to the air horns, to the near mosh pit, you can see the excitement and pure joy from the friends of Weinrich, but it is the emotion from his wife and daughter that are supporting him from the front row of stands that makes this video the perfect example of what it means to win at this level.

Enjoy the moment with the Weinrich’s and their friends, reliving their biggest win from 2010.

Get A Complete, Reman, M35 Deuce And A Half Multi Fuel Engine Right Here! Mental Note: Use Less Boost! Watch This LSx Mustang Get All Four Wheels Off Of The Ground At LS Fest!

4 thoughts on “Thrill Of Victory Video: Watch The Awesome and Emotional Reaction A Bracket Finals Win Brings On”