Throwing Down Old School: This Chevy Opala Has An Inline Six, Webers, and Manual Transmission (Video) 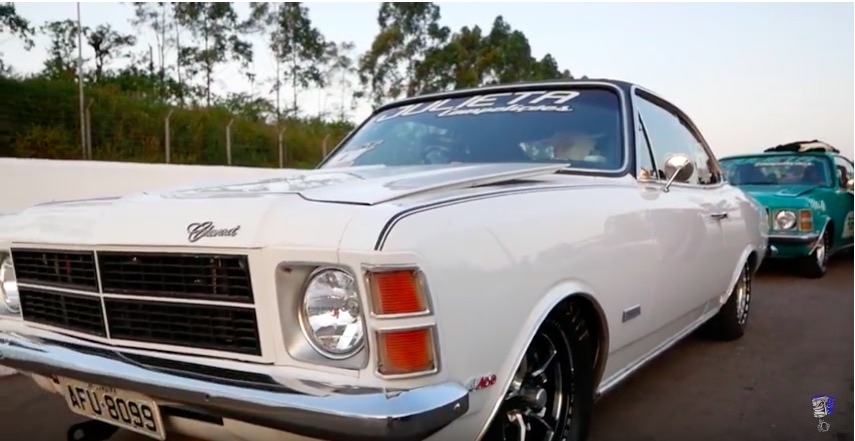 It may not be the quickest way, it may not be the trickest way, but putting an old school hot rod together like this one is by far the coolest way to go racing. The Brazilian Chevy Opala that is featured in the video below has an inline six engine, three Weber carbs hanging off the side, and a manual transmission hooking all that fun to the back of the car. The machine is clean and frankly it is beautiful. Wearing a factory style paint job and a vinyl roof it is finished in the same vein as many high end muscle cars are here in the USA. The beauty is under the hood though.

As we have told you approximately 4.1 million times in the past, the Chevy inline six engine is the dominant power plant of choice for hot rods in South America, especially Brazil. These guys have worked these engines into pieces that no one could have ever seen coming when the mill was first being designed. The fact that this one is naturally aspirated is neat to us and the fact that there’s a triumvirate of Weber carbs feeding the air and fuel to the engine makes it that much better.

As you will see, the inside of the car is as clean or cleaner than the outside. The shifter struck me as kind of industrial/big rig looking but from the in car video you’ll see that the driver has that situation handled perfectly.

This is a great, old school example of a Brazilian hot rod. We’re in love!

2 thoughts on “Throwing Down Old School: This Chevy Opala Has An Inline Six, Webers, and Manual Transmission (Video)”