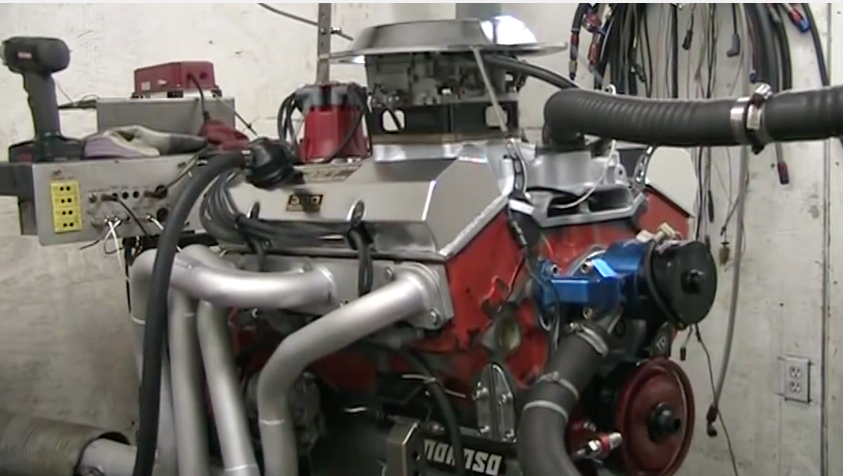 Since today is 3/27  we thought it was only right that we honor the diligent little 327 small block Chevy. The 327 arrived on the scene in 1962 and over the years there were a bunch of different versions. Millions of them powered Chevy trucks in “high torque” form with camshaft grinds far more suited to the low end grunt necessary for the yeoman work that trucks were designed for. In cars, there were economical, low horsepower, small carb equipped 327s that pushed stripper sedans around but the most BangShifty versions of the engine were found in machines like the Corvette and Chevy II.

The 327 is one of those engines that has built a strong heritage in both the muscle car world and the drag racing world over the years. There are thousands of them competing on strips across America each weekend and the 327 in all of its various forms can be found in NHRA stock and super stock action anywhere there is a race. We actually have a 327 super stock engine being dyno tested below and it is a fun watch along with the other 327 videos we have to share.

Engine codes defined the mill through its life. Of course there was the L-76 that was healthy, the L-79 that was a nasty little piece, and the L-84 that was the king of the small block heap for many years with its crazy 385hp factory racing. Of course the engine was equipped with Rochester mechanical fuel injection for a short time as well. The biggest change for the 327 came in 1968/69 when the main journal size was changed from 2.3 inches to 2.45 inches.

The first year for the 327 was 1962 and it debuted with a 4″ bore and a 3.25″ stroke. The hottest version that year, with its famed “Duntov” solid lifter camshaft and fuel injection made 360hp according to Chevrolet. The version with the cab was rated at 340. That was a BIG number for a little engine back then and frankly, it is impressive still today. While the horsepower numbers are fun, the fact is that the 327ci small block was one of the most reliable and anvil like engines any manufacturer has ever produced. Checker made 327s optional in 1966 and installed them in taxis that went on to rack up incredible mileage in tough city environments.

In modern times the 5.3L LS engine which has become one of the most popular engines for use in hot rodding continues the legacy of 327ci GM small blocks and will for the foreseeable future. They can make incredible power on stock parts and there is as vast and deep an aftermarket for them as there ever was for the traditional small blocks of the 1960s. We respect and enjoy those engines but today we’re honoring the “old man” in the family with the videos below. Little displacement and big revs forever!

Happy 3/27 out there 327 owners. You have a little small block that always made a habit of punching above its weight class!